I have to admit, before beginning my research for this post, I was woefully ignorant of the ways of beer. I knew beer generally had four ingredients (water, hops, malt and yeast), and that there were different types of beer (lagers and ales), but I hadn’t really thought about this short recipe came together to make what seems like an infinite amount of different drinks.

I decided to go straight to the source: a brewery! There are several delightful breweries to choose from in Vancouver, and after some tough deliberation, I ended up sitting across from Brewmaster Jack Bensley, at Main Street Brewing Company.

Jack has been with the Main Street Brewing Company since the brewery began, and his beer resume is quite impressive. He grew up touring breweries in the UK (his home country), then went to school to be a professional brewer, and has also done his fair share of home brewing. I was in good hands.

My first question was, "So how do you get the flavours in the beer?" (I know right? I’m supposed to be a scientist). But Jack is a pro and rolled out all the answers for me. He gave me a detailed account of just how brewmasters make unique and flavourful craft beers.

There are thousands of different ways that yeast, malt, and hops that can be combined to make beer, and all those combinations can lead to lots of interesting outcomes. There are also a LOT of additives you can put in beer to give it different flavours, but I’m going to focus on the core ingredients: yeast, hops, and malt.

Yeast is a fungus. Differences in the strain of yeast in a beer will impact the flavour and aroma of the beer. And beers don’t have to be limited to a single strain. One of my favourite beers from the Main Street Brewery, Saison No.7, originally had one type of yeast in it, and now has four!

All beers fall into the categories ales and lagers. The difference lies in the yeasts used to ferment them. Ale yeasts work at higher temperatures, and create a variety of flavour compounds called esters. Esters give many beers their characteristic fruity flavours. Lager yeasts work at lower temperatures, and produce far fewer flavour compounds. For lagers, the malts and hops will be at the center of your taste buds' attention rather than esters.

Yeasts are also often categorized by their profile, which can be clean, fruity, or peppery/spicy.

To create beer, grain undergoes a process called malting, where it is moistened so it’ll begin to germinate, and then the grain is kilned to dry it. Once this is done, the grain has become a malt.

Both the grain that is used in a malt and the length of time it spends in the kiln during the malting process will have effects on the beer flavour. While rice, corn, sorghum, oats, millet, wheat and rye can all be used to make malt, the most popular grain choice is barley. The popularity of barley in beer is due (in part) to its neutral character, compared to other grains. Barley will create sweetness, but without any other distinctly overwhelming flavour.

The colour of beer comes from the malt. Lightly roasted malts will produce light-coloured beers and bready flavours. As the malt is roasted to a darker colour, the flavour profile will move to toffee and caramel. Lastly, darkly roasted malts will produce darker beers, with coffee and chocolate flavours. The flavour strengthens with the length of the kilning, so the darker the brew, the stronger the flavour. 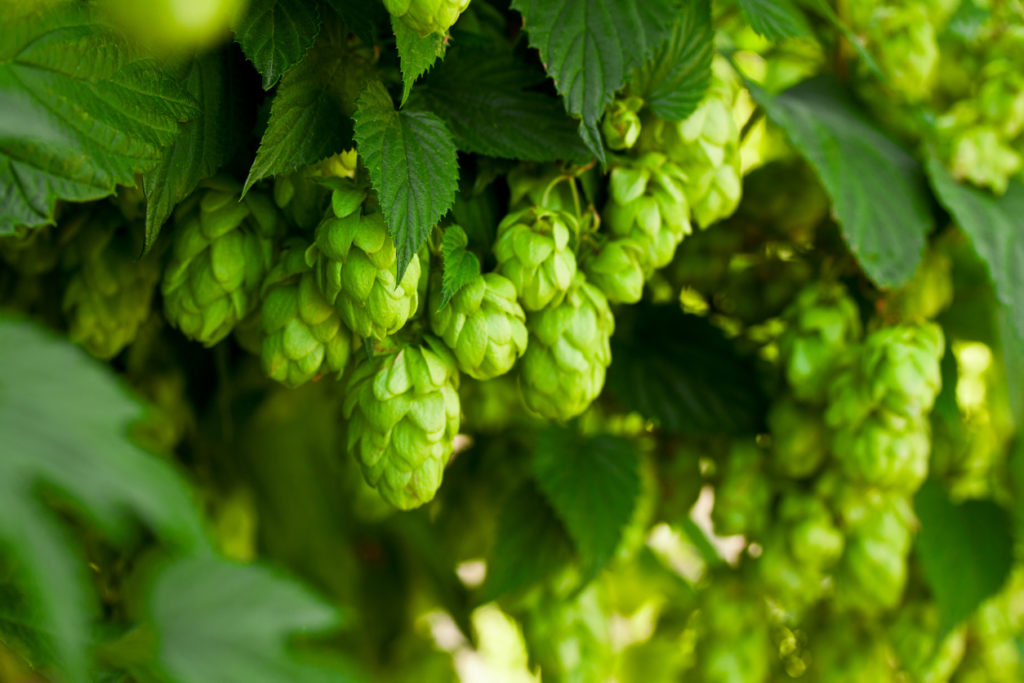 Hops produce a huge amount of delightful aromas, flavours and a certain amount of bitterness. They can be thought of as the spice of the beer: you don’t want to overload your plate with them. Depending on the hop chosen for a beer, it may impart a bitterness that can be earthy, pithy, dry or something else in-between. This bitterness helps balance out the sweetness of the malt and creates a more complete flavour in the beer.

Hops are usually categorized as floral, fruity or zesty. The taste depends heavily on where they are grown. An American hop grown in Europe may have an entirely different flavour profile due to the change in settings.

A new trend in beer has been to use fresh hops, which actually takes a lot of effort since hops wilt off the vine very quickly. Typically, to prevent them from going bad, hops are dried and crushed into pellets, and those pellets are used in the beer. However, for fresh hop beers, the hops are taken off the plant and go straight to the brewery. At Main Street Brewery, Jack has driven to Chiliwack and started brewing with the hops he gathered on that same day, just to get the freshest taste. By skipping the drying process, he’s capturing all the essential acids and aromas, and their flavours are immersed in the beer.

There are other trends in beer flavour—fruit was a big one in Vancouver last summer, and the darker winter days brought a lot of oatmeals and chocolately tones to beers, but flavours are only limited by the brewmaster's imagination. Milk, cucumber, bacon, oysters and even pecan pie beers have been made before. However, the base of water, yeast, malt and hops will always be important in beer making.

I want to thank Jack and everyone else at the Main Street Brewing Company for hosting me, and give a cheers to all beers.