Until the 1960s, robots were only able to perform the tasks they were specifically programmed to do. Today's advancements in artificial intelligence (AI) now allow robots to assess their environments, adapt, learn and carry out complex functions like teaching other robots to perform tasks.

Doctors at Toronto Western Hospital treated a patient who suffered a major aneurysm by performing surgery via a remote-controlled robotic. Dr. Vitor Mendes Pereira, who controlled the robot during the operation, said the machine could perform with precision the work of two surgeons.

As exponential leaps and bounds take place in the field of robotics and AI, here are some trail-blazing women in Canada contributing to the field that you should know about:

"It is not rare for me to find myself disagreeing with, or correcting, much older and more senior experts in the room"

Photo courtesy of University of Toronto. 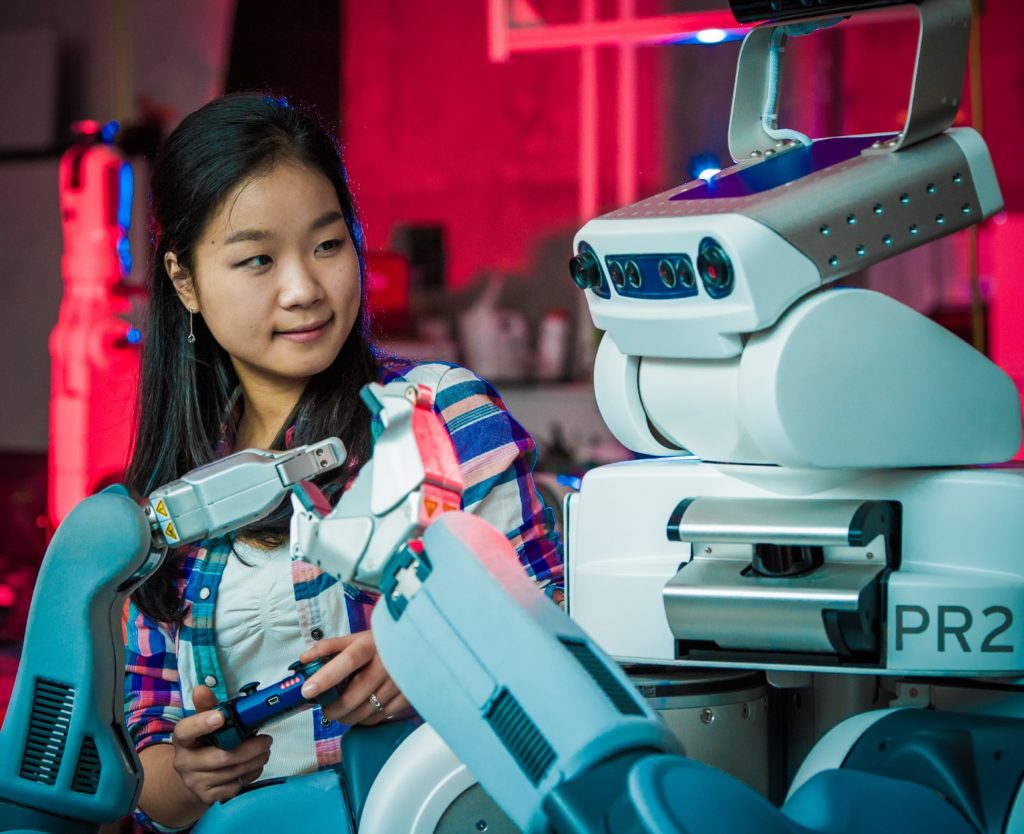 Dr. AJung Moon is on a mission to make ethics a core part of AI and robotics technologies by investigating how robots and AI systems influence the way people behave and make decisions.

The work, conducted at Open Roboethics Institute (which she is the founder and director of), studies the social and ethical implications of robotics technologies, including autonomous cars, care robots and robots used in warfare. It's positioned her to advise a number of national and international organizations such as the Government of Canada Advisory Council on Artificial Intelligence and the United Nations Convention on Conventional Weapons.

"I often find myself in rooms full of renowned experts from around the world to discuss some of the most important issues of today’s societies concerning robotics and AI — such as presenting some of our research results on the topic of weaponised robots at the United Nations in Geneva," she said in an article with the University of British Columbia. "In this role, it is not rare for me to find myself disagreeing with, or correcting, much older and more senior experts in the room." 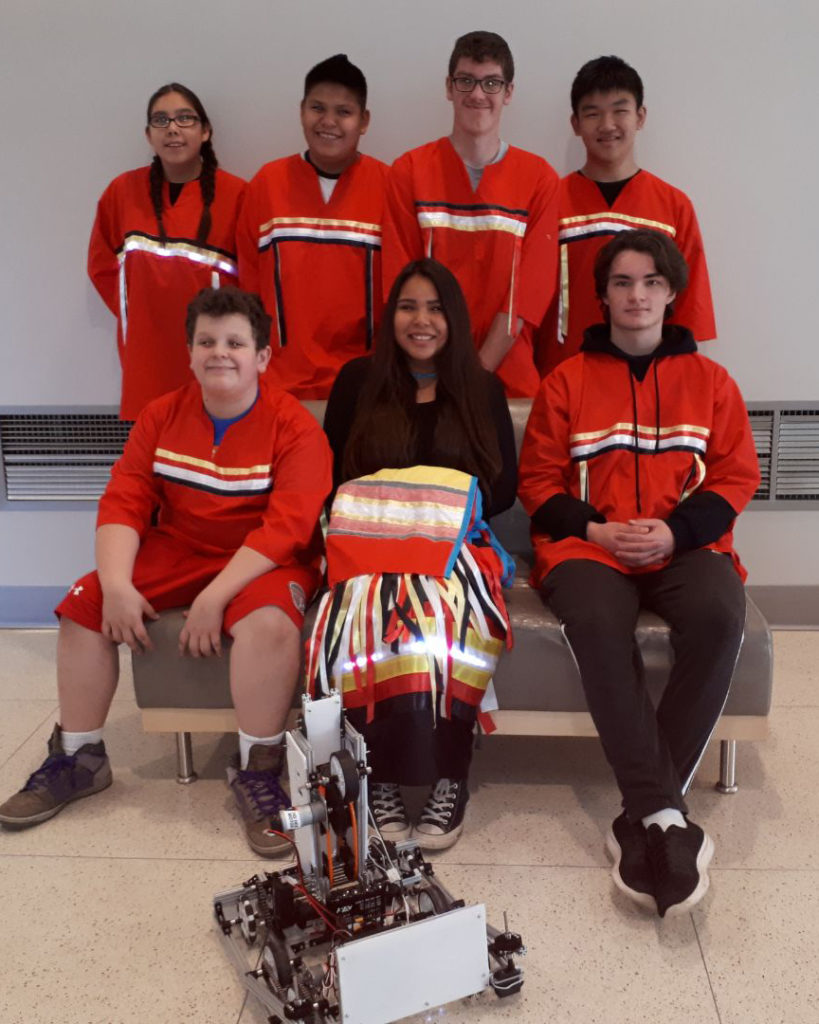 Science, technology, engineering and math (STEM) have a current spotlight in the world of innovation. However, organizations and schools are looking to add an "A" to that acronym to emphasize the importance of art in problem-solving, team building and out-of-the-box thinking.

For IndigeSTEAM, an organization providing Indigenous-led and culturally-relevant STEAM programming, the "A" can stand for architecture, agriculture and other areas that Indigenous peoples have been innovators in for thousands of years.

Last October, the IndigeSTEAM team headed to Dubai and competed on behalf of Canada, placing 80th out of 189 teams worldwide—the highest ranking to date for a team representing Canada.

"Because of the culture and what they've been taught by their elders, they can look at things in more of a full circle," Sheila Norris a Métis member of IndigeSTEAM says of her team in an interview with CBC. "We want to bring [Indigenous youth] into STEM, because that's where our future is, that's where the youth's future is."

The other female members of their team include Shantel from Kainai First Nation, as well as Tara-Shay and Tia from Siksika First Nation.

“I can see a lot of things that robots can do to make our world better.”

Dr. Elizabeth Croft is Professor of Mechanical Engineering and Associate Dean, Education and Professional Development for the Faculty of Applied Science at UBC.

As director of the Collaborative Advanced Robotics and Intelligent Systems (CARIS) Laboratory, Dr. Croft investigates how robotic systems can behave, are perceived to behave and how people interact with and understand robotic systems. Applications of this work range from manufacturing assembly to healthcare and assistive technology.

"We now have the opportunity to unlock even greater equality if we make social change a priority and not an afterthought." 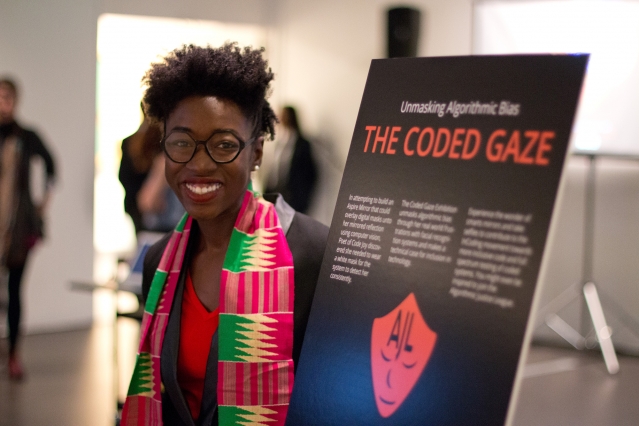 Alberta-born Joy Buolamwini is fighting bias in algorithms that AI inherit as a result of non-inclusive user testing. Her Tedx talk on the "coded gaze" has over one million views. In it, she breaks down why creating a world where technology works for everyone is so important: "We've used tools of computational creation to unlock immense wealth. We now have the opportunity to unlock even greater equality if we make social change a priority and not an afterthought."

Her MIT thesis, which evaluated the gender and racial bias in AI services, has influenced IBM and Microsoft to update their technologies accordingly, and she was named "the conscience of the AI revolution" by Fortune magazine.

“Being creative teaches you how to accept failure and break down barriers and basically make your ideas become a reality.”

Rising up alongside these accomplished women is 11-year-old Lauren Voisin, CEO of a company that produces mini-robotics for her fellow grade-school students.

Lauren Voisin started Robots Are Fun when she was eight. She regularly exhibits her projects at the Calgary Mini Maker Faire and Make Fashion.

Lauren enjoys sharing her ideas and has been a speaker at many events. She participated in a Google Edu Start Up weekend in the fall of 2013 and won the crowd-favourite award. She has been featured in Owl Magazine and currently sits on the Board at the Werklund Youth Leadership Advisory Centre at the University of Calgary.

"Being creative teaches you how to accept failure and break down barriers and basically make your ideas become a reality," Lauren wrote in a Medium article via Calgary Arts Development. Her passion remains to encourage other kids to try robotics and see what they can create.

Interested in getting your robotics on? Be a part of Science World's Robotics Club.