In this activity, we will make a basic camera obscura out of a cardboard box.

A camera obscura, or a pinhole camera, is a simple device that is often thought of as a precursor to the modern camera.

The camera obscura, Latin for “dark chamber”, consists of a dark chamber or box with a small hole in one of the four walls (or the ceiling). The light passing through the small hole will project an image of a scene outside the box onto the surface opposite to the hole. Since light moves in a straight line through the hole, the projected image will appear to be flipped upside-down and inverted.

Camera Obscura technology has been around since ancient times, with observations dating back to the fourth century BCE by a Chinese philosopher named Mozi. The camera obscura was studied throughout the years, and was used as a way to safely observe a solar eclipse in the 13th century. While early versions of the technology involved projecting into large rooms or tents, camera obscuras were eventually modified to fit into small boxes. Sometimes, a lens is added to focus the image, or mirrors are used to flip the image right-side-up before it is projected onto a screen. 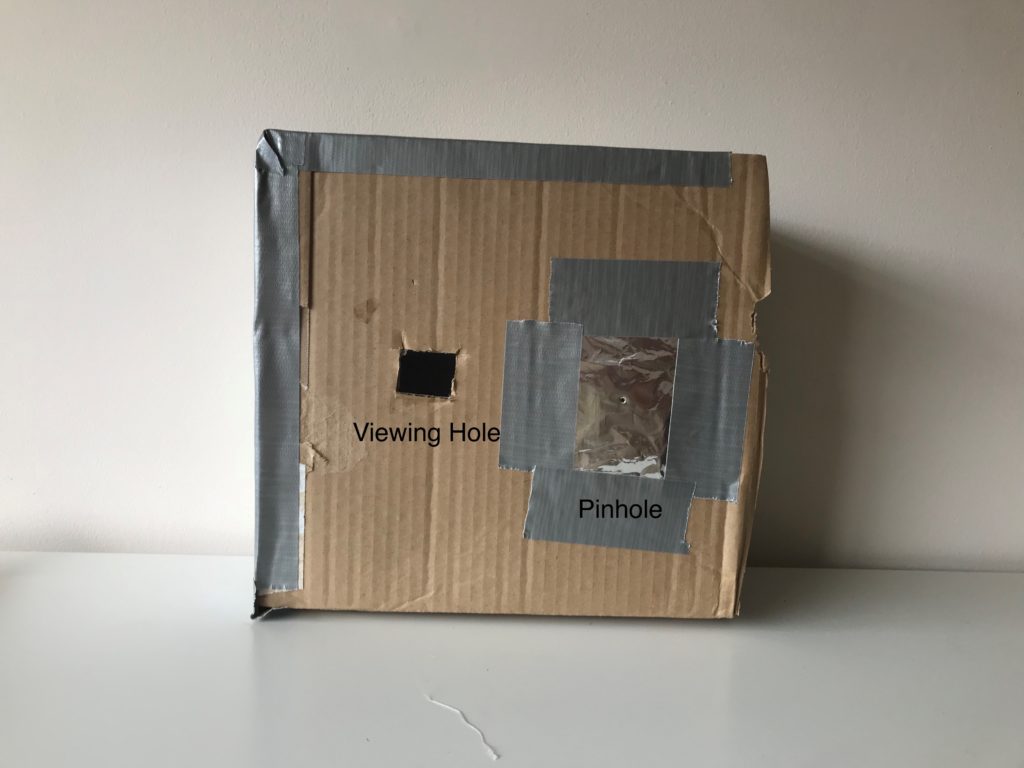 Hint: The brighter the environment outside your box, the easier it will be to see! Try pointing your pinhole out the window!