In this activity, students learn about the diffusion of pesticides, plastics, and pollution on marine ecosystems.

About 70 per cent of the surface of the earth is covered with water. This includes the five oceans: Pacific, Atlantic, Indian, Southern and Arctic. However, less than one per cent of the world’s oceans are protected by law as Marine Protected Areas or Marine Parks.

Over 80 per cent of marine pollution comes from land-based activities. Oil, fertilizers, solid, garbage, sewage and toxic chemicals all drain from land into our waterways and eventually end up in the ocean.

When plastics are littered they make their way into our oceans. Plastics usually float and many marine animals get tangled up in them or confuse them for food and eat them.

As time goes by, plastics are broken down into microscopic pieces and are ingested by jellyfish, small fish and filter feeders like clams and mussels. These plastics then move up the food chain and become more concentrated in bigger fish and marine mammals.

Orcas and other whales have been classified as biohazardous because of the high concentration of these chemicals found in their blubber. 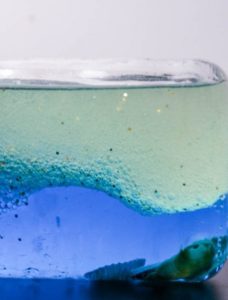 What kind of life do you find at the beach? What about if you wade into the water, do…

According to the World Water Council, the average North American household uses over 300 litres of…

Bioremediation is any process that uses decomposers and green plants, or their enzymes, to improve the condition of contaminated…