These days, science and technology progresses so fast, it can be easy to forget to reflect and celebrate the achievements. So, with 2017 only days old, here is a month-by-month rundown of my favourite 2016 science stories. 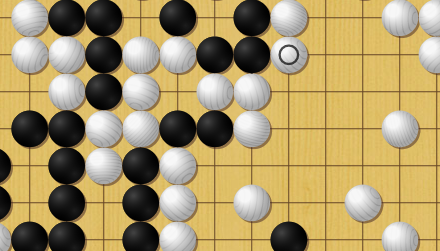 Google has made a habit of advancing Artificial Intelligence by building computers that beat humans at games. First it was chess. This year it was Go—a more complex game in which “there are more possible positions…than there are atoms in the universe”. The program—called AlphaGo—uses deep neural networks to reference a huge archive of moves made by human experts, reinforced by 1000’s of games played against itself. In other words, it learns from experience (like a human) and it never makes the same mistake twice (like a computer). AlphaGo would go on to destroy Go legend Lee Se-dol 4-1 in March. The games are available online, complete with a spooky commentary written from the “mind” of AlphaGo e.g. “Against a human player, one can still try to provoke a blunder, but against the untiring AlphaGo such hope is futile”. Yikes! 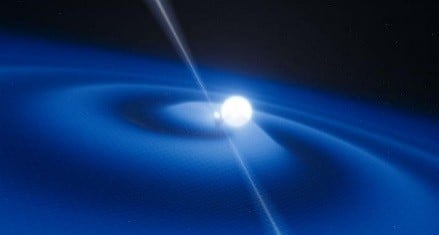 Probably the biggest science story of the year arrived February 11. After 1 billion years of travel, gravitational waves produced by two merging black holes hit detectors at the Laser Interferometry Gravitational Observatory (LIGO) in the US. Not only was this the first direct “sighting” of black holes, but it showed that space—our reality—can be literally stretched and squished, confirming one of Einstein’s predictions for General Relativity. 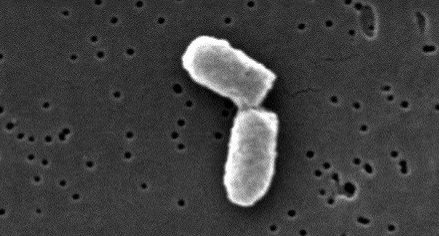 In March, Craig Venter and his team announced that the minimum number of DNA “letters” needed to sustain a lifeform that makes copies of itself is 531,000. That’s half the number of words in the Harry Potter series. The scientists kept deleting DNA from a bacteria called mycoplasma until they hit the magic 473 genes. Removing any one of these genes stopped the mycoplasma from reproducing. Interestingly, we currently have no idea what 1 in 3 of these genes does.

In other March 2016 news, the shadow cast by a total eclipse passing over Indonesia was captured by a camera aboard the DISCOVR satellite orbiting 1,000,000 miles above Earth. 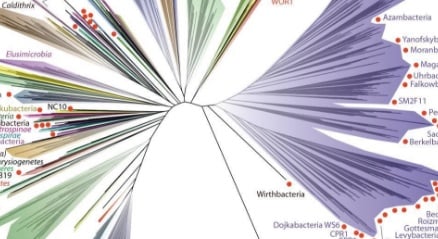 Ever since Darwin first published On the Origin of Species in 1859, the tree has become an evocative symbol for the relationships between all living things. In April, scientists from Canada and the US published the latest and greatest version of the Tree of Life. Technological advances in the past decade have allowed scientists to pluck DNA fragments straight from the environment, then use supercomputers to assemble and compare many of the genomes within a given ecosystem. By skipping the finicky part—learning how to grow things in a lab—the result is a much more comprehensive snapshot of what’s actually out there. A lot of bacteria, it turns out.

In other April 2016 news, Space X lands a rocket successfully on a drone ship for the first time.

May - Alzheimer-causing amyloid plaques might not be all bad 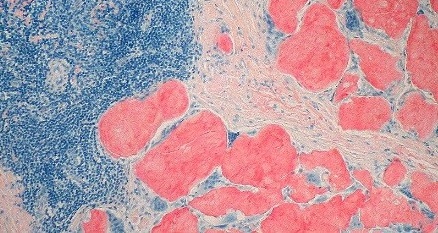 When amyloid proteins clump together in the brain, the result can be an irreversible decline in brain function known as Alzheimer’s disease. Before May, no-one really knew what normal amyloid protein did and so one therapeutic strategy worth considering was destroy the amyloid, destroy the problem. Research published in May, however, suggested that amyloid might have an important role in fighting off bacterial infections. With Alzheimer’s set to become an increasing problem in populations that are living longer, this new finding may be important in developing new tactics to combat the disease.

And, hot on the heels of the Tree of Life study, in May, the discovery that that Earth may be home to 1 trillion unique species became news. If you’re wondering, naming each organism in turn would be equivalent to reading the complete Harry Potter series roughly 1 million times. Not even my mum’s done that! 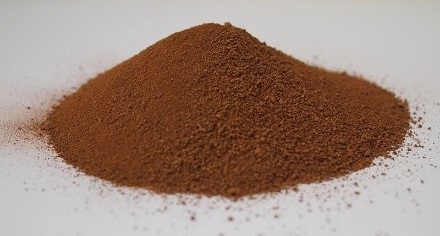 In June we learnt that crops grown in Martian soil might actually be safe to eat.  With billionaire Elon Musk declaring that humans will colonize Mars someday and candidates from around the world vying to go there, growing food is an important consideration. Since no mission to Mars has returned to Earth, NASA had to create the soil using Earth ingredients based on analysis done by the Mars rovers. This soil contains some nasty heavy metals like lead and cadmium. The new research showed that these metals don’t make their way into growing radishes, peas, rye and tomatoes. Potato research to follow in 2017.

Also in June, Another gravitational wave was detected! 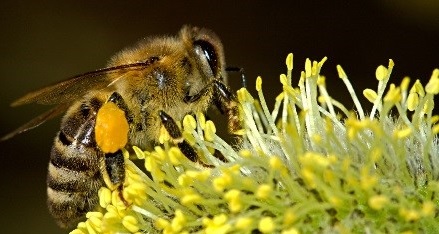 Bees and other pollinators have it pretty rough. We remove their natural habitat to plant crops and then spray those same crops with chemicals that are damaging to them. In July, Swiss scientists showed that the most widely used pesticides—called neonicotinoids—reduce the lifespan of male drone bees from an average of 22 to 15 days. The average drone living in a neonicotinoid-sprayed area may then have just one day to fertilize a queen before it dies. Adding this new finding to previous research showing neonicotinoids adversely affect the survival and reproduction of queen bees. 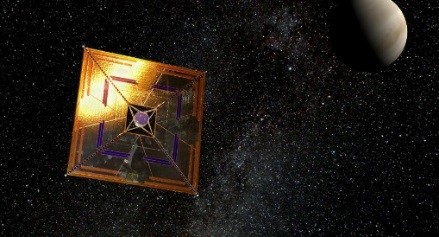 In August, astronomers announced the discovery of Proxima b, a planet orbiting our nearest star Proxima Centauri. Of the 3,545 exoplanets we currently know about, this one could be the most special. Not because it’s around Earth size, nor because it’s in the goldilocks zone where conditions aren’t too hot or too cold to support life but because scientists are developing the technology to go there. Tiny laser-powered satellites travelling at 20% the speed of light could get us there in 20 years and return the first pictures from a solar system outside our own. 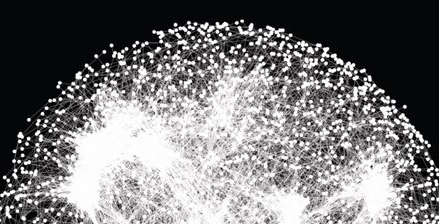 September marked the culmination of 15 years of work for a University of Toronto yeast laboratory. In the way a food web shows interactions between predators and prey in an ecosystem, the researchers wanted to map all the gene interactions in a yeast cell. To do this they systematically deleted 18 million pairs of genes from DNA to see which pairs caused cell death and which didn’t. Next thing to do is to use a similar technique to map the approximately 200 million gene interactions in human cells. Once we have a map of a normal cell, it could offer insight into what happens in diseased cells like cancers.

(In December, a scientist from the same UofT department will use a related technique to map all the best taste interactions between wine and cheese. Give it a go here.) 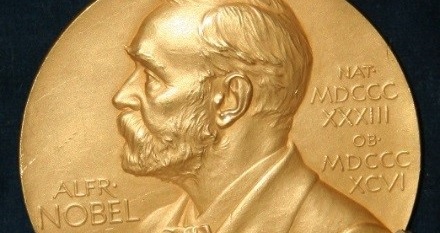 The prestigious Nobel Prizes for physics, chemistry and medicine were announced in October. The physics prize went to three guys from the US for figuring out a mathematical way to approach what happens to subatomic materials in extreme hot and cold states. As far as I understand it (and I don’t really!), it has something to the quantum pairing and un-pairing of “vortices” as a function of temperature. The chemistry prize went to three other guys (1 US, 1 France, 1 Netherlands) for developing molecular machines; chemicals that move in predictable and controllable ways. The medicine prize went to a Japanese fellow for his contribution for figuring out how cells recycle old materials into new ones. If it annoys you that no women were selected (and it should), read this and this

Oh, and this marks the first month in 2016 that did not break global temperature records. It was instead the second warmest October since modern records began 136 years ago. 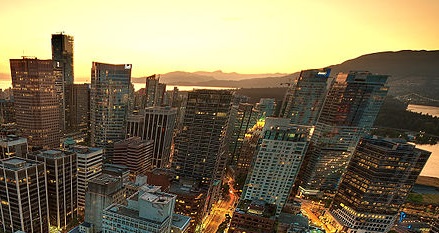 In November, a fascinating paper was published in the little-known journal, The Anthropocene Review. According to the paper, the number of unique human-made objects now outnumbers the number of species on the planet, weighing in at a staggering 30 trillion kilograms. That’s 50 kilograms per square metre!

And my single favorite story of the year was published in November: The Dene tell scientists that there are 4 species of caribou in the southern Arctic, not 3. The scientists investigate. The Dene are proved right. 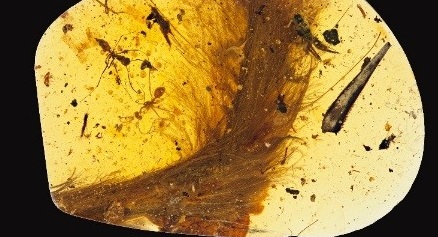 A piece of amber bought at a market in Myanmar is found to contain the beautifully preserved tail of a sparrow-sized dinosaur. Scientists stand to learn a lot from the colour and arrangement of the feathers, as well as from the ancient dried blood suggested from a chemical analysis of the tail.

There it is: a fraction of my 2016 science favourites.

Did I miss something I shouldn't have? Please share your favourite science stories of 2016 in the comments section below.