Yes, chickens can do math. Okay...only simple math, but math nonetheless. How do we know?

A study conducted in Italy showed that chicks can add and subtract using numbers smaller than five. The study was conducted by researchers from the Centre for Mind/Brain Sciences at the University of Trento and the Department of General Psychology at the University of Padova. The researchers were: Rosa Rugani, Laura Fontanari, Eleonora Simoni, Lucia Regolin and Giorgio Vallortigara.

Here’s how the study worked.

Step 1: Get a chick to look at two screens.

How do you make a chick do this? They kept the chick in a box so she couldn’t leave and they made one wall of the box glass so she could see the two screens. 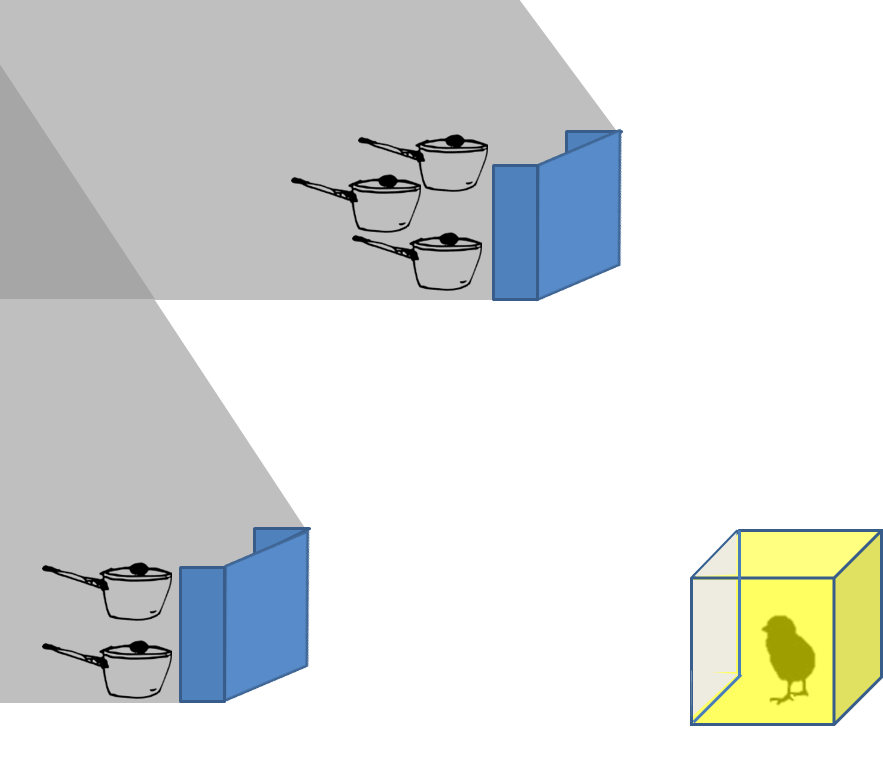 They didn’t use kitchen pots in their experiment. They used small yellow plastic rounded objects. Ever eaten a Kinder Surprise egg before? You know that plastic capsule in the middle that could house a toy car, plane or something with plastic pieces you can build? They used those yellow capsules. Mighty fine example of upcycling. 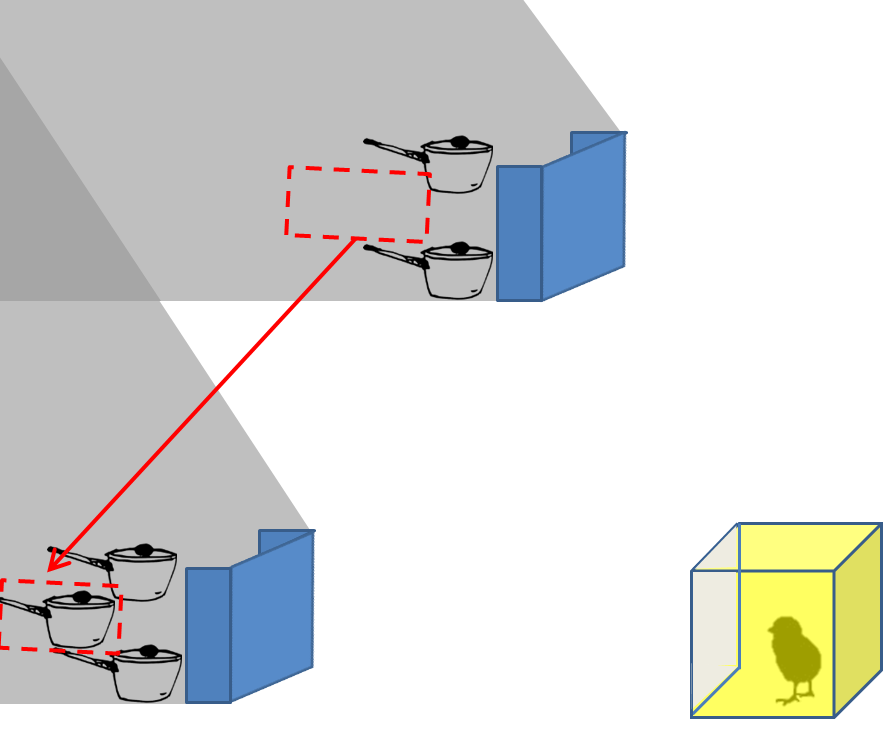 Set the chick free from her watching position allowing her to look behind the screen of her choice. Record which screen she looks behind first. 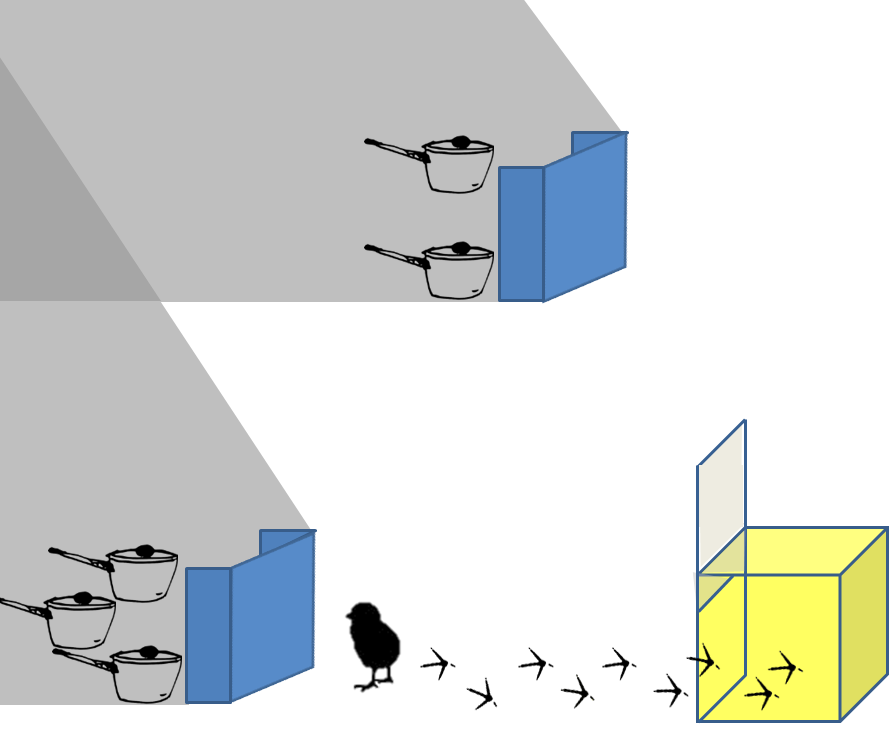 After repeating this experiment 20 times for 19 different chicks, they found that chicks significantly more frequently chose the screen that ended up with the larger number of objects. It didn’t matter whether the scientists started off with 3 on the right and 2 on the left or vice versa—the chicks kept choosing the screen that had the bigger number (3).

What if it was only an addition thing?

It’s unlikely.  The scientists also tried the experiment again with another number combination—starting off with 4 objects behind 1 screen and 1 behind the other screen. In this case, they moved 1 object from the group of 4 to join the single object. In these experiments the chicks more often chose the screen that had something subtracted from it. In other words, they once again chose the screen with the larger number of objects (3). 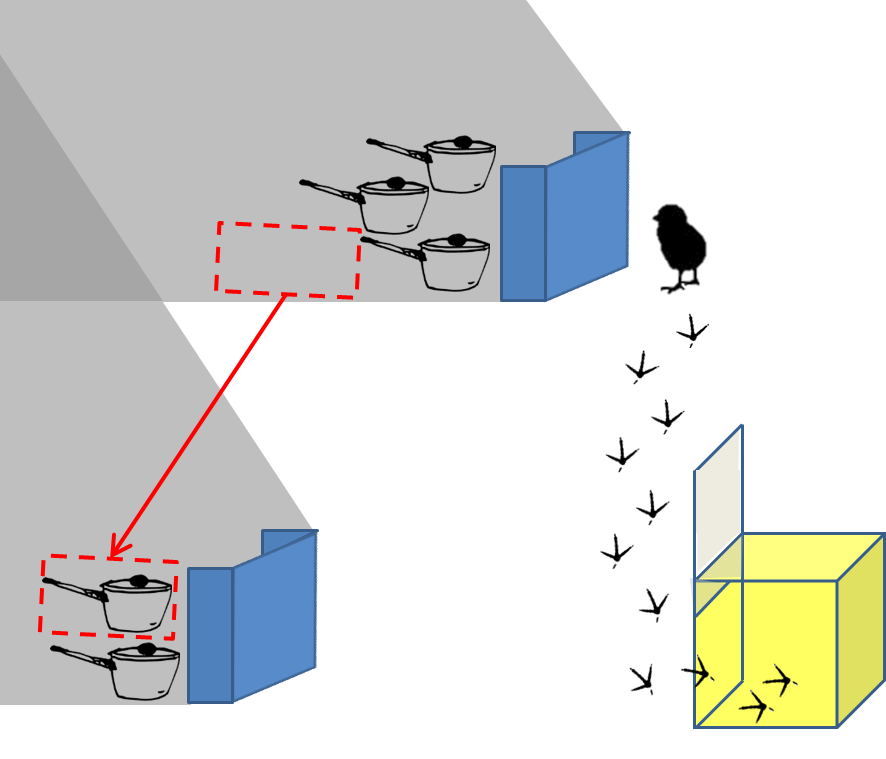 What if it was only a surface area thing?

Maybe not. The math proficiency level demonstrated by these chicks is easily surpassed by basic calculators found on most phones. And the likelihood of a day arriving, on which you are held against your will and your captor will set you free, if and only if you figure out the sum of 2+3, using a chicken, is low (Oh, and on that day you will have also forgotten basic addition and your phone, and you'll be carrying a live chicken).

Or maybe we should care. Maybe understanding chickens’ brains will help us better understand brains in general. Or maybe this means that chickens notice more than we may have thought, like the number of times we go in to feed them or clean their coop.

We haven’t tested the math skills of our chickens out in the Ken Spencer Science Park yet, though they're clearly geniuses. If we do give them a math test, I think we’ll start off with addition and subtraction calculations like these, not calculus.