(Above Image from You have one new message, Rachel's crowd-sourced audio collage.) 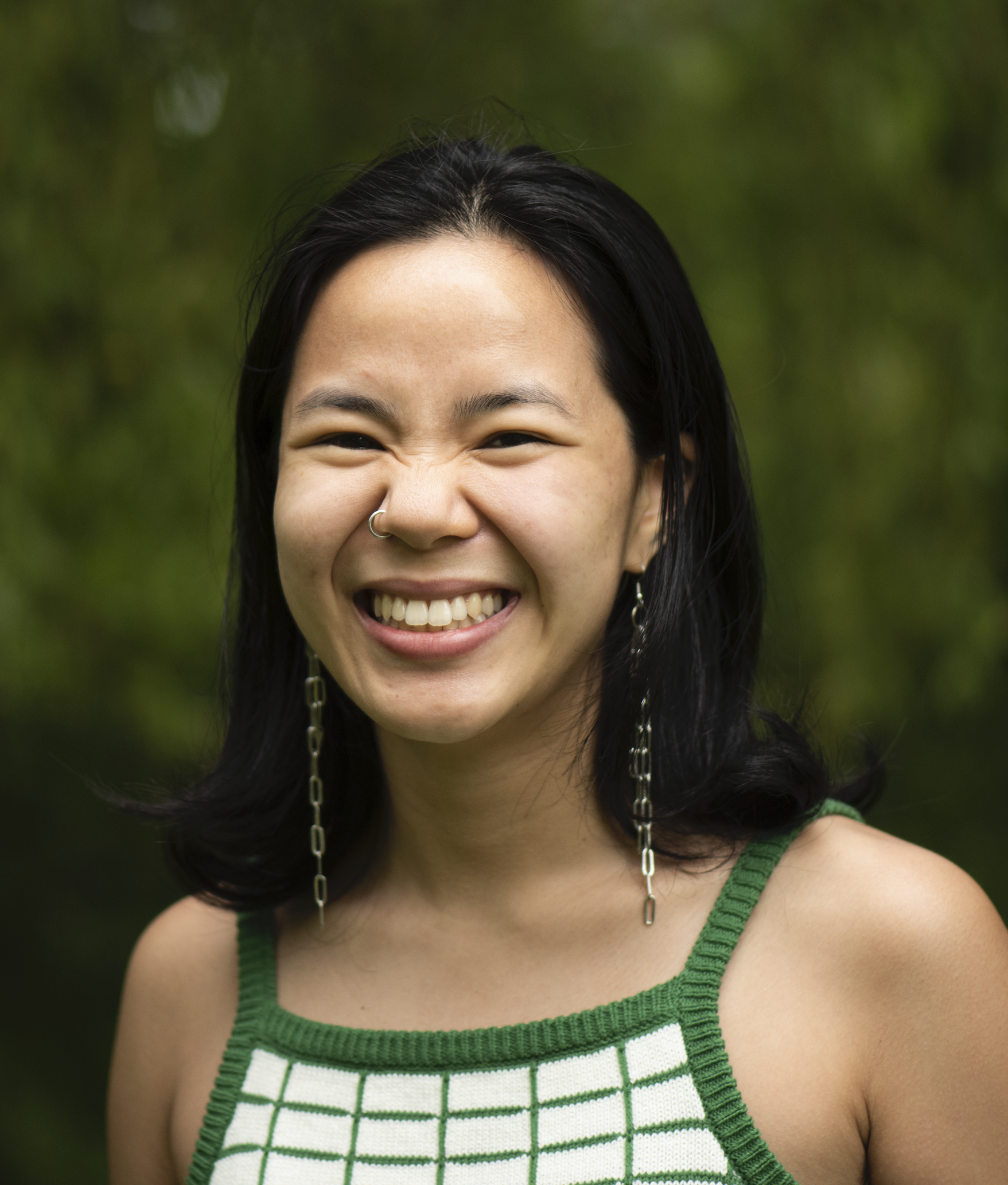 Multidisciplinary artist Rachel Lau borrows from science's tool belt: lots of experimentation and collective input, with the goal of "getting closer to the truth."

Rachel Lau is a multidisciplinary artist, writer, and radio producer based in what’s colonially know as Vancouver. Through sound art, photography, and zine-making, they contemplate what it means to experience longing in a world that is transient. Inspired by the tenderness and strength of queer and racialized communities, they create work that embraces feeling and communality. Currently, they are a co-librarian of Queer Reads Library , a mobile library of queer books and zines based in Hong Kong and Vancouver.

Rachel Lau (RL): If these libraries are going to deem these books inappropriate, then we're going to make our own library because we feel like these stories are important.

Science World (SW): In 2018, public libraries in Hong Kong banned a number of LGBTQ books from their shelves. In response, artist Rachel Lau and two colleagues started a community art project. Based in both Vancouver and Hong Kong, Queer Reads Library has an international audience.

RL: Our library focuses on collecting primarily LGBTQ-themed self-published books. So, zines and other kinds of self-published materials that are focused on Asia and the Asian diaspora.

SW: A zine is a DIY self-published text, and Rachel became a devoted zinester when they saw the impact Queer Reads Library had.

RL: There are just such a variety of stories of queer people living in Hong Kong from those who are migrant workers to people who identify as Chinese. And it's just been so amazing to be able to collect the books because people will think of us at different times throughout their travels, or like in their personal archives, and they'll just like donate that content to us. And we have such a robust collection as a result.

SW: The popularity of Queer Reads Library both in Hong Kong and in Vancouver has inspired Rachel to encourage folks to find alternative ways to tell underrepresented stories.

RL: I love this idea of not asking for permission from traditional publishers or people who have historically held the power to be able to publish printed work. I mean, I always tell people, if you want to make a zine, you should just do it because it literally takes a sheet of paper and a pencil. And if you want, scissors. Right? And all you have to do is photocopy it, and then you're good to go and then you just distribute it to your friends, you distribute it to people you don't know you just like slip them in places like at the library and then people will just find them.

SW: Rachel says this communal way of generating art was baked into their creative practice from an early age. Learning how to cook as a child helped them understand how STEM—science, technology, engineering and math—can benefit from the addition of art and design to become STEAM.

RL: Sometimes what I associate with science or STEM in general is a certain level of precision, a certain level of discipline. But I know that the scientific process is also one that's experimental and one that requires trial and error, and one that is actually a lot of times collective too, right? Because you're working with people to kind of get closer to the truth. And I think that cooking in that way, it brings those two things together. You do need precision and detail and accuracy and understanding of the chemistry that is involved with cooking and at the same time, it brings that kind of very human and warm aspect of the arts and of making, of gathering with people, to the table and I think that collision is so lovely and one that's very unique.

SW: And so for Rachel, LGBTQ+STEM Day becomes +STEAM Day, emphasizing how a society that’s increasingly shaped by technology should centre human stories.

RL: I think in this particular moment, at least in this part of the world, I think there's a lot of emphasis being placed on STEM, and there's a lot of emphasis, primarily or specifically, on technology. And I know that that is important to a lot of people and I know that's kind of the direction that we're headed in. But I think something that's concerning sometimes is that we kind of forget about the arts aspect or the humanities aspects of what it means to be a person and what it means to be living in a society together. And I think when that part is missed, is kind of when technology goes awry. And so, I think, to include the arts and humanities aspect of creation and making in LGBTQ+STEAM is that it kind of brings that human aspect back to the things that we do and back to STEM. Because I think when arts and STEM are combined, that's when they are the most strong, essentially, because it addresses all these different aspects of who we are as people.