A study conducted by scientists in the UK showed that adult female chickens have the ability to be affected by and share the emotional state of fellow chickens. Which begs the question: Do chickens feel empathy?

How do you measure empathy? 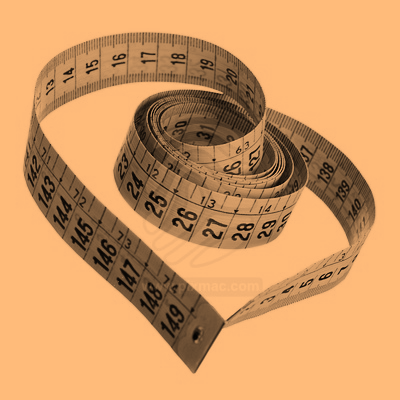 Empathy is complex. At its simplest level, emotional empathy is when someone can sense that someone else is having an emotion, and as a result, can experience that same emotion. It’s also called emotional contagion, and that is what was measured in this study.

It is possible to assess a chicken’s emotional state by measuring changes in its physiology. When chickens experience emotional stress, for example, they may also experience increased heart rate and decreased eye temperature. Eye cooling suggests that less warm blood is flowing to it. Strategically constricting blood flow to the eye and increasing heart rate might mean that the chicken can pump more blood to its most important organs—the brain and muscles.

Do emotional chicks cause stress in hens?

The researchers tried to find out by exposing hens to three different scenarios and measuring each hen’s heart rate and eye temperature, among other variables: 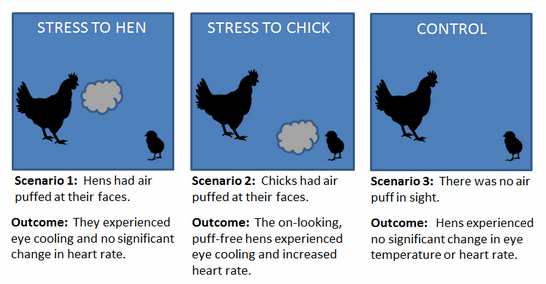 To be sure the hens were responding to their chick’s distress rather than to the sound or sight of the air puffer, they tested a fourth scenario:

Does it work if isn’t her chick?

The same researchers conducted a similar study using adult female chickens instead of chicks, with strikingly different results. The hens showed no significant physiological changes when they watched air being puffed at a fellow adult chicken. The researchers noted a few differences between the studies that might help explain this. An air puff might be a bigger threat to a small chick than to an adult hen; and thus, the hens observed a group of distressed chicks in the first study vs. only one distressed adult in the second.

More research is needed to figure out the extent to which hens show signs of empathy, but hens certainly seem to share distress experienced by their chicks.

Next time you visit our chickens in the Ken Spencer Science Park and you feel like sharing, tell them how you're feeling—they probably understand.