You may have noticed a red fence in front of TELUS World of Science. Behind this red fence is the Ken Spencer Science Park. Not only is the Park home to four chickens, but it also has a thriving urban garden that contributes to FIVE (can you believe it?) different composting systems.

Compost systems convert organic wastes into fertilizers. The starting materials are organic materials such as leaves and kitchen waste that are broken down by micro-organisms found in soil. These systems require oxygen and water. Often worms are used to help with the initial breakdown of the organic material.

We compost food scraps and organic matter from the Ken Spencer Science Park garden and even chicken poop using various composting systems. Four of the systems we use are: a vermicomposting system with red wriggler worms; a tumbling compost; a classic aerobic pile compost based on the Berkeley method; and a chicken poop compost. These four systems were set up for logistical and food safety reasons. 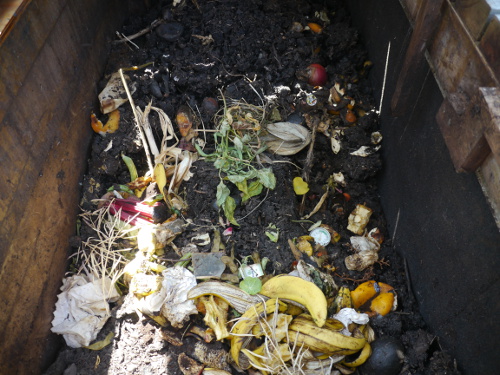 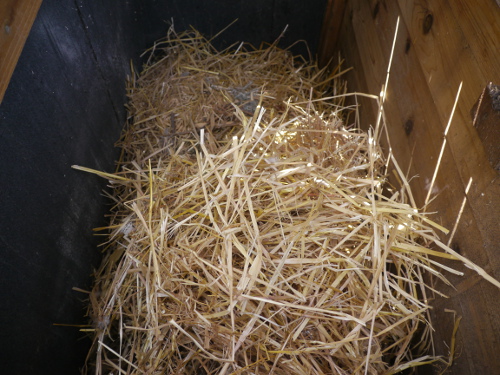 In addition to these four systems, we are now experimenting with the Japanese-derived Bokashi composting system. What makes the Bokashi system different is that it works on all types of food waste including meat, bones and dairy products. It also works much faster than other composting systems, because instead of relying on worms, this system relies on a combination of micro-organisms that rapidly decompose food waste. The key to this system is an oxygen-free environment, such as an air-tight container, so that these micro-organisms can ferment organic waste and help it decompose quickly.

If you would like to learn more about composting or if you are just interested in seeing how our various composts are doing, check out the Ken Spencer Science Park during your next visit. This summer we will also be exhibiting pop-up programming in the Park to highlight our various compost systems.

A big thank you to BokoEco who are generously sponsoring our Bokashi composting project!

Learn the basics of worm composting: Ted Ed | Vermicomposting: How worms can reduce our waste  Matthew Ross
Check out this video to learn how to set up your own Bokashi composting system: YouTube | Bokashi Composting by Your Own Victory Garden
Learn more about the Berkeley composting method: Robert D. Raabe, Professor of Plant Pathology, Berkeley | The Rapid Composting Method