This article was published in 2016 and may not reflect the latest scientific research on hibernation in bears.

Ever feel like postponing life until spring by indulging in a really long winter’s nap? Me too. Well, maybe we should have been born as bears. Bears are the most notorious animals for taking season-long snoozes every winter, but a surprising number of animals also have some interesting winter slumber styles, too.

Hibernation, by definition, is when animals “sleep” through the winter season. During hibernation, the animal’s body temperature, heart rate and breathing rate all drop to significantly lower levels. Animals do this to survive the winter because the weather is cold and food is scarce. It is advantageous because these animals can quite literally shut themselves off for weeks at a time rather than try and survive through harsh weather conditions.

While many people think bears are hibernators, they actually participate in a similar, though not exact, practice. Instead of hibernating, bears fall into a deep sleep called torpor. During torpor, heart rate and breathing rate decreases, body temperature reduces slightly and bears do not eat or release bodily waste. Bears can sleep more than 100 days without eating, drinking, or passing waste! Instead, bears are able to literally turn their pee into protein through a urea recycling process. The urea produced by their fat metabolism is broken down and the nitrogen is re-used by the bear to rebuild protein.

The main difference between hibernation and torpor is that during torpor, the animal is able to wake up easily if hurt or threatened by predators. Pregnant female bears can also wake up from torpor to give birth, then go back to sleep afterwards! 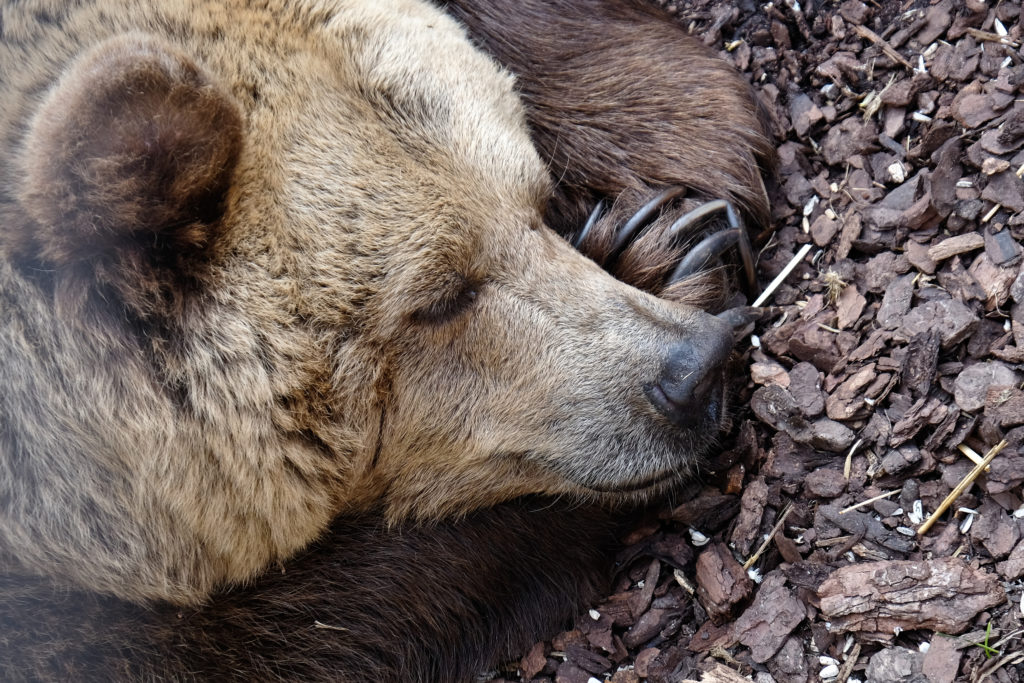 Where do bears sleep?

Bears sleep in dens that they make themselves, as well as in hollow trees, caves and dens built by other bears. A den can be built in 3–7 days, however, the timing of den building varies from bear to bear. While some bears build their dens months before hibernation season, others choose to excavate their dens at the last minute. After digging or locating a den, bears will line their winter bed with bedding material, usually consisting of leaves and branches. This layer of bedding helps keep the bear warm during the cold winter.

What other animals sleep through the winter?

Many other animals, including bats, ground squirrels, mouse lemurs, snakes, and marsupials have a winter-long sleep style known as “true hibernation”. True hibernators are able to drastically reduce their heart rate and body temperature when they sleep. For example, chipmunks can reduce their heartbeat from 350 beats per minute to a measly 4 beats per minute during hibernation. True hibernators only fully wake every few weeks to eat small amounts of stored food and to pass waste. These animals can dramatically drop their body temperature to below freezing—salty body fluids work to prevent tissue crystallization in particularly cold temperatures.

So really, animals that are true hibernators don’t actually sleep through the entire winter.

This mouse lemur isn't quite ready to hibernate yet. 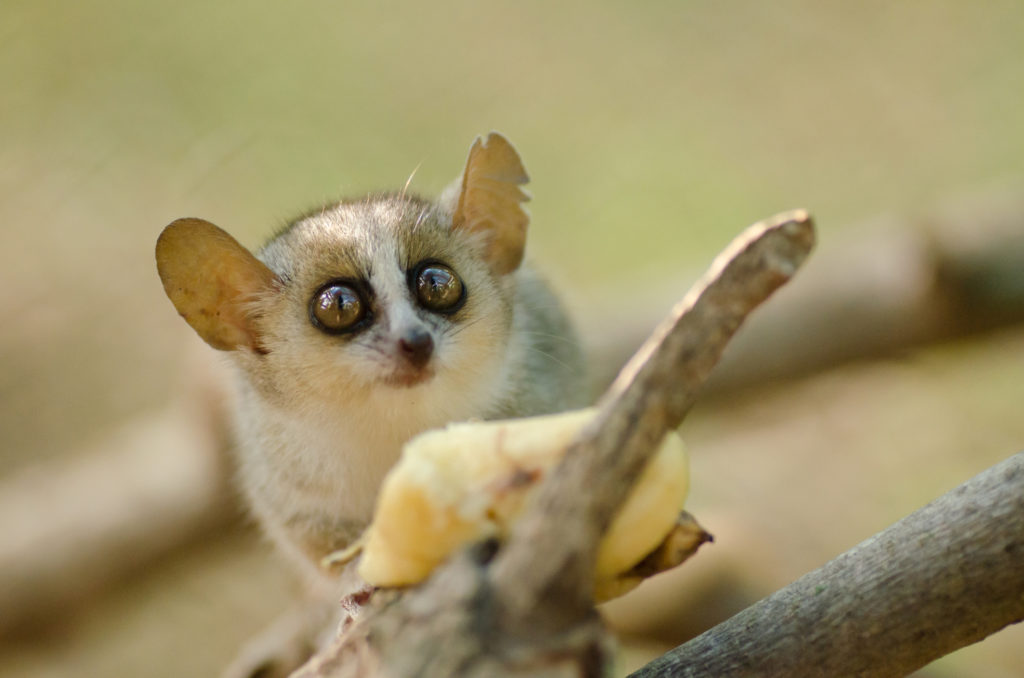 Why do some animals hibernate and other torpor?

The difference is accounted for by the size of the animal. With a small body size comes large opportunity to adapt to winter conditions much easier than larger animals. A bear’s body is too big to get rid of the body heat required to hibernate, while a small body size eases the rapid body temperature drop required for hibernation.

Based on the restraints of our large human bodies, as well as our lack of ability to turn pee into protein, humans aren’t able to hibernate. But would you really want to, anyway? Though a long winter’s nap can seem appealing on colder, rainy days, winter is a wonderful time of year to brush up on your science knowledge before the warmer spring and summer months.