Does this scene should look familiar to you?

Okay yes, we’ve all been to a grocery store, but I mean specifically, look at those veggies. Have you ever really thought about why they are all so perfectly uniform?

Those of you who garden have likely come across a lot of produce that doesn’t quite fit the norm and you might have thought to yourself: my carrots never seem to grow straight; what am I doing wrong?

The thing is, uniformity isn’t as normal as a trip to the grocery store might lead you to believe. The produce that makes it to the stores has been specifically chosen because of the way it looks, not the way it tastes or how nutritious it is. In fact, while produce may conform to plant beauty standards, surely, a bunch of odd-ball edibles—bumped and bendy, odd-coloured and spotty—grew alongside them. The differently-shaped veggies just don’t make it to the grocery store, and the result is a lot of wasted food; a lot of wasted veggies that aren’t even that ugly!

With this in mind, one wintery Sunday, fellow science blogger, Elizabeth, and I set out on a trip to the Winter Farmers Market to ask our local farmers about their produce and to show the world that you should eat your ugly veggies. 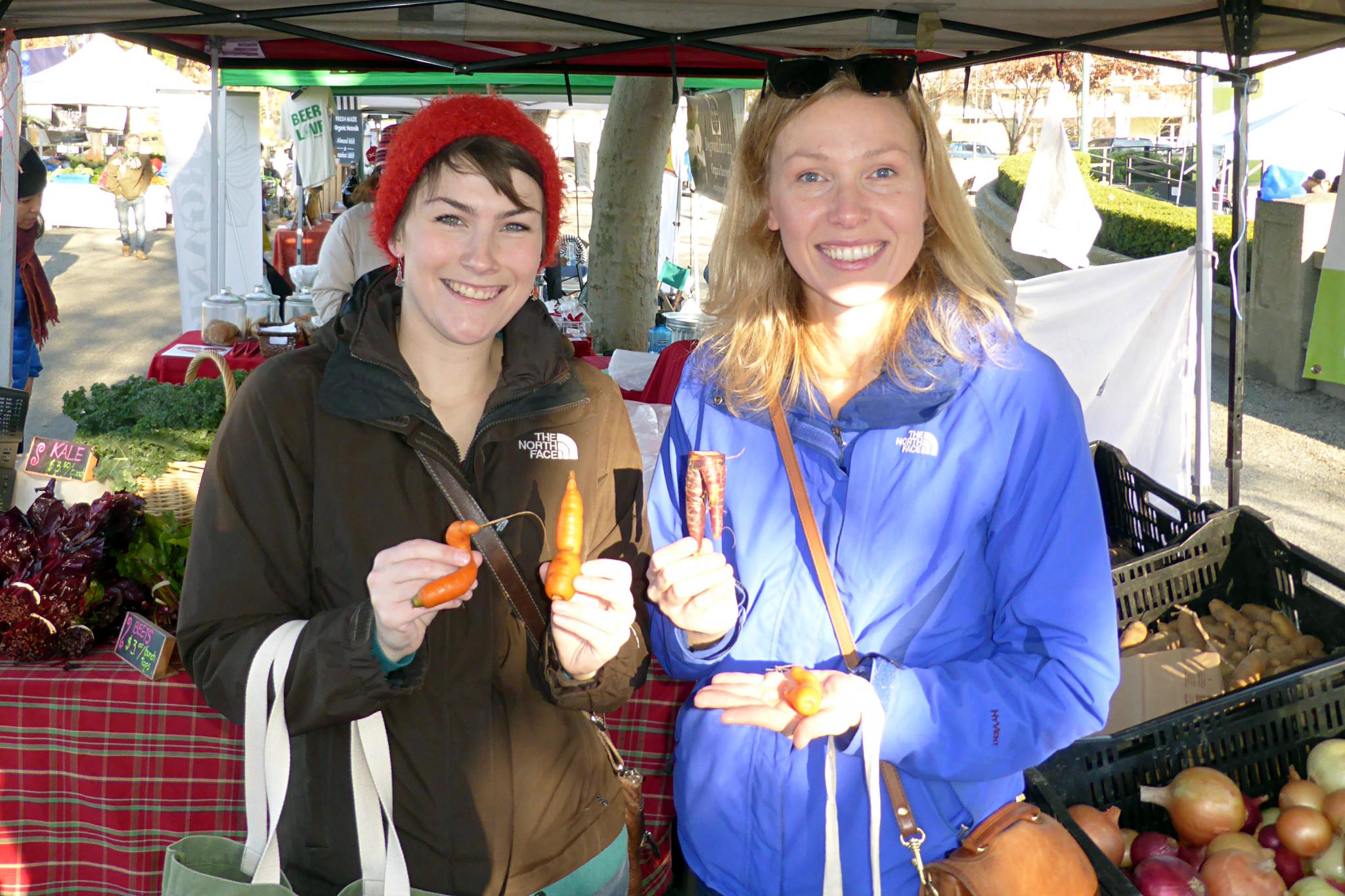 We learned a lot at the Hastings Park Farmers Market that day and asked a lot of the friendly vendors questions about their less-than-perfect produce. 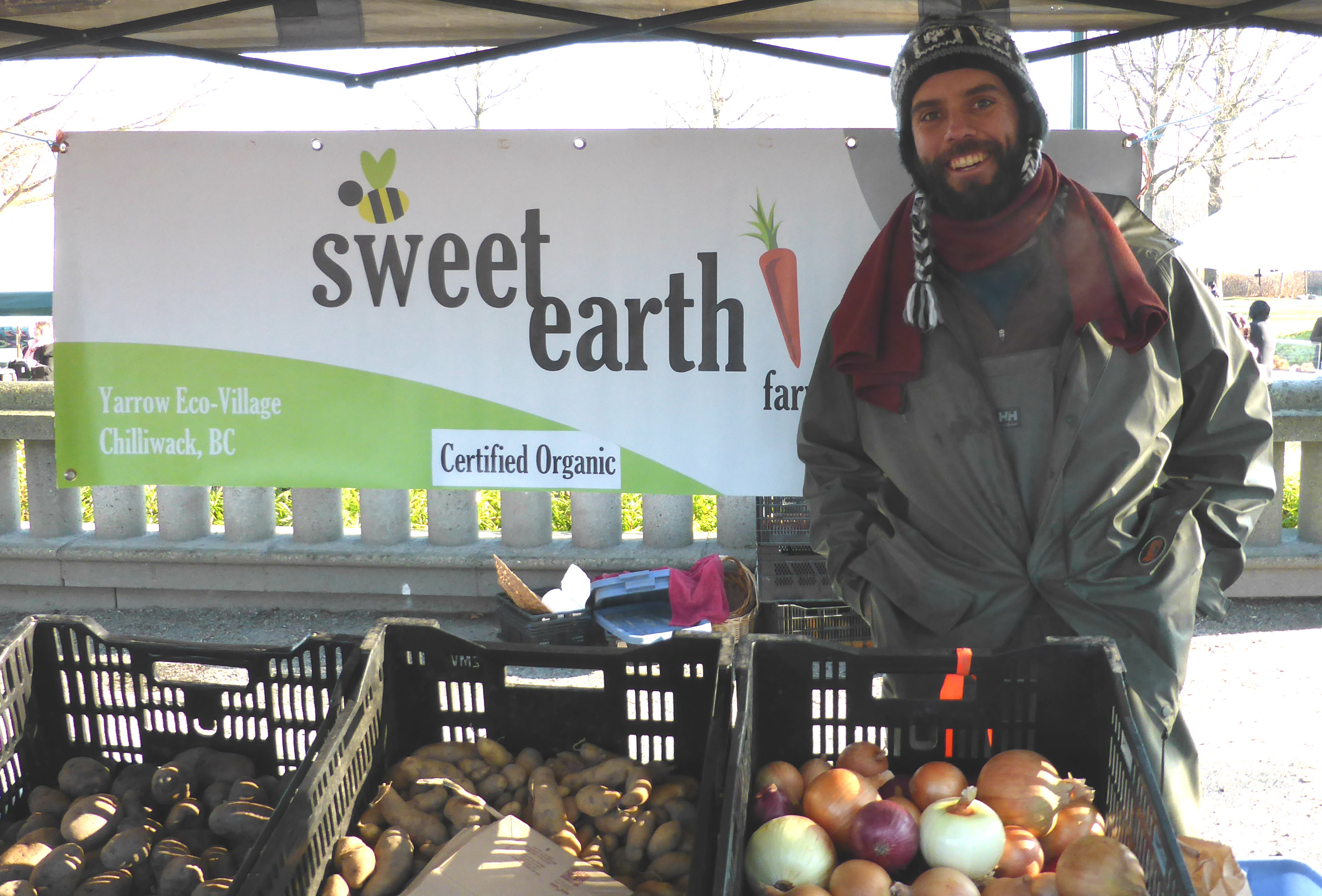 We found out that undesirable produce is something farmers struggle with all the time. Farmers might feel obligated to re-package their wonky roots with labels like "juicing carrots" in the hopes that the shape won't factor into the decision to juice a veggie like it seems to be when we roast or steam them.

We also found out that stores often won’t accept food that's differently-shaped. We were surprised to find out that a butternut squash, like the one below, wouldn’t be accepted in store because of its scar, even though it’s otherwise a great shape and size.

We went from stall to stall, only buying the funkiest looking foods and sometimes we even got discounts because of their odd shapes. When our bags were full, my next task was to turn it all into something beautiful and super delicious. 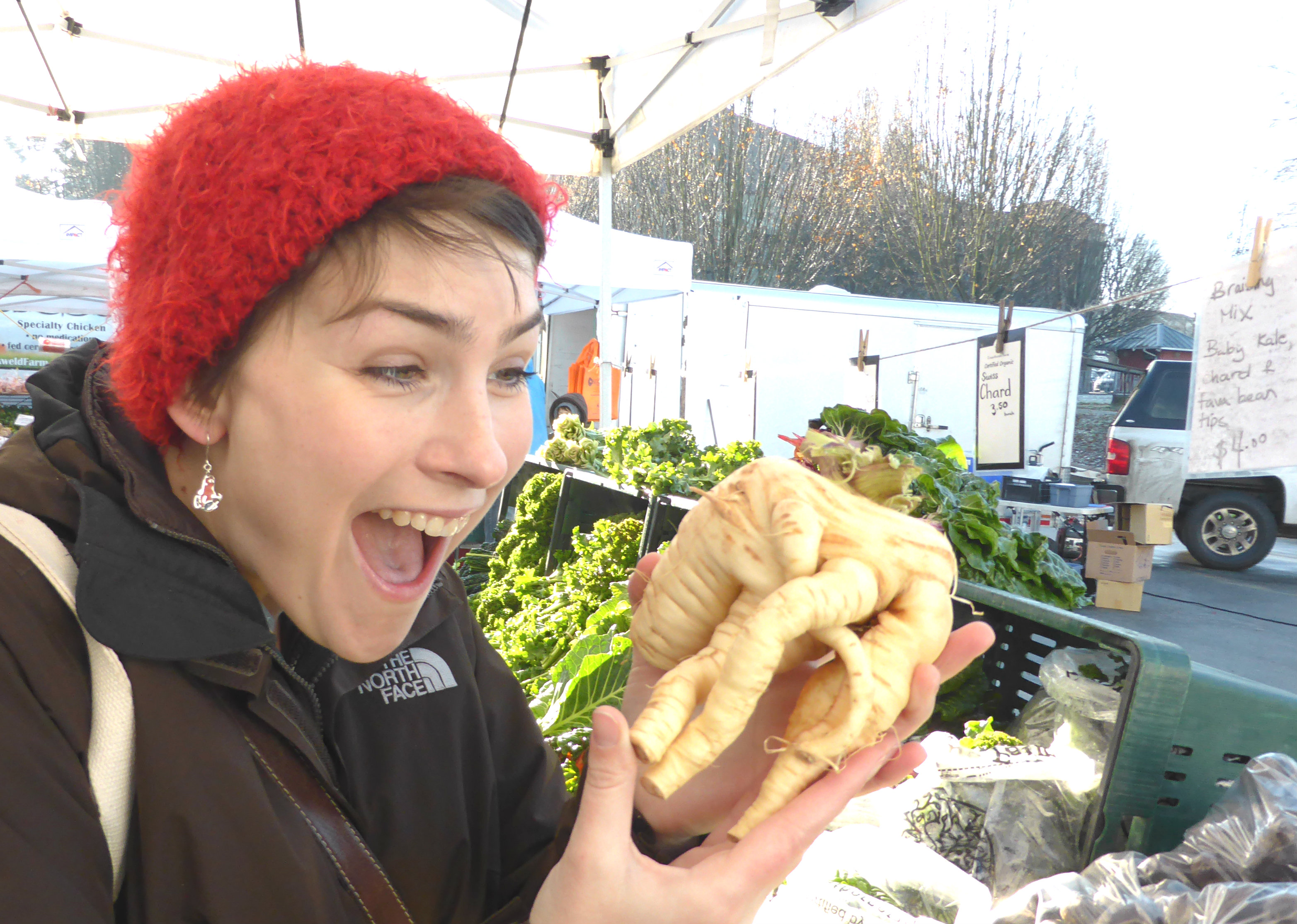 With a couple of recipes from my culinary hero, I took the market haul home to prove that you can still make a wonderful meal out of humble beginnings. I like to think of it as an ugly duckling sort of scenario.

Soon, we were snacking away and, just by looking at our maple-glazed roasted veggies and pasta with butternut squash sauce, you'd never have guessed that our ingredients likely would have been tossed if they meant to be grocery store bound, and they'd never make it to the table. Which would have been tragic, since our meal was colourful, beautiful, delicious, and quickly devoured.

We were inspired to cook up some ugly veggies thanks to the super-fun social media account, @UglyFruitAndVeg. Become an advocate for ending food waste by sharing your ugly veggie dishes with us @scienceworldca.