In the old days, guitar strings were cat gut, which was actually made from the guts of cows and sheep rather than cats (which are harder to herd).

Steel strings came out in about 1900. The greater weight and tension produced a louder sound that could accompany other stringed instruments in folk and country music. And they were cheaper. But they needed to be strung more tightly, so guitar makers had to make more robust guitars. Wrapping a core wire with other materials made it possible to have a wide range of thicknesses for different effects.

Classical and Flamenco guitarists continued with non-feline cat gut until about World War II, when the demand for guts increased because of all the spilled guts that needed sewing up. Fortunately, the synthetic Nylon came out around then for fishing line and parachutes. Some guitar makers tried it on guitars and liked what they heard.

In addition to the main pitch, a plucked string can vibrate at other frequencies called overtones (you may have seen different waves on a guitar string in the surprising little exhibit in the Eureka gallery). A given pitch played on a nylon string sounds "mellower", while a steel string sounds "brighter"because of the differences in which overtones are generated and emphasized. But this gets into a never ending string of variables beyond just steel versus nylon, including properties of the instrument and the technique used to play it.

I look forward to fine tuning this post with your comments. 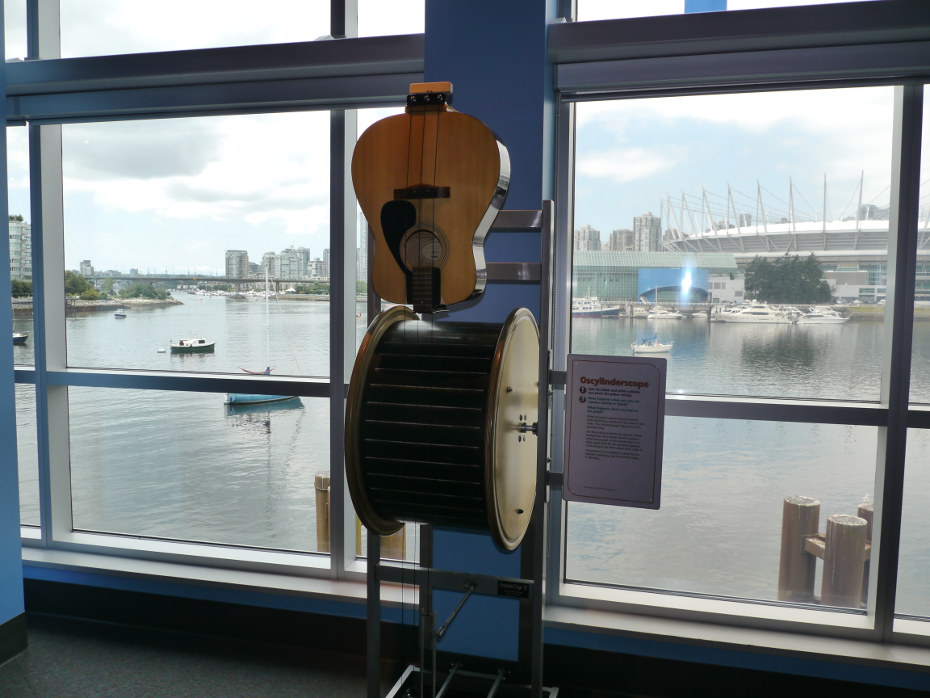 Next time you're at TELUS World of Science, check out the Oscylinderscope in the Eureka! Gallery.