Flight appears to have evolved separately four times in history: in insects, bats, birds and pterosaurs. These four groups of flying animals didn’t evolve from a single, flying ancestor. Instead, they all evolved the ability to fly from separate ancestors that couldn’t fly. This makes flight a case of convergent evolution.

Evolution does not act with intelligence. It simply favours the survival of individuals that have certain traits. An animal that has gained the ability to fly may be better able to escape from predators. Scientists believe this may have been a major driving factor in the evolution of bird and insect flight. This animal may also be in a better position to catch flying or fast-moving prey—as may have been the case with the pterosaurs and bats. The ability to move around an environment better could open up new food sources, or an unoccupied niche—as was most likely the case with bats, exploiting the food source of nocturnal, flying insects.

The examination of fossils from some now-extinct fliers revealed that, over time, flying animals gained new physiological adaptations, to allow for better and more efficient flight. Archaeopteryx (pictured below) was a flying creature that lived 150 million years ago and had some bird features, such as feathers, but also had many dinosaur traits as well (e.g. a long, bony tail, clawed finger tips and teeth). However, evidence indicates that this creature didn’t have the large pectoral muscles associated with modern flying birds, so it may not have been a strong flyer. 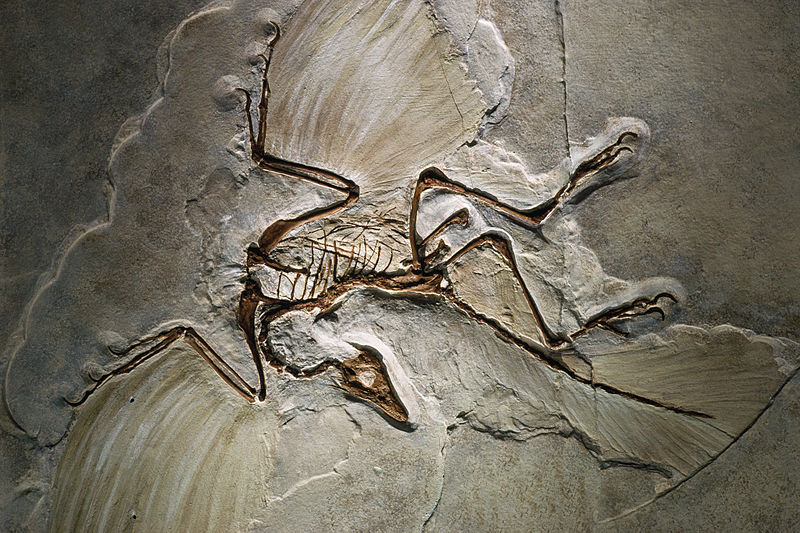 When we look at the wings of different flying animals, we can see very different structural arrangements, since each group evolved different structural solutions in their wing creation. Bats still retain the five distinct digits of their mammalian ancestors, whereas birds have lost the separate digits that their reptilian ancestors once had—their bones have fused and changed to make up the structure of their wings.

The design of a bat’s wing means that it can manipulate its wings separately, unlike birds, whose wings are more like mirror images of each other. This allows bats to be extremely agile. They can change direction up to ten times faster than a bird. Bats’ ability to fly may have contributed to their success as a group—at 1,000 species, bats make up 20% of known mammals. 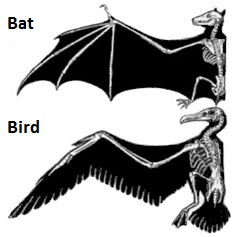 So, what will the future bring to the realm of flight? We have seen it evolve in four known animal groups, in the fossil record. Will it arise again in a new group? Gliders are not true fliers, but maybe over time, the descendants of modern gliders will gain the ability to truly fly. What lies ahead for life on Earth is an exciting mystery!

Many animals have developed similar traits, as a way of addressing similar needs. Read on to find out how the sugar glider and the flying squirrel can be so similar, and yet so different.