If you are looking to hit the biodiversity jackpot on your next hike, you don't need to go very far if you live in British Columbia. BC has some of the most fascinating ecosystems in the world, many of them basically in our own back yards. And, if you are a natural science entusiast, the abundance of life that exists on Vancouver Island's West Coast Trail is an extraordinary experience, as I recently discovered.

It's not a short hike. The West Coast trail has two starting points: one at the north end of the trail in Pachena Bay, and one at the south end in Port Renfrew. And while the trail is only 75 kilometres long, it takes the average hiker 5-7 days to complete. I found that the reason it can take so long is due to a few factors like hundreds of ladders, the ever-changing tides, lengthy sections of mud up to your elbows and of course the time you'll need to enjoy the beauty and sights of the trail. For most of the trail there is the option to take a beach route as opposed to the forest trail, which boast several beautiful kilometres of easy beach shelf walking, where you can admire the tidal pools. In other parts of the trail, you have no choice but to trek through the forest.

Here are some fascinating finds from my recent adventure on this majestic trail. 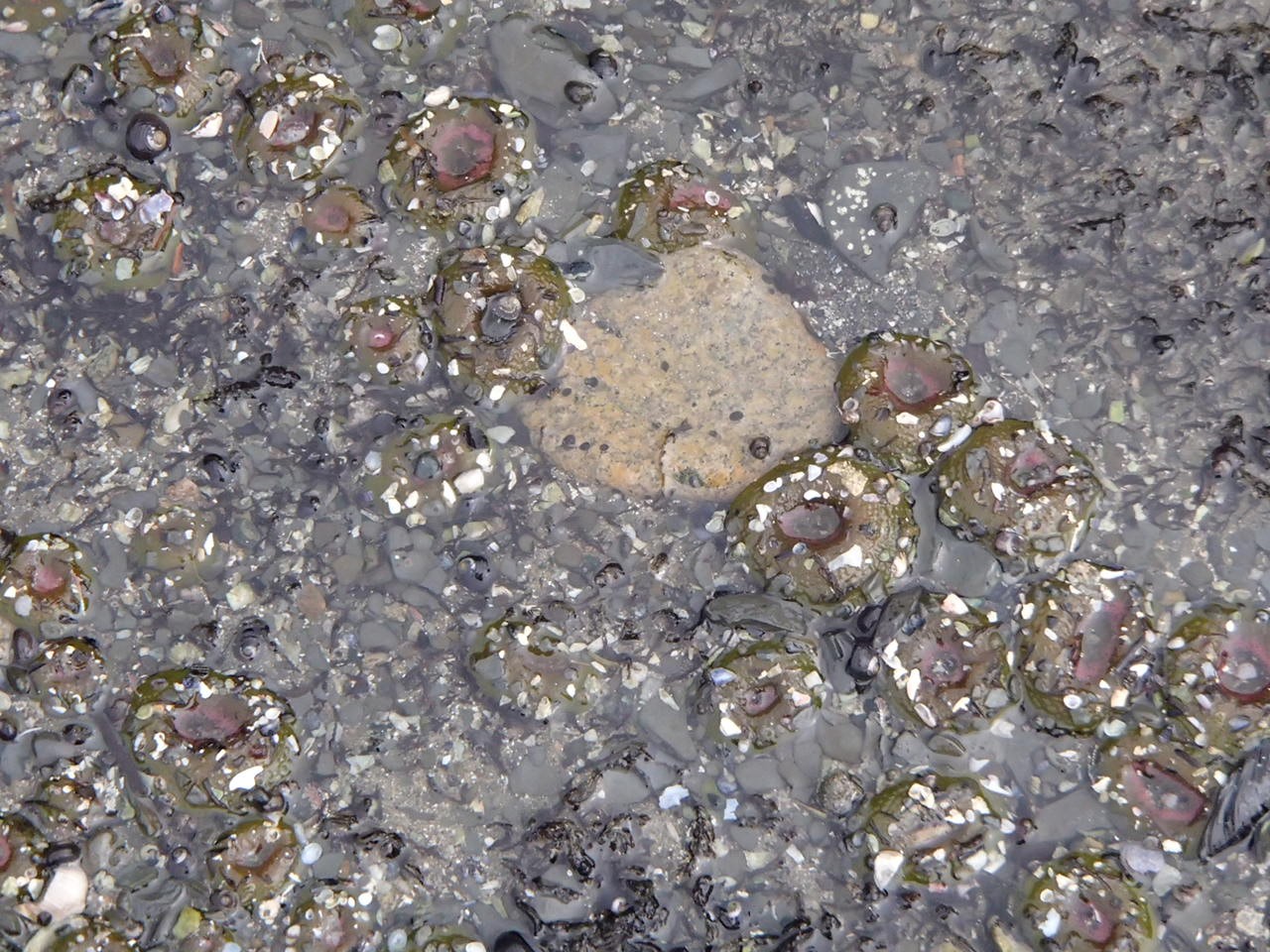 The Aggregate Green Anemone, Anthopleura elegantissima, grows on rocks in intertidal and subtidal areas. The green colour of this anemone comes from the unicellular algae, Chorella, in their tissues. In low light conditions, such as under docks or in caves, this anemone can lose their algae and, as a result, turn white with pink tips. This species has a knob of white tentacles that have stinging cells to fight off anemones that don’t belong to the colony. 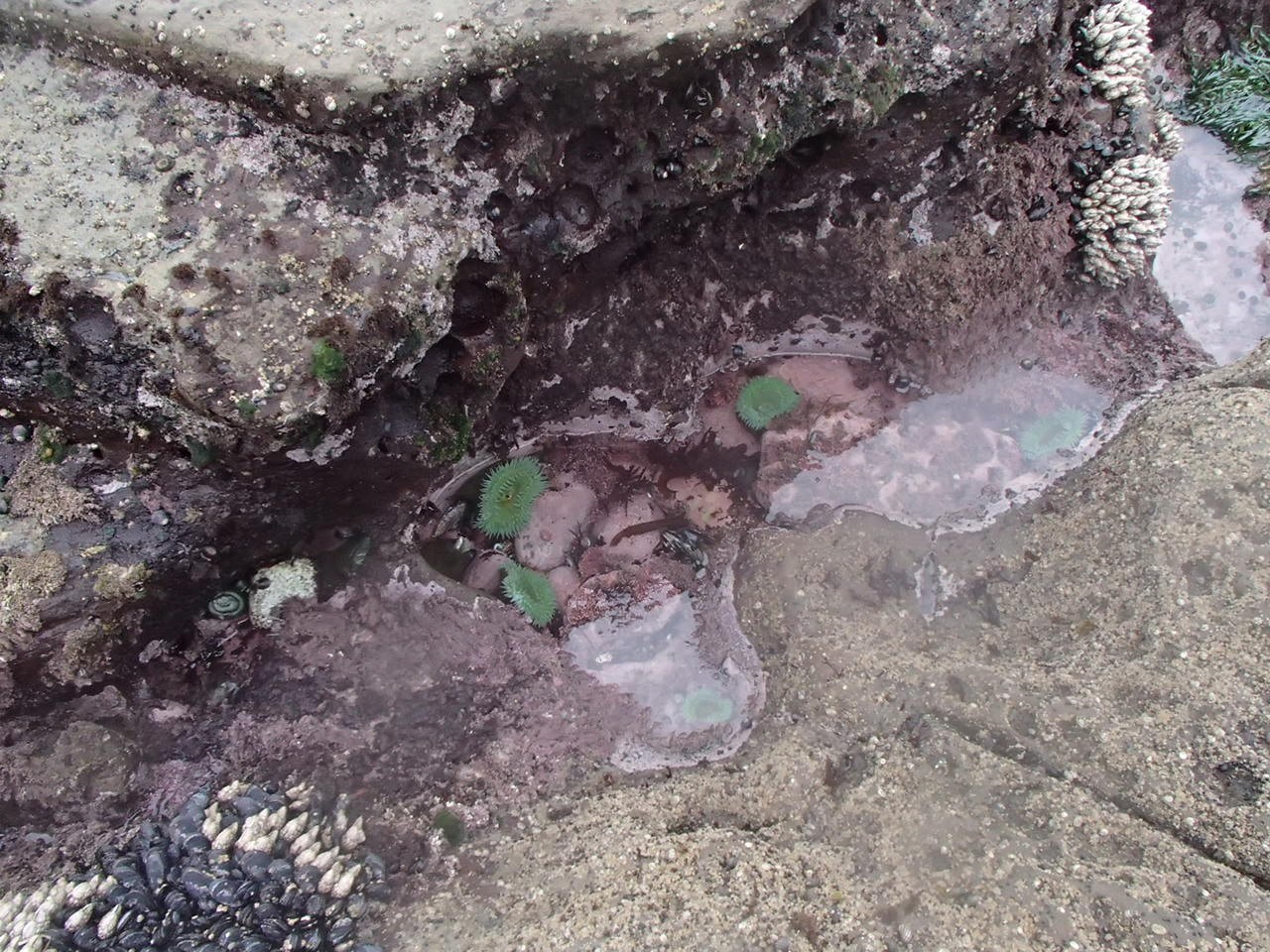 I also spotted the Giant Green Anemone, Anthopleura xanthogrammica, like the aggregrate green anemone, is green because of the algae living inside it.

Both types of anemone have the ability to clone themselves by splitting in half, spreading new organisms quickly; anemones can also reproduce by laying eggs. 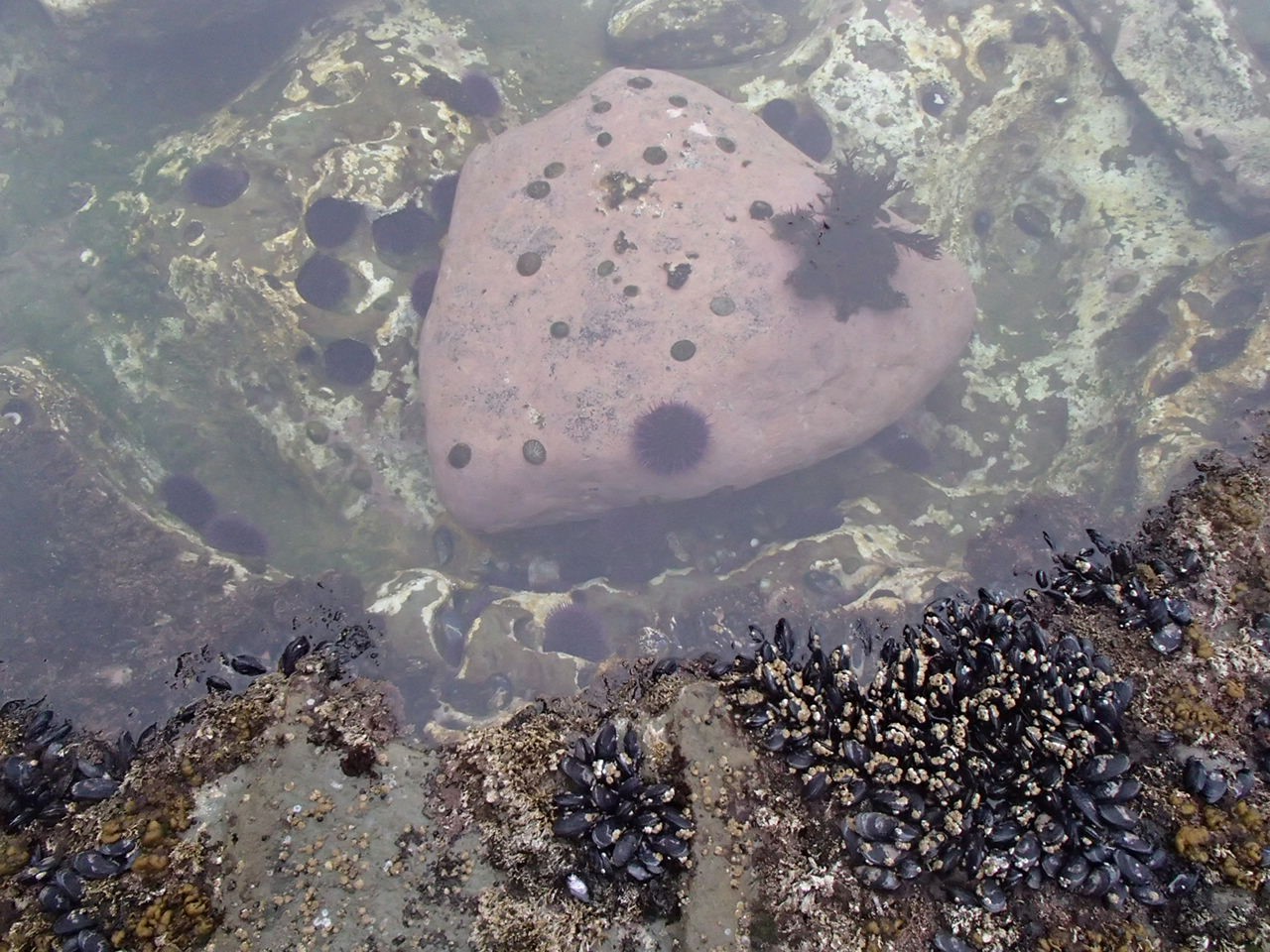 The purple sea urchin, Strongylocentrotus purpuratus uses its spines to dig into stones to create a pit in rock faces to protect itself. The most common predator of purple sea urchins are sea otters, which also live off the West Coast of Vancouver Island. Purple sea urchins feed on plant and animal matter as well as algae, barnacles and kelp. 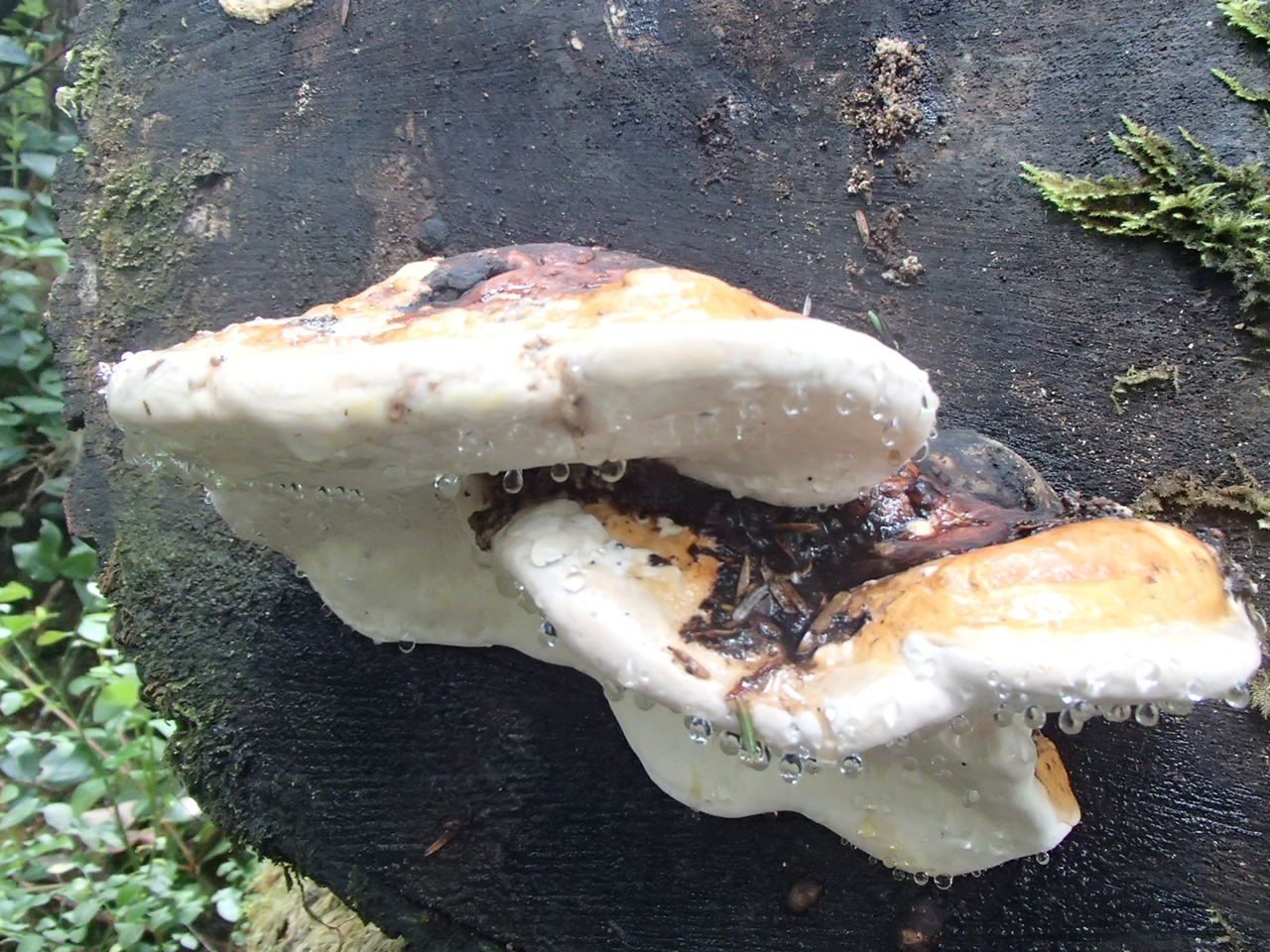 This Red-belted Polypore mushroom, Fomitopsis pinicola, is also known as the Red-Belted Conk, is named for the many tiny pores on the underside of the mushroom that release spores. This mushroom grows on the sides of old, dying trees in North American coniferous forests. It feeds on decomposing dead or decaying tree material and produces highly nutritious residues that support life in and on the forest floor. 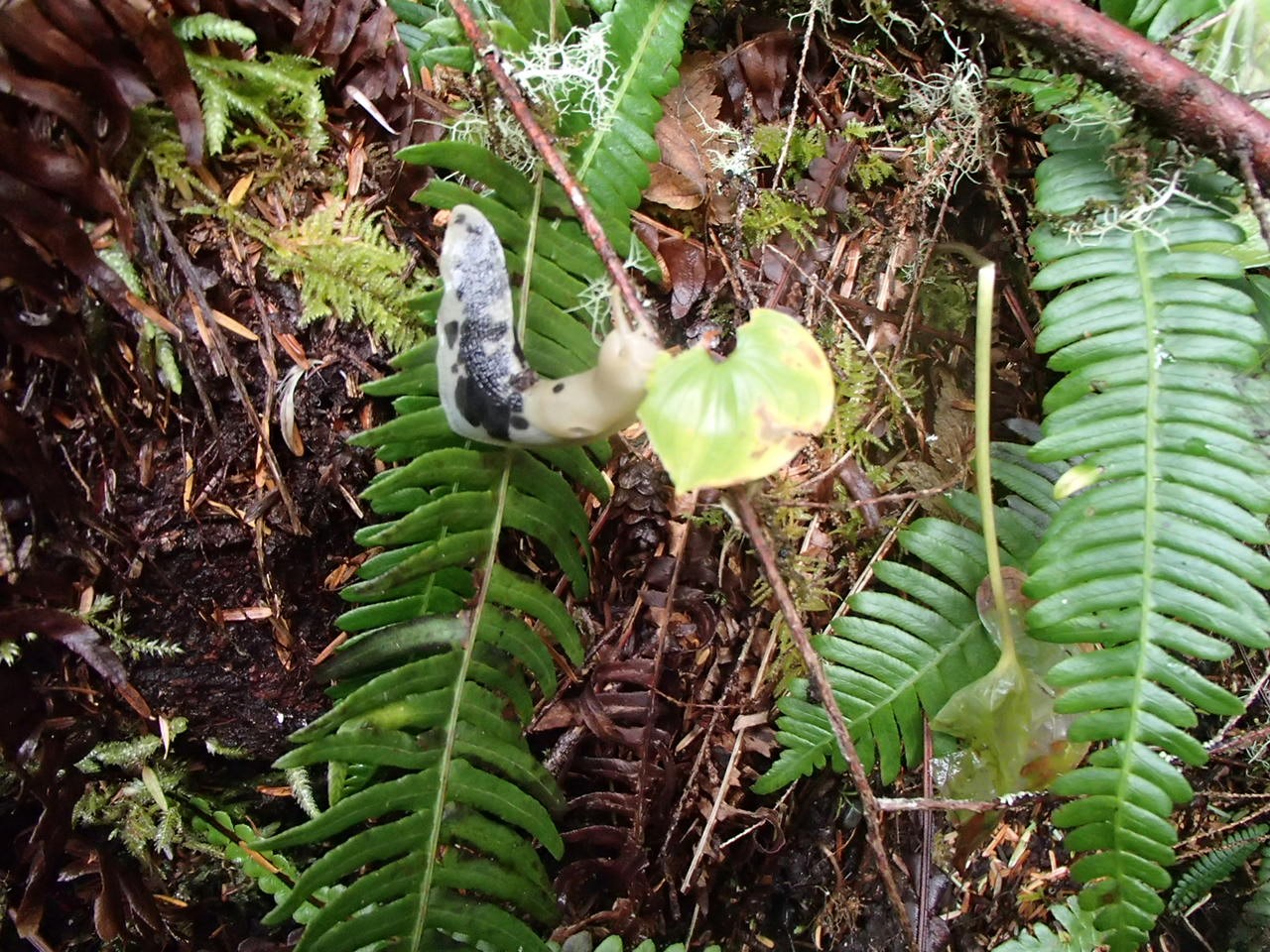 The Pacific Banana Slug, Ariolimax columbianus,  is the second largest species of slug in the whole world (the first being the European keelback slug). Banana slugs have a life span of 1-7 years! The rainy west coast environment of Vancouver Island is an ideal habitat for this species because banana slugs love moist environments; in fact, the mollusk is covered in a thick mucus to protect it from dehydration.

Cool Fact: A group of slugs is called a cornucopia. 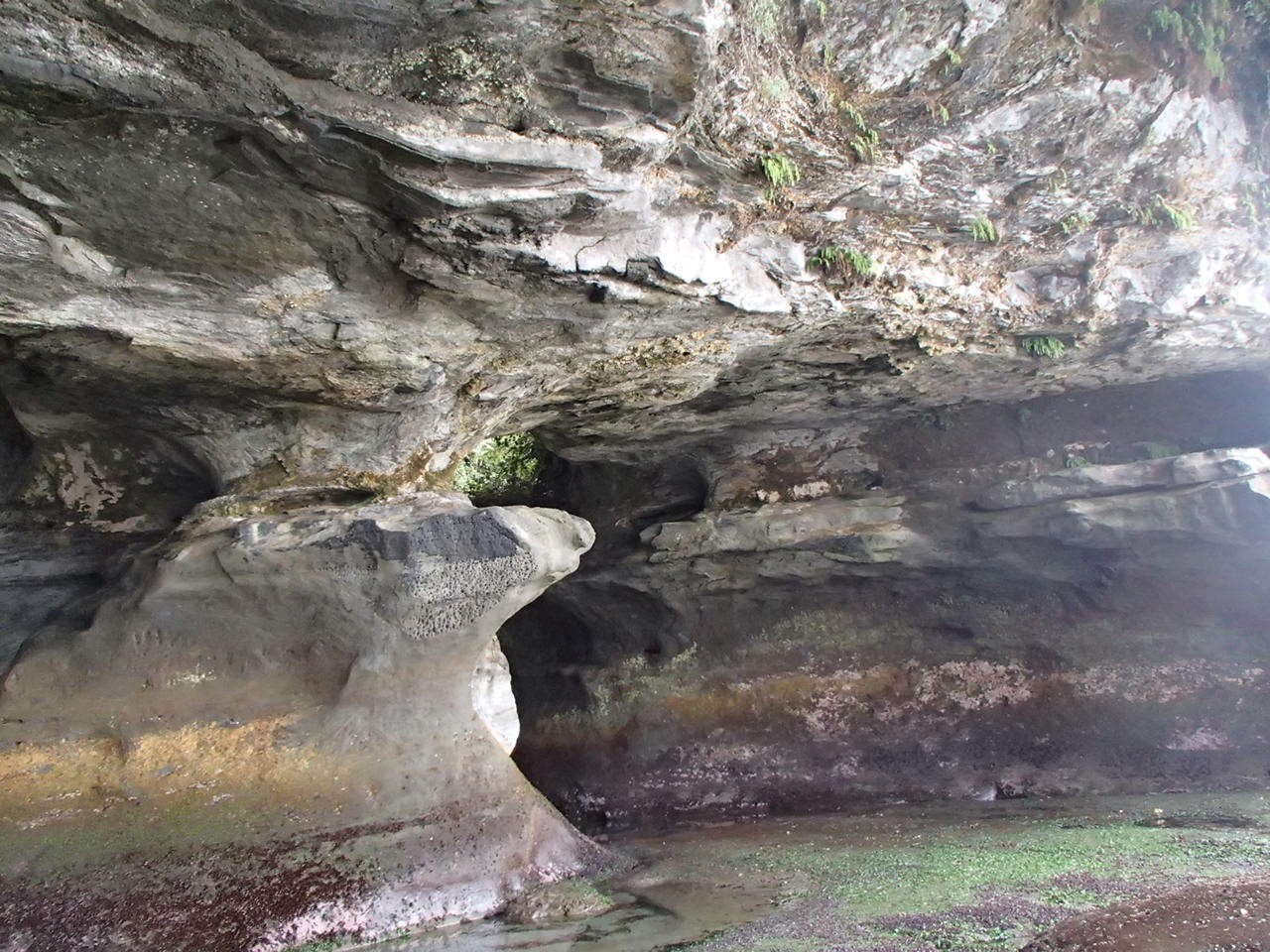 This impressive sea cave at Owen Point is only accessible at tides below 1.8 m and was formed over thousands of years by waves continuously hitting the coastal rock face, in a process called mechanical erosion. Over time, the waves were able to break down weaker materials in the rock face, and as a result, the caves were formed. 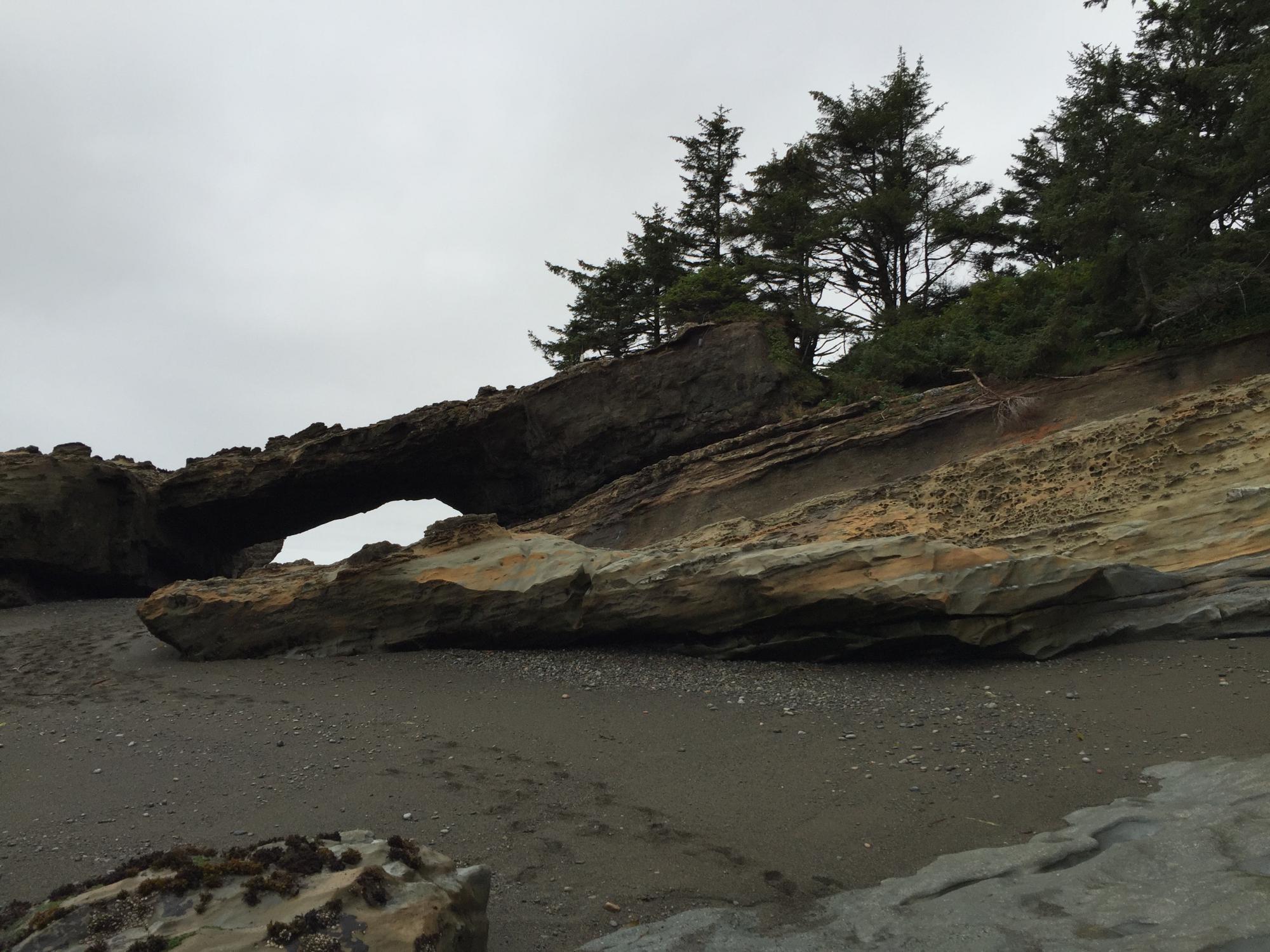 This arch, appropriately named “Hole in the Wall”, was worn away over millions of years by ocean waves pounding against the coastal rock face. The arch originated as a cave, but as water continued to erode the back of the cave, the opening formed. Continuous wave action could eventually lead to the top of the arch collapsing completely. 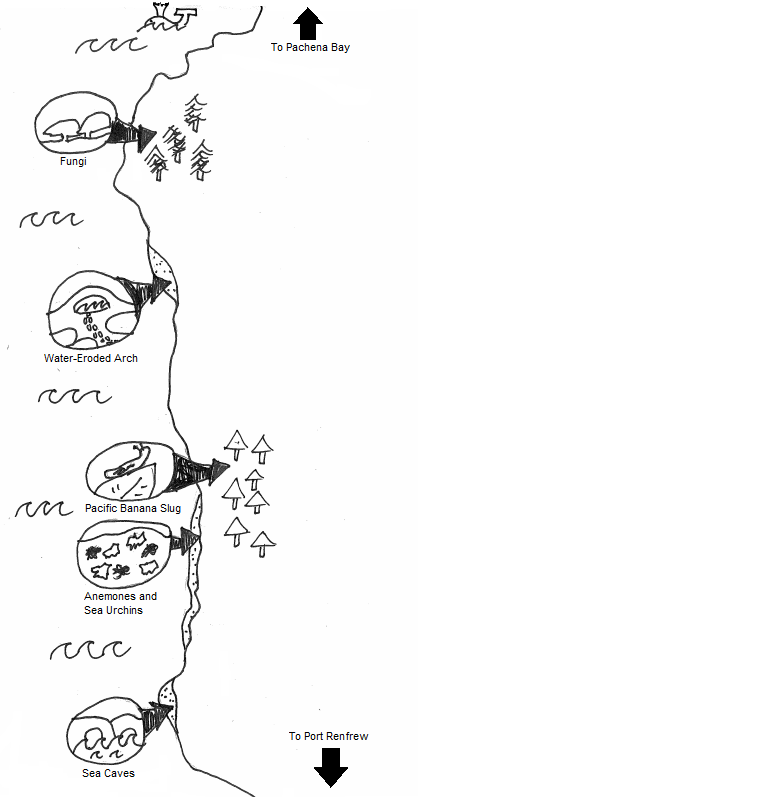 The organisms and geological features discussed here are only a sample of what you would observe if you decide to take on this adventure yourself. If hiking season or the West Coast of Vancouver Island is too far away at the moment, check out BC parks, trails and beaches near you. You won't need to travel far to be amazed!

Ready to hit the trail? Why not take a trail that Dale reccommends: Lighthouse Park in West Vancouver, Buntzen Lake in Port Moody, or Beaver Lake Trail in Vancouver's Stanley Park.