When you think of light you probably think of what you can actually see, but light waves extend far beyond what our eyes can detect. The visible spectrum is just a glimpse at the dark and hidden universe around us.

The electromagnetic spectrum is made up of lots of different types of light. Scientists break this spectrum down in to separate categories of wavelength, starting with the shortest, Gamma rays, and building up to the longest, Radio waves. The interesting thing is the shortest wave lengths have the most energy and the longest wavelengths have the least energy. When we talk about wavelengths, we mean the distance from the tip of one wave to the tip of the next. Imagine you and a friend are each holding one end of a rope. If you wiggle it up and down to make some waves, you would have to  put in a lot of energy to make lots of waves squished together, and less energy to make a couple of waves that are spread apart. 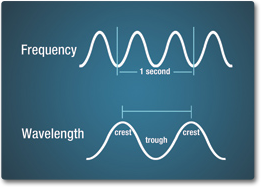 Radio wavelengths can vary from the length of a football to bigger than our planet! In fact some of you tune in to a wavelength each time you listen to the radio. Radio stations are usually referred to as a frequency, this is how often a wave of a certain length passes the same point. We use radio waves in TVs, wireless headphones, remote controls and of course…radios. Because the length of radio waves vary so much, it allows us to have different "stations" and "channels." This is why radio waves are most often used as forms of communication.

Well, microwave ovens are a perfect example of an everyday usage of these 12cm waves. They carry a lot of energy, so when they reach your food, they vibrate the water molecules inside it creating heat, which in turn cooks your food. Microwaves are also used in cell phones, speed cameras and radar technology.

Infrared is in the part of the spectrum just beyond what our eyes can see. We use it for night vision and remote controls. In space it can help us map the dust between the stars and on earth it can help us find people who are lost in dark places, like at sea or in the mountains. 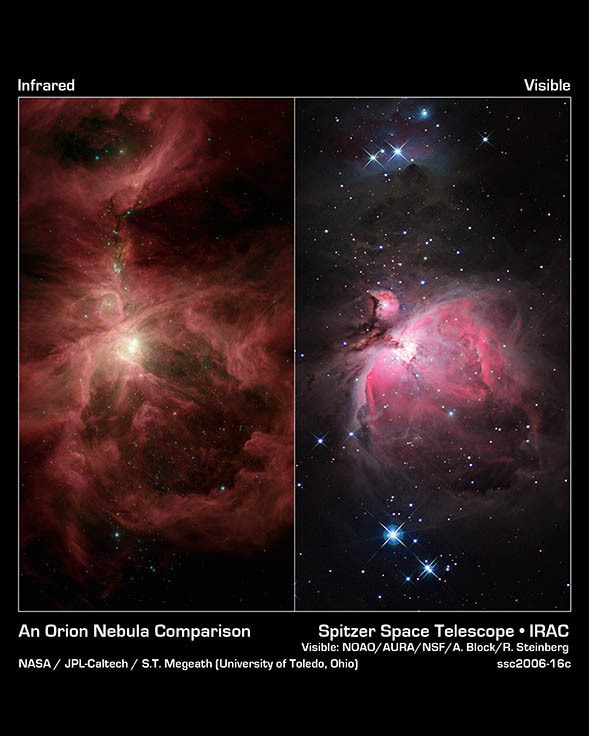 Just on the upper side of the visible light spectrum we have ultraviolet wavelengths, or UV light. Our Sun gives off a lot of UV light which is higher in energy than visible light. That's why we have to use sunscreen to protect our skin. The higher energy of the UV light can cause very quick chemical changes, which can be useful in fighting some bacteria and for hardening glues, but over time, it can damage our skin. Cool fact: bees can see a wavelength in the ultra violet section. When we take a look at certain flowers we can see there is a whole invisible world built to attract pollinating insects!

As we progress through the rest of the electromagnetic spectrum, we reach higher and higher energies. Many of you may be familiar with the the next step on the electromagnetic ladder, X-rays. With very short wavelengths (and therefore high energy) X-rays can cause atoms to react and change, which is why X-ray exposure must be limited. Your luggage at the airport will be fine though! 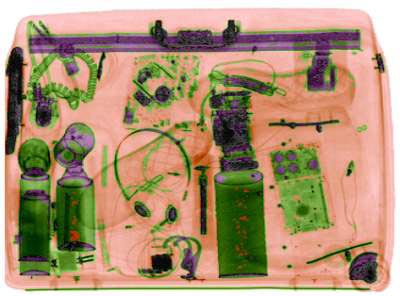 Finally at the higher end of the spectrum we have Gamma rays. These rays are extremely high energy. They are not just responsible for turning Bruce Banner in to the incredible Hulk, they are also used for cancer treatments, to kill microbes and to sterilize food and equipment. There are also some very strong sources of gamma rays out in space such as Neutron stars, pulsars, supernovas and even our own Sun!

The electromagnetic spectrum is our key to finding the hidden worlds around us. Want to learn more about what everyday objects look like at different wavelengths? Come and check out our “Touch Table Spectrum” exhibit in the Eureka! Gallery and explore light with the touch of your fingertips.