In the 14th century, a “tinker” was the onomatopoeic title for a repairer of kettles and pots, named for the sound of light hammering on metal. Tink, tink, tink! Today, the value of tinkering has expanded.

“I define tinkering as mindfully playing around with materials and trying to create something new,” says Carli Boisjolie, Science World’s Tinkering Program Specialist. “When you’re making something without a set of instructions, you learn how to problem solve, hands-on.”

Peer-reviewed evidence proving the educational value of tinkering continues to build. Scientists, engineers, and designers across disciplines are big fans of tinkering. They say it's a practice that’s crucial to both STEAM education and scientific innovation.

A child builds a tower in Tinkering Space while a parent looks on. (Photo by Britney Berrner, 2019) 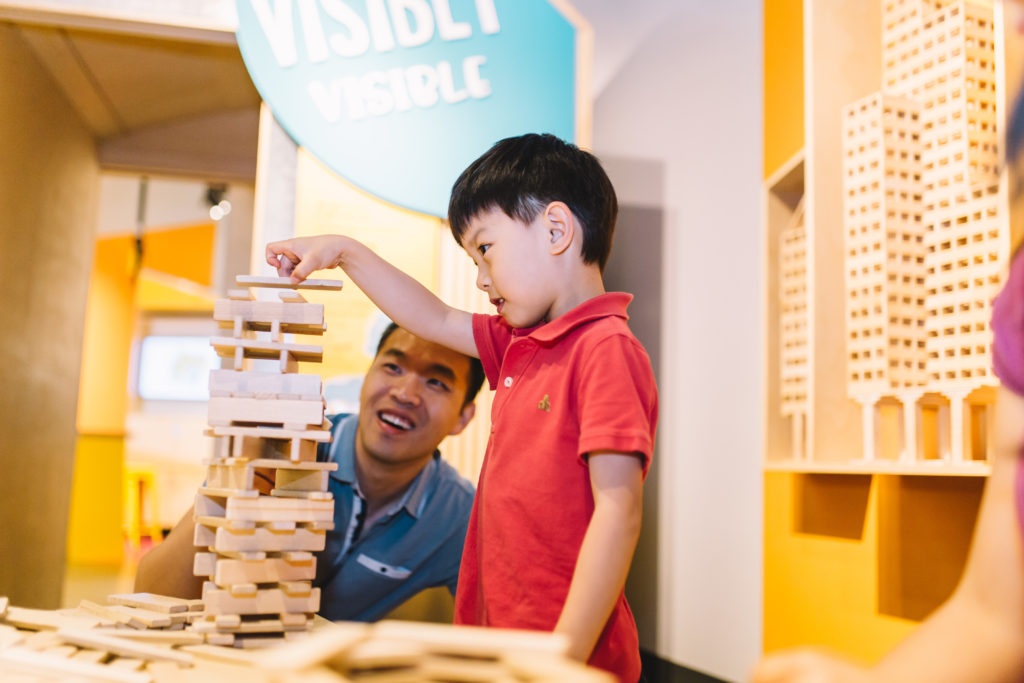 In 2017, Science World embarked on what could be described as its own large-scale tinkering project: a brand-new gallery conceived of and designed in collaboration with WorkSafeBC.

WorkSafeBC partnered with Science World to develop Tinkering Space because they know firsthand how important it is to reach young learners before they enter the workforce.

Cheryl Dulay, a WorkSafeBC Prevention Officer in Occupational Safety, explains: “We have regulations specific to young workers because based on our analysis, they may be more at risk.”

With evidence that young and new workers often lack the proper training, Science World and WorkSafeBC endeavoured to develop innovative, hands-on and engaging exhibits with health and safety in mind.

Three years later, Tinkering Space: The WorkSafeBC Gallery is one of the most popular spots in the iconic dome. Its colourful and informative walls have hosted workshops with over 10,000 participants.

Through building blocks and interactive displays, learners become familiar with the importance of health and safety. They then integrate those learnings as vital components of both work and play.

On the Safe Side

Carli says there’s an organic connection between tinkering and workplace safety. "It's really important when you’re tinkering that you know how to use the tools safely to solve your problem. And, the more tools you know, the more you can explore."

The WorkSafeBC exhibits draw many visitors and engage them for long periods of time.

Like Drop Spot, a sort of reverse-strongman game that tests the protective strength of different helmets and hard hats. Visitors pull a lever to drop a weight from different heights. A gauge swings to display how much force the helmets absorb.

“It’s amazing how quickly kids get it. They get it instantly,” Carli says. “Kids will stand there for so long, trying it over and over and over again. They test all the different variables, learning so much. It's just really awesome to see.” 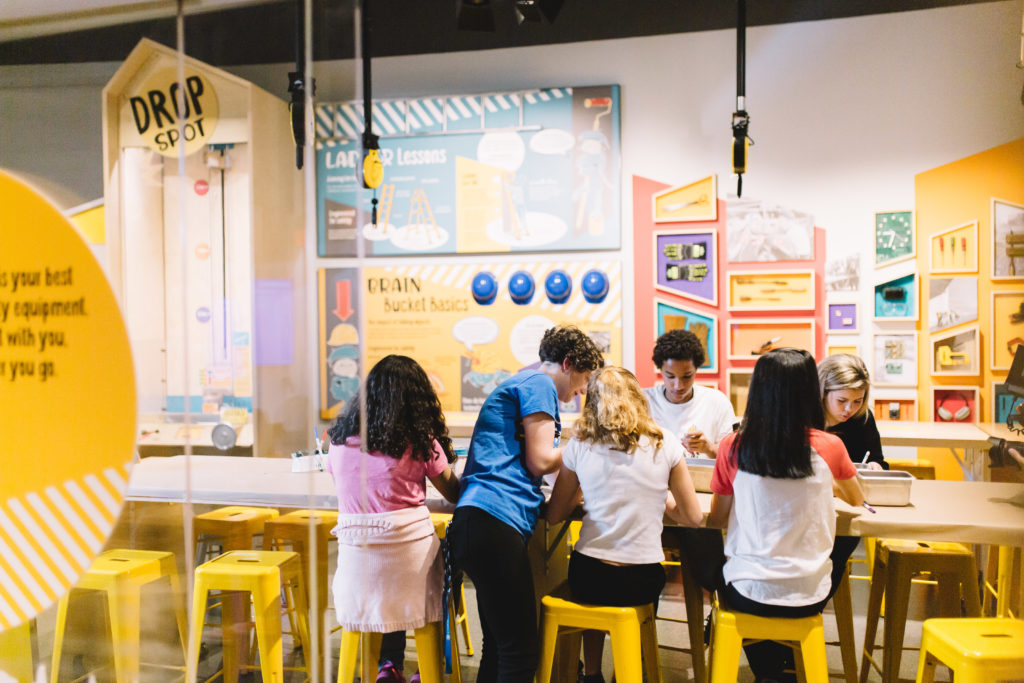 Another exhibit called Hear Here keeps visitors entertained on the topic of noise-induced hearing loss. It was co-designed with Sasha Brown, an Occupational Audiologist at WorkSafeBC.

"Visitors love using it. It’s a lot of fun. People go in and dance and have a great time,” all while learning how to protect the sensitive structures of their inner ears and what it sounds like to have different levels of hearing loss.

Kerri Buschel, Director of Experience, Marketing, and Insights says, “We are proud of our collaboration with Science World because we both understand the value of preparing young people for a bright future through memorable and safe science-learning experiences.”

Tools for a Safe Future

Science World and WorkSafeBC continue to work together, dreaming up enhancements to the gallery that will further nurture hands-on creativity and problem-solving while emphasizing health and safety awareness and practice.

For Carli, the possibilities for the learning outcomes for Tinkering Space are endless: “For me, the value of tinkering is that you can really see the connection between science and art. It allows you to be very creative, which allows you to learn from making mistakes.”

“In real life, people might get sad if something goes wrong. But in tinkering, it’s celebrated, because when you make a mistake, you learn something new. And that’s the whole point.”

Help fund the future and the next generation of tinkerers, problem solvers, wonder seekers, world changers and nerds.