Most people who write about a women scientist follow a specific approach where a woman is described first as a women, before being acknowledged as a scientist. In response, a series of rules were developed, called the Finkbeiner Test, where the writing cannot include:

One of my first blog posts for Future Science Leaders was about my idol since I was a little girl, Marie Curie. Although I had no intentions to, I found that I was also guilty of contextualizing her as a female scientist, rather than just a scientist. After a session with our instructor, Catherine Anderson, she proposed an idea for the weekly blog post: to break all the rules of the Finkbeiner Test when writing about a male scientist.

Pierre Curie was born on May 15, 1859, to Sophie-Claire and Eugène Curie. From a young age, he demonstrated a strong aptitude for geometry and mathematics. When he was only 21, he and his older brother Jacque invented the Curie Scale, a highly sensitive instrument that provided precise measurements required for their experiments with electric potentiality. 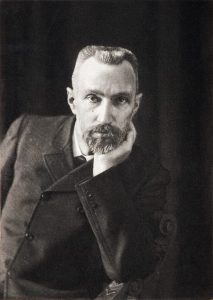 In 1984, Curie was introduced to Maria Sklodowska, whom he would marry one year later. Together, they worked on isolating polonium and radium. In 1903, they were awarded the prestigious Nobel Prize for their research regarding spontaneous radiation, thus becoming the husband of the first woman to win a Nobel Prize. 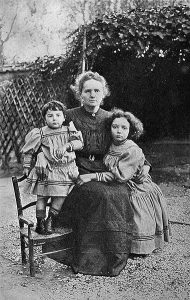 They have two daughters, Irène (who earned a Nobel Prize in Chemistry) and Ève. On a busy rainy day in April 1906, while crossing the street, Curie slipped and was run over by a heavy carriage, crushing his skull and killing him instantly. He was 46 years old.

In doing this challenge, I felt I gave more emphasis on who Pierre Curie was rather than focusing on his great achievements and legacies. It allowed me to realize that female scientists are too often treated this way, but I hadn't previously given it much thought. This exercise reinforced the idea that a scientist should have their scientific discoveries and contributions described first and foremost, regardless of whether they are male or female.