On February 11, 2016,  Scientists at the Laser Interferometry Gravitational Observatory (LIGO) announced that they have detected gravitational waves from two merging black holes more than a billion light years away from earth. Merging black holes are detected roughly once every million years in our Galaxy and this collision produced more than 3 times the mass of the Sun in pure gravitational energy. Gravitational waves travel at the speed of light—there is no cosmic speed limit on space itself. That means that these waves that were produced in a fraction of a second have been travelling towards us for over a billion years.

A hundred years ago, Albert Einstein published his theory of General Relativity. In it, he proposed that ripples in the fabric of space-time, or gravitation waves could exist! Gravitational waves, he figured, would be caused by large masses, such as black holes or neutron stars, and could cause space to stretch and squeeze as the masses travel. Scientists have been searching for these gravitational waves for decades in the hopes that they might offer a broader understanding of space and time. There have been some false alarms with gravitational wave detection in the past but scientists are 99.99% sure that this is the real deal. This consensus among scientists makes the discovery the final confirmation that Einstein was right about General Relativity and it is also the first direct detection of black holes! 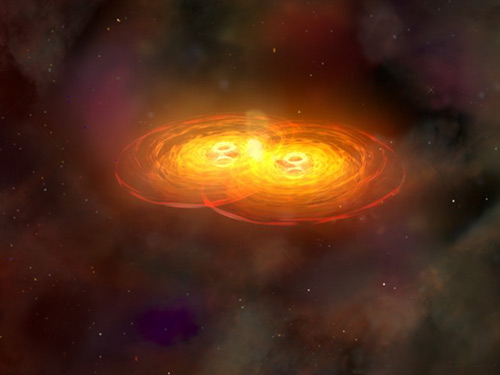 Gravity is the weakest of the fundamental forces, despite its obvious role in our everyday lives. It is extremely hard to detect something this faint. As is explained in Emanuele Berti's article, the "Advanced" LIGO experiment consisted of two detectors 3,002 km apart, one in Louisiana and one in Washington State, "Each detector is a Michelson interferometer, consisting of two 4km-long optical cavities, or “arms,” that are arranged in an L shape. The interferometer is designed so that, in the absence of gravitational waves, laser beams traveling in the two arms arrive at a photodetector exactly 180° out of phase, yielding no signal. A gravitational wave propagating perpendicular to the detector plane disrupts this perfect destructive interference. During its first half-cycle, the wave will lengthen one arm and shorten the other; during its second half-cycle, these changes are reversed. These length variations alter the phase difference between the laser beams, allowing optical power—a signal—to reach the photodetector." 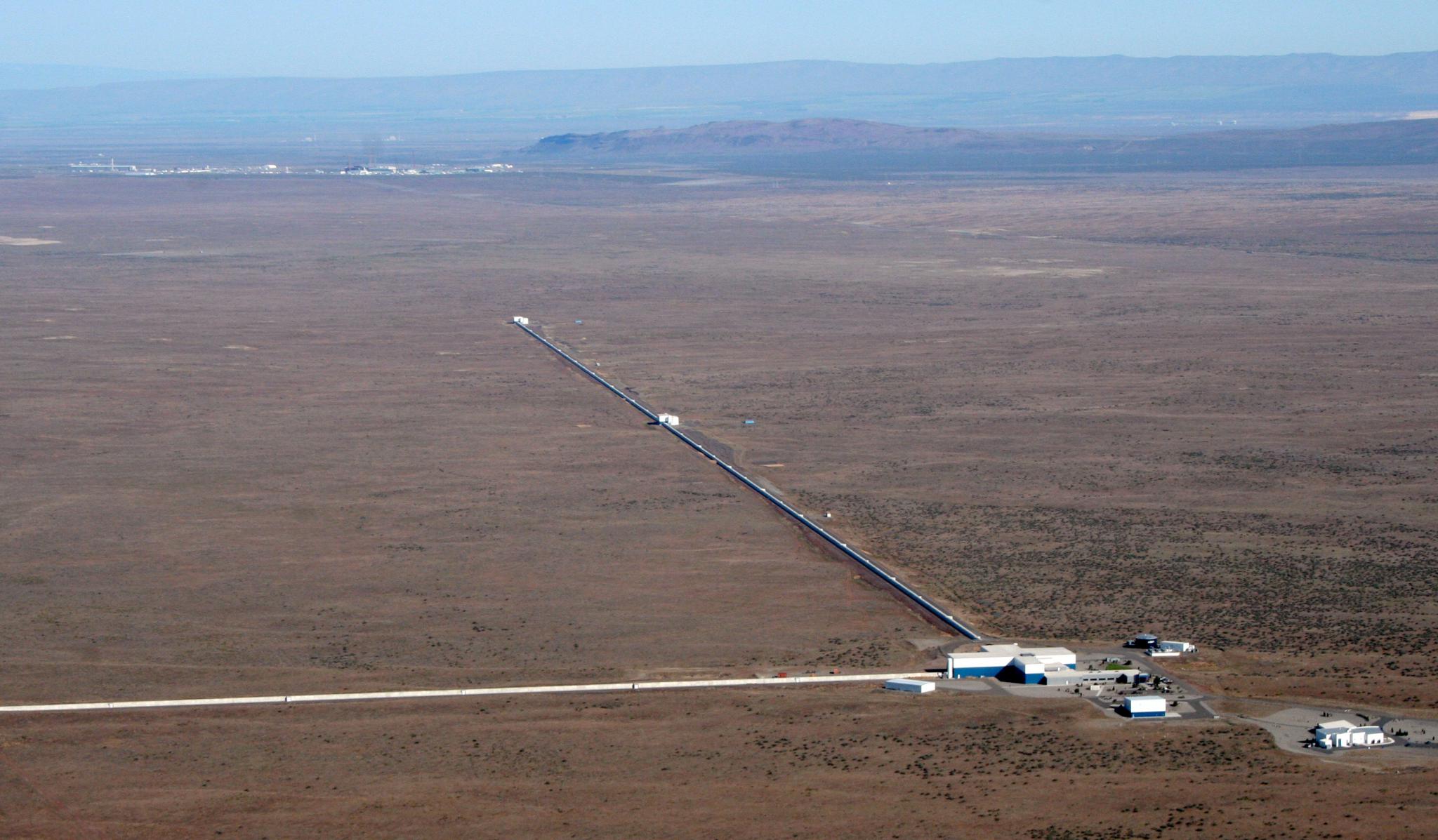 Where previously we have only been able to observe objects that give off light, scientists say this will open a new window to the universe, through which, we can observe gravity too.

Other gravitational wave experiments include BICEP2, MiniGRAIL, NanoGrav and LISA.

Want to get involved? Check out a project called Einstien@home to find out how you can help scientists process their data at a much faster pace.