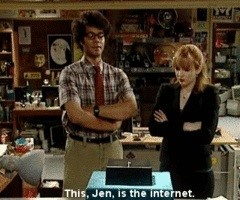 After extensive consulting with Science World's IT manager, Jordon, I learned that the internet is a lot of computers all connected together. The computers can be arranged into networks for businesses, governments and your even house, which means that the internet is, essentially, a network of networks! So, when we ask, "How big is the internet?" we have to also ask…

Is the internet a physical thing that can be measured?

It really depends on how you look at it. We could look at the amount of bits of data on the internet, the electricity it takes to power the internet, or even how much storage it would take to house all that information.

Let’s begin by taking a look at the actual stuff that’s on the internet. The internet is full of emails, websites, videos, songs, etc., but how do we measure how big these things are? We can start with a simple analogy.

The smallest measurement of data a computer can use is a bit, which is represented by either a 0 or a 1. Computers speak entirely in 0s and 1s, which means that every time you type in a command or a Uniform Resource Locator (URL), the computer translates what you said into a bunch of 0s and 1s.

But do bits have mass?

Computers know if a bit contains a zero or a one depending on how many electrons flow into the computer at any point in time. There’s actually a threshold that the computer can interpret, if the voltage (a bunch of electrons travelling together) is above the threshold it’s a one, below it is a zero. Pretty cool. 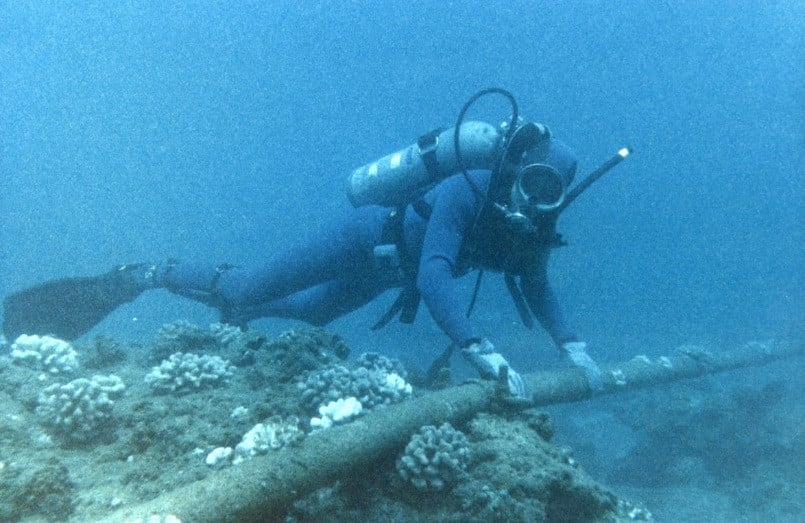 What about storage and transportation of data? How big is that?

Most internet is local to your country or continent and travels through fiber optic cables, but when you're accessing information from the other side of the world, it travels via a huge system of underwater cables. If every wire in those cables were put end to end, their length would be around the same as the diameter of the Sun! That’s 391,600 km!

Moore’s Law is an observation that processing speeds of computers will double every 18 months. Recently a team of researchers from China have discovered that Moore’s Law can also be applied to the growth of the internet. According to their publication in the New Journal of Physics, researchers predicted that the internet will double in size every 5 years.

The data on the internet isn’t really all that big, but if you take a look at the size of the server farm that powers just Facebook alone (photo below), you can see that storing it takes up quite a lot of space. The cool arctic air is used to keep the servers from overheating. 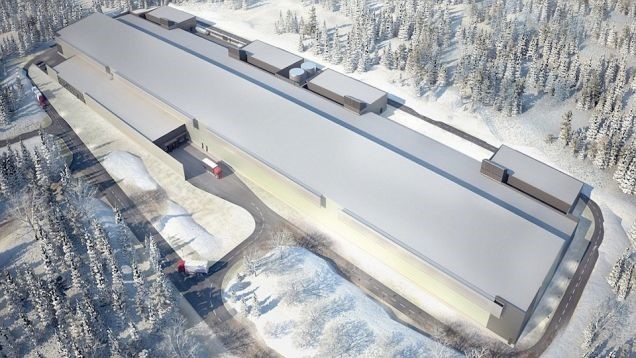 Google has 12 server farms in different locations around the world. Imagine how many would be needed to power the whole internet!

Server farms store information such as your Facebook photos and videos, but they also process information. This kind of technology has come a long way. Today, your cell phone has more computer power than all of NASA back in 1969, when it placed two astronauts on the moon.

So, you might ask a whole new question: “Is the internet getting bigger or smaller?”

Speaking of the internet, we love adding to the information you can find there. Do you know what a math geek would do with her own garden? And have you ever wondered why we can't travel at the speed of light like they do in the movies? Do you have a question you like to see answered here? Add your queries to the comments and our science bloggers will do their best to answer them!