Besides the terrifying and awesome shapes of dinosaurs, there is one thing that has amazed scientists and the general public since their discovery: their size.

It’s very uncommon for modern mammals to grow as large as many dinosaurs did. While the weight of a Theropod, a two-legged carnivorous dinosaur, most often fell between 100 and 1000 kilograms, most carnivores that currently exist are between 10 and 100 kilograms in weight—an entire order of magnitude less.

Sauropod dinosaurs were likely the largest terrestrial animals that ever existed. For example, Argentinosaurus, a titanosaur of unprecedented size, could have weighed between 50 and 90 tonnes. Their size is only surpassed by baleen whales, whose weight is supported by water.

But the question on everyone's mind is how, or more specifically, why did they get so big?

To understand the gigantism of dinosaurs, we have to think about the reason animals might become large in general. Since no examples of purely marine dinosaurs exist, we'll focus on terrestrial animals—animals that live on land.

Today's largest land animals are the elephant and the giraffe, and both became large as a result of different advantages their size gave them.

The gigantism of the giraffe seems obvious: its long neck allows it to reach for higher foliage that is inaccessible to other herbivores, giving it an advantage in gathering food. To support such a long neck, a larger body is also needed.

Large animals are also more difficult to hunt. If one elephant is large and another is small, predators will have an easier time catching and killing the smaller one. Thus, the bigger elephant survives and has offspring, which may be slightly larger than its parents at adulthood. Over time, elephants reach their present day size.

This may also have an effect on the size of predators, spurring the selection of larger and larger individuals that can take on the bigger prey. However, a predator doesn't need to reach the same size as its prey to hunt it efficiently and they often are not.

But that still doesn't fully answer the question: why are dinosaurs a whole order of magnitude greater in size than their modern-day counterparts? 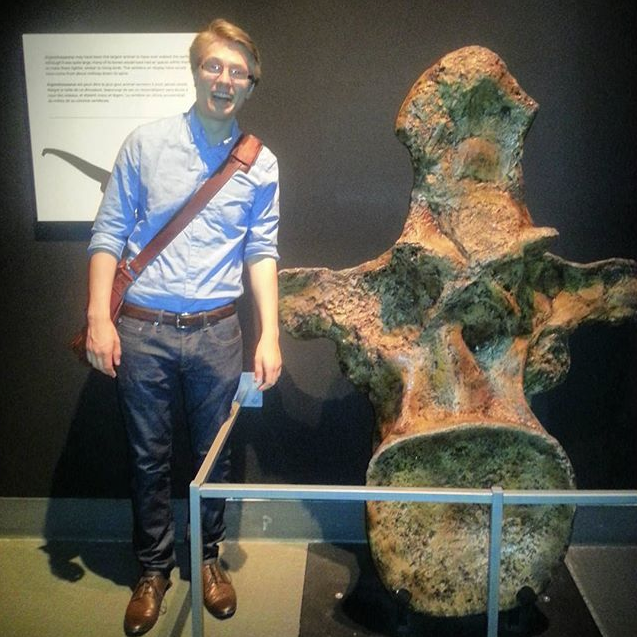 Was it something in the air?

For a long time, researchers theorized that high oxygen contents in the atmosphere could have allowed dinosaurs to grow to larger sizes, much like arthropods like Meganeura did in the Carboniferous. However, recent analyses of amber spanning the age of dinosaurs suggested that oxygen concentrations in the atmosphere were likely lower than that of the present day. This theory doesn't work then.

Another theory suggests that the higher abundance of plant material in the warm, carbon dioxide-rich environment of the Mesozoic, would have provided enough food for large herbivores. But even with all the food in the world at their disposal, herbivores are still eating plants, which require extensive breaking down through either chewing, which takes a long time, or digestive action, which most herbivores don't have the stomach for—literally. Their stomachs were just not big enough to hold food for a long enough time (think of the digestive strategies of deer or cows, which appeared after dinosaurs).

This key point brings us to the latest theory about dinosaur size, and it rests on the shoulders of one group: the sauropods. 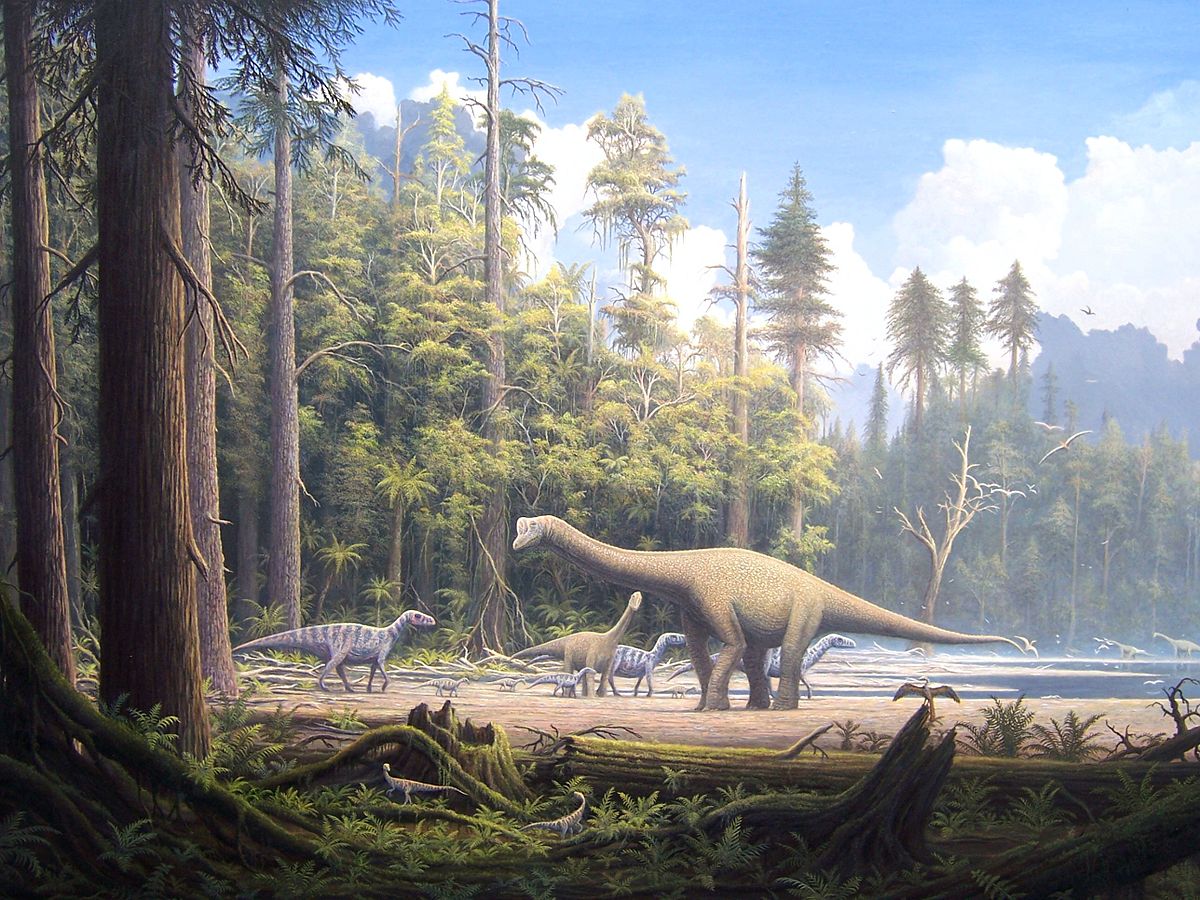 Evolutionary cascade of the sauropods

Sauropods are a unique group of dinosaurs. They had hollow bones, didn't chew their food, they had incredibly long necks, and likely possessed huge stomachs. These traits are theorized to be key in how they attained their enormous size.

Undoubtedly, their long necks allowed them to reach food other animals couldn’t, which made a bigger size more advantageous for them. Their long necks relied on two key traits: hollow, or pneumatized, bones of the spine, as well a small head, which allowed the neck to be light.

The only way they could get away with having such a small head was because they didn't need to chew their food.  A chewing head needs to be big in order to accommodate big jaw muscles and strong, heavy bones to crush food. As sauropods' stomachs grew in size, researchers think they evolved the ability to store food for a long period of time. So, they could consume a huge amount of food very fast by swallowing it whole (they didn’t chew each bite 20 times, like your mother tells you to). Then their stomachs would do the slow work of grinding it down over the course of weeks, which would slowly release the nutrients to fuel the massive bodies. There has been some evidence that, like chickens, dinosaurs may have swallowed stones to help break down food.

We also know that sauropods had small offspring and many of them. Each one would have grown incredibly fast before reaching adulthood. This tells us they likely had a fast metabolism and were warm-blooded. However, warm-blooded digestive action creates a lot of heat, so it would appear that such large animals would metabolize so fast that they could cook themselves from the inside out. And the larger the object, the longer it takes for heat to leave, so how did Sauropods cool themselves down?

Lucky for them their pneumatized bones would have helped to lighten the skeleton. They may also have had a super-efficient breathing system, like that of modern birds, which would have evolved at the base of the lizard-hipped dinosaurs' family tree. This respiratory system is thought to be more efficient at dispersing excess heat, which could help the sauropods grow to greater sizes.

So, why aren’t there any giant animals alive today?

Even though we know that it would have been useful for the dinosaurs to be big to avoid predation and that the ecology might have supported a larger appetite, and even with huge stomachs and specialized breathing, it still doesn’t explain everything.

Gigantism in dinosaurs has mainly left us with more questions like: how did they grow so fast? How did an animal with such a fast metabolism stay cool? and why don’t giant land animals exist today?

Do you have a theory about why or how dinosaurs got so big? Let us know what you think on Twitter!