Spring is a great time of year to enjoy the native wildlife of British Columbia. One local animal I find particularly delightful is the marmot. Social and charming, marmots are the largest ground squirrels in the world. There are 15 species of marmot, 3 of which reside here in BC. The marmot has rodent teeth and powerful shoulder muscles for digging burrows. Marmots live in colonies, consisting of a dominant male, several breeding females and their pups, and sometimes subordinate males. Marmot interactions are grouped into friendly behaviours such as playing, grooming and nose touching, and aggressive behaviours (more often seen between marmots from different colonies) which includes chasing and fighting.

Marmots spend about 8 months a year hibernating, which contributes to the 80% of their lifespan that they will spend underground. As spring approaches, we are coming to the time of year when marmots wake from their long cozy sleep. Soon after they wake up, they begin to give birth to litters of pups. Mid-April through June is the best time of year to go and look for marmot colonies. It’s a magical time for nature enthusiasts to get exploring and observe some local animals, including all three marmots below which are ranked from the most likely to find to the more evasive marmots. 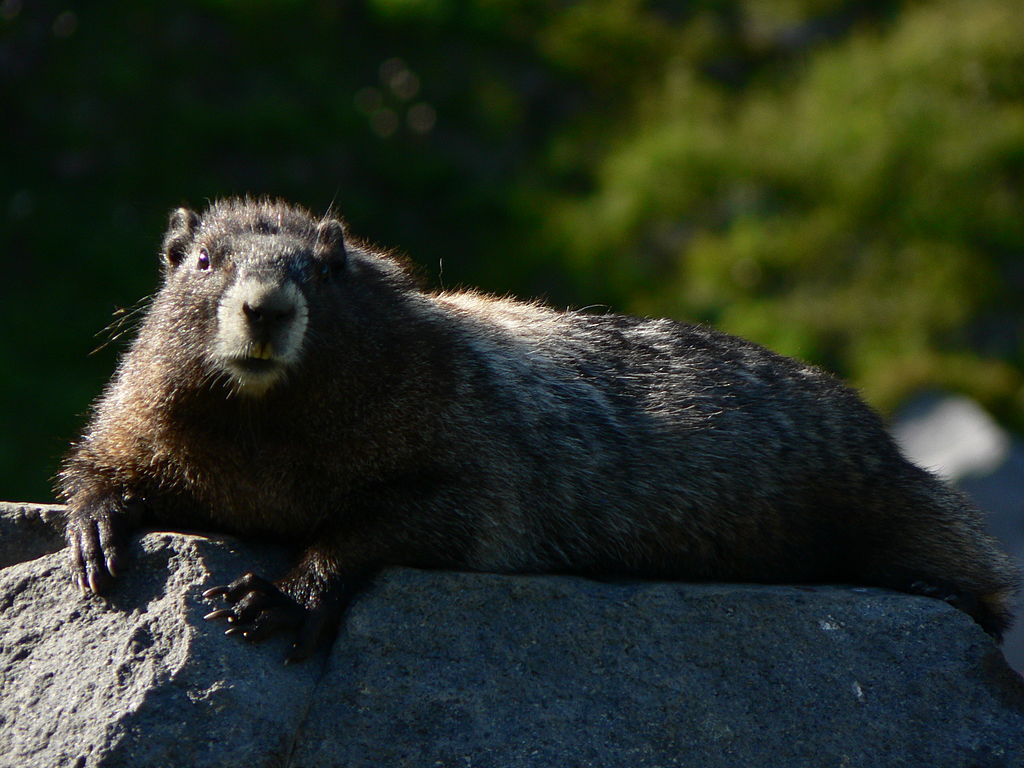 Quite large and brown and grey in colour, the hoary marmot is found on the rocky slopes of the Cascade Mountains, including Whistler. The hoary marmot is often referred to as “the whistler” because of the high pitched undulating scream that they emit when they feel threatened. In fact, Whistler Mountain was given this name in the 1960s after the many noisy marmots that live in the alpine area. This incredible adorable sound is used by the hoary marmot (along with other marmots) to alert any nearby marmots to approaching predators or humans. In areas where marmots are more accustomed to seeing people, they may even approach hikers in hope of retrieving a snack.

Looking to see and hear hoary marmots? Colonies are known to live in the hiking religions of Squamish, Whistler and Garibaldi (particularly High Note Trail, Cheakamus Lake and Wedgemount Lake). 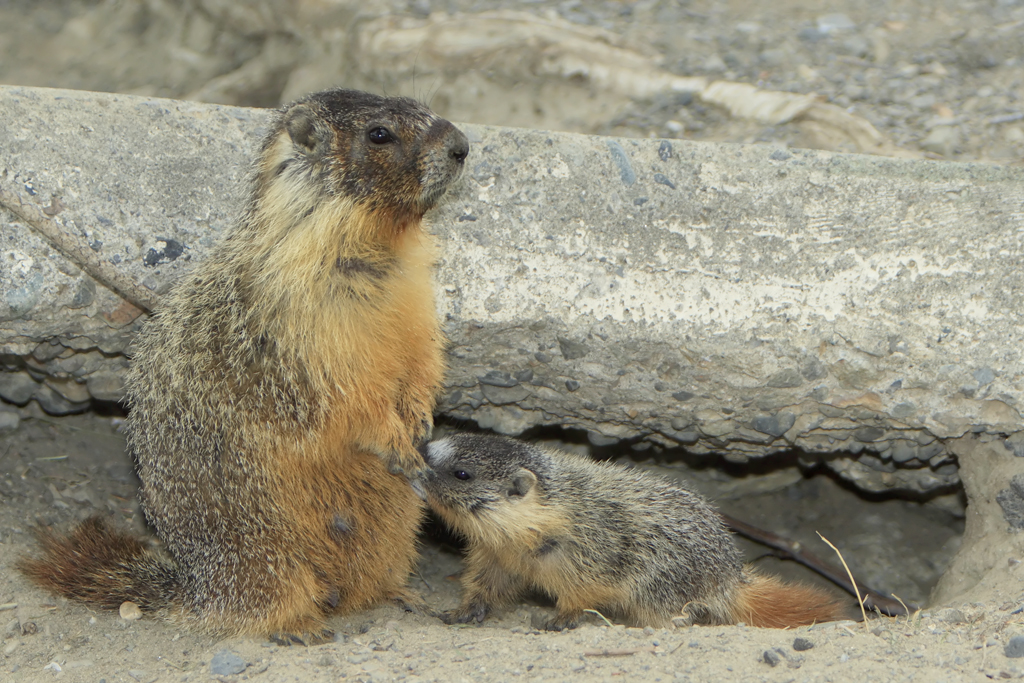 The yellow-bellied marmot is found in the southcentral region of BC and throughout the Rocky Mountains. Also known as the rock chuck, the yellow-bellied marmot is named for the yellow colouring of the fur on its belly. The typical day in the life of this marmot may include emerging from a leaf-lined burrow, morning grooming, sun bathing and perhaps eating some tasty grasses and flowers. In the afternoon, you can expect more sun bathing, relaxing in the burrow, eating more grasses, and then heading back to the burrow for bed. Despite all of their time spent lounging, the yellow-bellies are always on alert. While they lay out their body in a comfortable sprawl, they keep their head and neck in an alert position.

Spot the yellow-bellied marmot in areas of the Okanagan such as Penticton, Kamloops, Kelowna and Osoyoos. 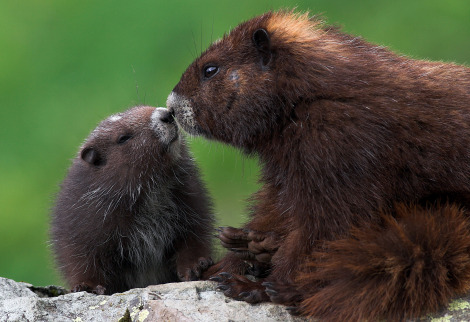 British Columbia’s most famous marmot, and Canada’s most endangered mammal, the Vancouver Island Marmot can be found only on Vancouver Island. Captivatingly cute, they are easily distinguishable from other marmots by their chocolatey dark brown coat with contrasting white patches. In 2003, the wild Vancouver Island Marmot population dipped below 30 individuals, but with recovery efforts in place we have brought these marmots back from the brink of extinction and their numbers have increased to about 250-300.

While this species used to occupy much of Vancouver Island, colonies are now very limited and one of the only known locations to see them without helicopter access is in the Mt. Washington area and neighboring Strathcona Provincial Park.

To see some of these adorable creatures yourself, head out to these locations and make sure you look out for sunny rocky areas. You will also likely hear a marmot whistle before you see one! If you see a Vancouver Island Marmot, you can help support their recovery by reporting what you saw and where to the Marmot Recovery Foundation. Happy Hiking!

Spring is the time that all of our hibernating friends are waking up to smell the flowers. Have you ever been curious about hibernation? Find out which animals hibernate and which only “sort-of hibernate“.