On September 5, 2016, we asked kids at TELUS World of Science if they had any questions for the Canadian Space Agency (CSA) about the, then upcoming, Mission to Bennu. The questions and conversations that evolved were a great opportunity to talk about space and to help the CSA connect with Canadians about the mission, which launched successfully on September 8, 2016.

We were super excited to hear Stéphane Desjardins, Space Exploration Projects Manager at the CSA, answer one of our questions on Facebook live right before the launch. Subsequent questions were answered in other ways. Here’s what we learned: 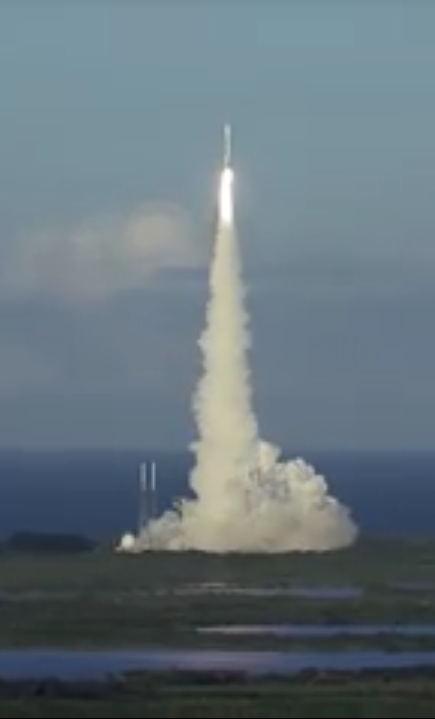 Of all the asteroids out there, why go to Bennu?

Stéphane Desjardins explained: There are more than half a million asteroids in our Solar System, each one is like a time capsule. They are remnants of when the Solar System formed around 4 billion years ago. This means, by studying asteroids and going one step further—by taking a sample, we can learn a lot about the origins of our Solar System.

When we chose which asteroid to go to, there were technical and scientific considerations.

Technically, we needed to choose an asteroid that we could feasibly travel to, study, take a sample from and return it back to earth in a reasonable time frame. This left us with around 25 asteroids to choose from. By choosing to go to Bennu, the samples will be returned in about 7 years, so maybe by the time some of the kids we spoke to are in university, they may be studying the sample returned from Bennu!

The scientific considerations help us narrow down our numbers even more. Of the asteroids that are both close enough to earth and about the right size, only 12 of those has a known composition and only 5 of those are primitive and carbon rich.

These asteroids are most likely to contain the organic molecules that may be precursors to life on Earth. Bennu is one of these five, and of the five, Bennu comes very close to Earth, comparatively.

Cool fact: Bennu’s close proximity makes it potentially hazardous since there is a possibility that it could impact Earth sometime in the 22nd century.

How far away is Bennu?

Bennu orbits the Sun once every 1.2 years but it comes close to Earth once every 6 years. Just like planets, comets and other orbiting bodies, there is a closest and furthest distance from the Earth. The closest approach we can predict will be in 2135 where Bennu will soar 300,000 km (186,000 miles) above the Earth, that’s about the distance from the Earth to the Moon. The furthest point will be about 340 million km (211 million miles) away from Earth.

How big is Bennu?

Bennu is pretty much a big ball with a lumpy middle. Its diameter is about 500m, roughly the size of the Empire State building. 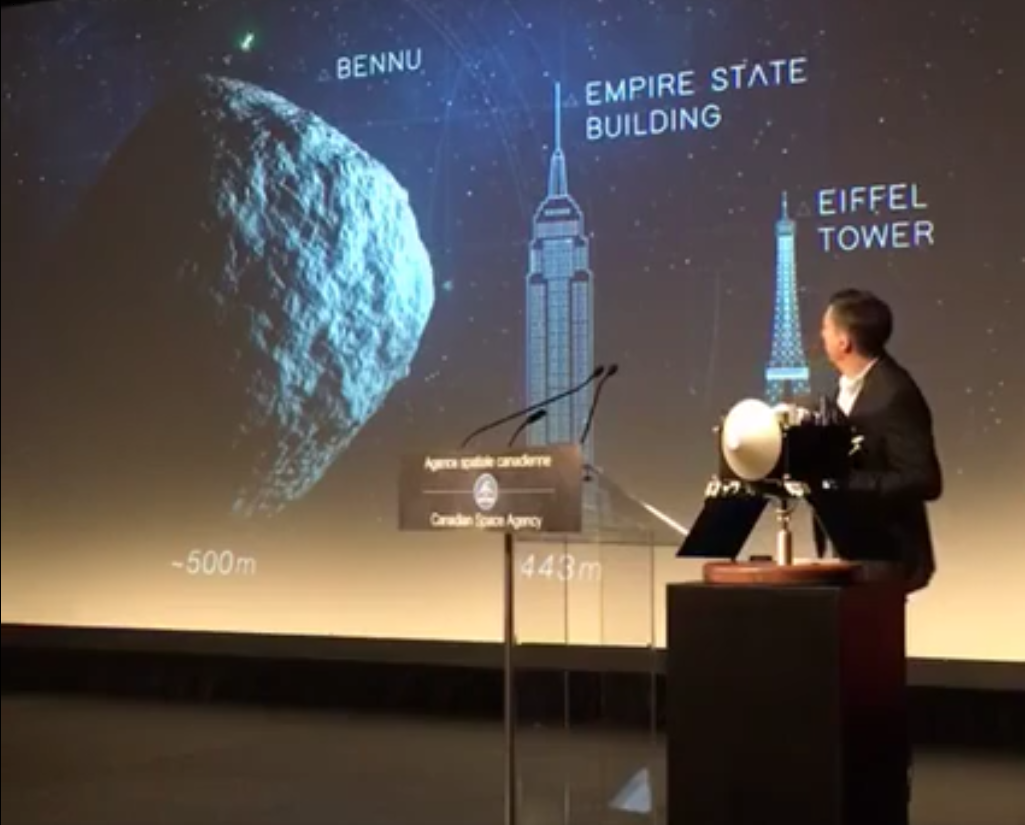 How was Bennu discovered?

The Lincoln Near-Earth Asteroid Research project was responsible for the discovery of Bennu in 1999. The research project was basically a low-light video camera on board a telescope which was used to take pictures of spacecraft orbiting the Earth. Little did they know that it would discover asteroids too! This project is responsible for the discovery of the majority of asteroids from 1998 until 2005, at which time it was taken over by the Catalina Sky Survey.

Want to learn more? Watch the recorded press conference preceding yesterday's launch. And if you haven't watched the launch, you should probably watch that too.