Breaking news from the Search: Sara Stern Gallery! Under our very noses, there has been an amazing adaptation (or mutation) and we’ve just discovered it. If you visited the Search gallery at TELUS World of Science, you may have seen a large terrarium filled with stick insects. Several species of stick insects, or phasmids, live in this habitat. One of these species is Extatosoma Tiaratum, otherwise known as the giant prickly leaf insect, for reasons that are probably obvious. One of these insects is unlike any we have seen before. It’s colour is totally different from any of the others. Where the rest are a dark mottled brown, this new insect is almost completely white with tinges of green.

The question is, how did this unusual insect come to be?

Even without the appearance of this remarkably coloured specimen, the reproduction and life cycle of our stick insects is quite amazing. Stick insects usually reproduce sexually in the wild, meaning a male insect will fertilize a female insect’s eggs and the babies, or nymphs, will have genes from both parents. However, when a group of stick insects is all female (like ours here at Science World), they reproduce using a process called parthenogenesis. This means the female can lay eggs without being fertilized. All of the nymphs will be female and have genes only from the mother. They’ll typically grow up to look identical to their mother.

Giant Prickly Stick Insects mimic other species during parts of their life cycle for their own advantage. When they hatch from their egg, nymph stick insects look like baby spider ants, and will live with these toxic ants underground for a short period to avoid predation. As adults, they resemble sticks, leaves and lichen to avoid catching the eye of a predator. If they are spotted by an animal, they have one more disguise, they will move and position their body to mimic a scorpion preparing to strike, curling their abdomen up and thrashing their front legs—hopefully scaring away a potential predator.

But why is she white?

Did her colour change to better reflect her environment? As we can see in the picture below, this new pigmentation blends in to their habitat much better than the others. These insects are well known for their ability to adapt and blend into their given environment. As stick insects develop, their colouration can be affected by temperature, food and humidity. It’s possible that this egg experienced some different conditions that resulted in a new colour. 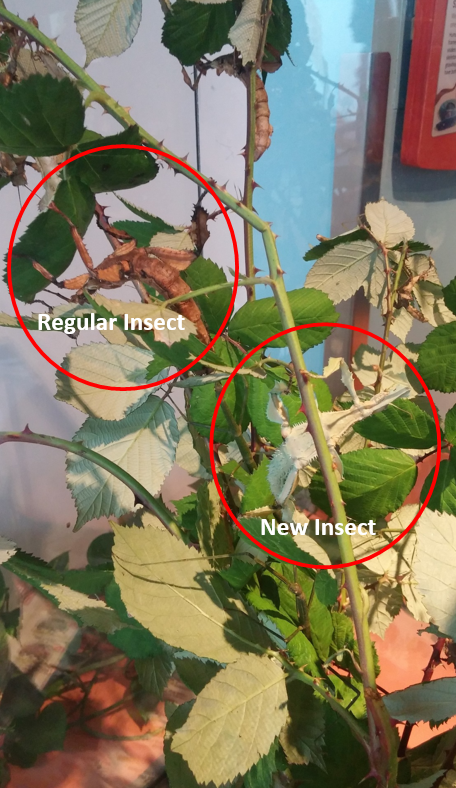 Fig 4. Our new stick insect blends in much better.

Is her colour the result of a random mutation?

Perhaps this change in colour was totally accidental. Like all creatures, the appearance of the giant prickly stick insect is determined by its DNA. Traits of the insect, such as its eyes, antennae, spines and colour, are all determined by sections of DNA called genes. If part of the colour-determining gene was mutated, it could have led to this colourless specimen. Mutations like this lead to albinism in many species, including the albino penguin seen below. 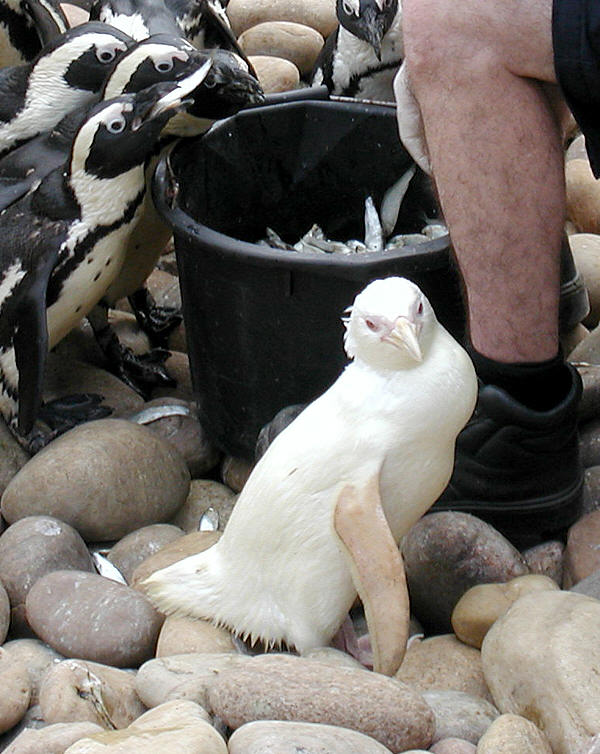 Fig 5. An adorable albino penguin, his pigments have failed to develop like the typical penguins behind him.

From our research, it looks as though albino stick insects are very rare. As we keep examining our new insect, we are going to track and follow her offspring to see what they can tell us about her genes. We are going to collect the eggs of our pale beauty to see what her nymphs look like. If they have the same colouration as the mother insect, we know that this was a genetic change that affected her DNA, as opposed to a changed based on her environment.

Stay tuned for more details as we follow the journey of this exciting new addition to the Search Gallery!

Insects are fascinating! Read on to find out about the the microscopic insects that live on your body. And did you know that when you eat figs, you are probably eating a bug? I’m serious!