It’s hard to find an animal that looks more different from me and you than the octopus. With a bulbous head, eight suckered arms and a mouth in its armpits, the octopus has been feared for centuries as a sea monster, even an alien.

In the novel, Twenty Thousand Leagues under the Sea, Jules Verne offers a frightening reflection on the octopus:

“A man-eating shark, a giant poison-fanged moray, a murderous barracuda, appear harmless, innocent, friendly and even attractive when compared to the octopus. No words can adequately describe the sickening horror one feels when from some dark, mysterious lair, the great lidless eyes of the octopus stare at one.”

An up-close look at an octopuses arms and suckers. 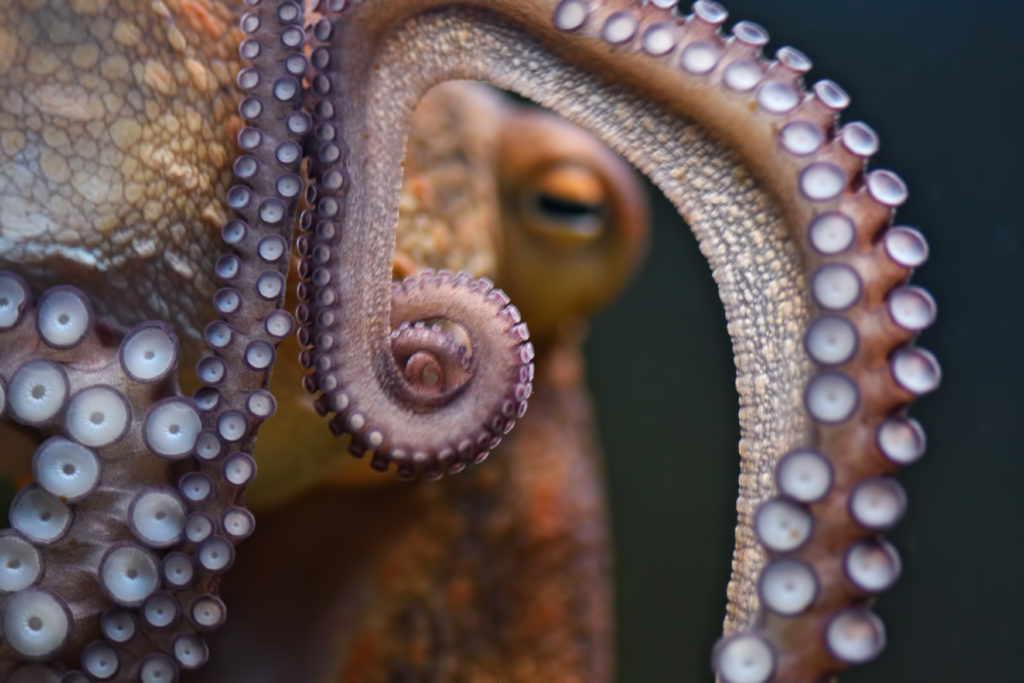 Despite this gruesome description, the octopus is my favourite animal. Not for all the strange differences between them and us, but for the similarities. Most amazingly, octopuses are intelligent! Like us, they learn through play and are capable of solving complex problems (with tools, if necessary). In fact, octopus scientists have been trying to fathom how a creature more closely related to a snail than a human is capable of intelligent behaviour.

One way they’ve approached this subject is to look at octopus DNA. Each and every living thing on the planet is defined by its DNA. The differences and similarities in this sequence are largely reflected in differences and similarities between the creatures themselves. In August of 2015, the complete DNA sequence (called a “genome”) of the California Two-Spot Octopus was released, allowing scientists to compare humans and octopuses at the most fundamental level, for the first time.

This is really exciting, Annie Lindgren from Portland State University, explains. “Having a whole genome is like suddenly getting a key to the biggest library in the world that previously you could only look into by peeking through partially blocked windows.”

Given that the octopus has no skeleton, has a parrot-like beak for a mouth and can change the colour of its skin, it’s not surprising that there are substantial differences between the DNA sequences of humans and octopuses. What most excited researchers, however, were the similarities—in particular, the presence of a DNA sequence that codes for proteins called protocadherins. These proteins are important for the development, survival and connectivity of animal nervous systems. A large number and diversity of protocadherins is associated with a complex brain and had only been observed in vertebrates, until now.

This research does not prove that the more protocadherins there are, the cleverer the creature. But, it does give scientists something to explore in the quest to understand intelligence at the molecular level, whether you are a human or an octopus. So, perhaps Jules Verne was right to suspect the octopus of staring at him. While we study octopuses, it’s possible that they are studying us back, in their own fashion. 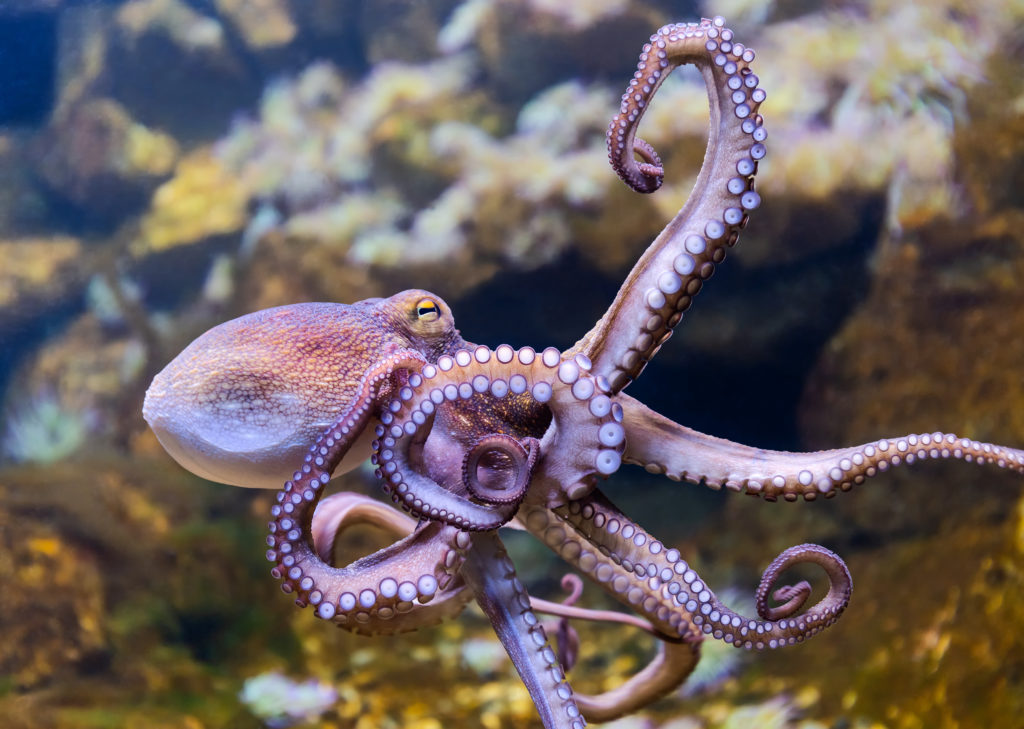 Do you have a favourite animal? Tweet it at us to let us know!