This week, the Canadian Space Agency (CSA) and the National Aeronautics and Space Administration (NASA) are launching a spacecraft to land on a 1650-foot-wide (500 metre) asteroid named Bennu to bring back a piece of it to Earth! This asteroid orbits the Sun every 1.2 years, travelling at over 28 km/s. 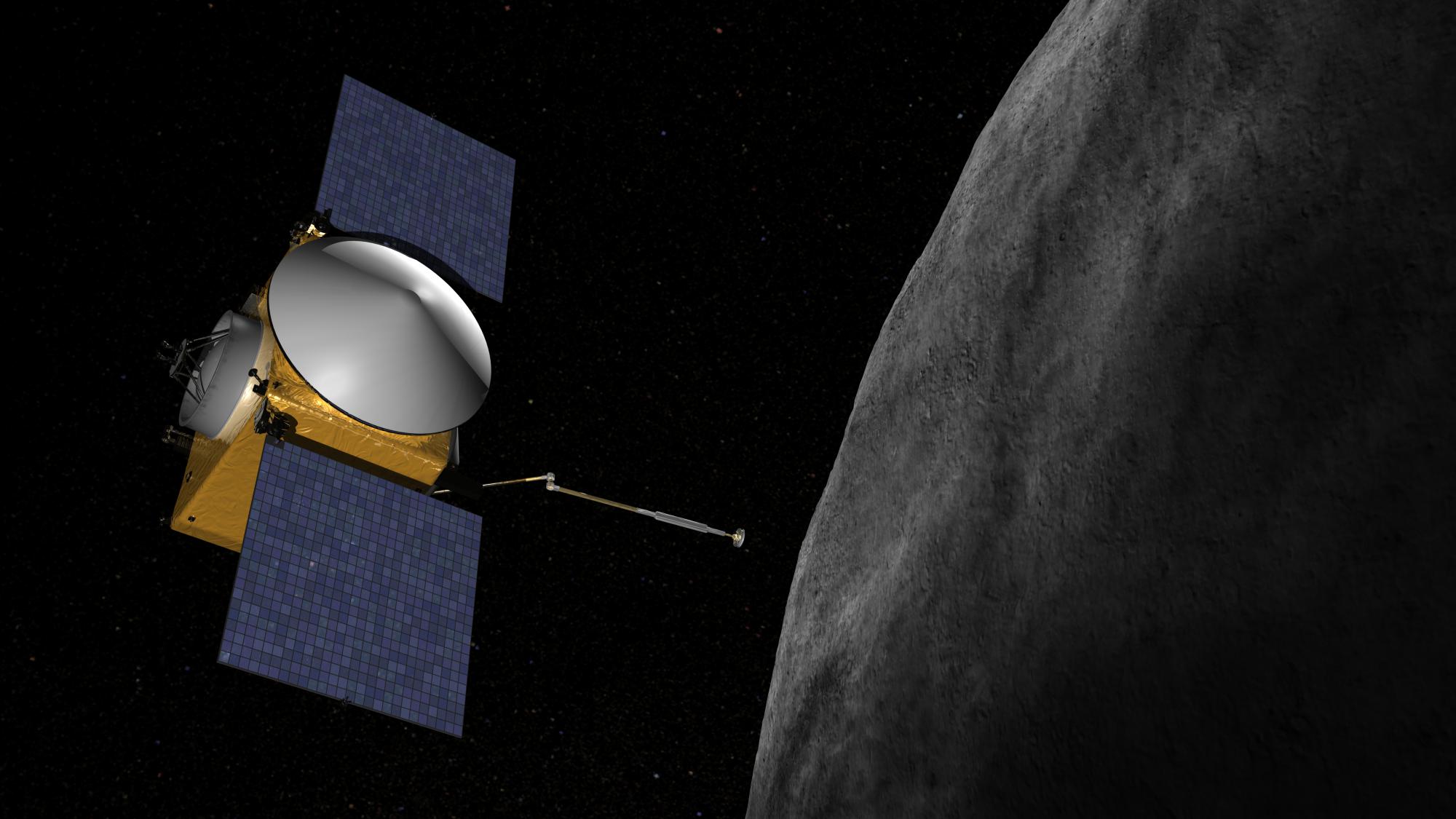 But, of all the places in the universe, why go to Bennu?

Scientists think that Bennu was once a piece of a much larger object about 1 billion years ago. From what they observe, there was a collision between two asteroids and a few fragments were left over, one of them is Bennu. As far as we can tell, nothing much has changed with Bennu since then, which makes it a great snapshot of the past. Scientists have all sorts of questions about Bennu, so they are looking at what the asteroid is made of, if there are signs of water and if there are any resources worth mining for on asteroids.

OSIRIS-Rex launches September 8, 2016 at 4:05pm PDT from Cape Canaveral Air Force Station in Florida. The CSA says, “The spacecraft will first orbit the Sun for a year. Then, OSIRIS-Rex will approach the Earth and use its gravitational pull as additional energy to change direction and fly towards Bennu! That is called a "gravity assist." The mission will arrive at the asteroid in 2018 and return a sample of Bennu’s surface to Earth in 2023.

NASA and The CSA’s joint OSIRIS-Rex mission hopes to answer questions like: