Could the antibiotics we use to combat disease actually be harming our health? Antibiotics used properly are a very good thing, historically speaking. The development of antibiotics in the 20th century slowed the spread of many previously lethal diseases. Over time, easy access and effectiveness has made them the prescription of choice for a wide variety of diseases. However, recent findings demonstrate the dangers of misusing these common medications.

Medical researchers found that overuse of antibiotics contributed to the rapid spread of Clostridium difficile in Americans. This bacterium, which causes deadly diarrhea, infects patients whose “healthy” bacterial populations have been wiped out by antibiotics. As a result, C. difficile caused at least half a million infections and 29,000 deaths in one year.

Patients seeking fast relief from common illnesses may try using antibiotics as a “cure-all” for a wide range of symptoms. However, since antibiotic overuse increases bacterial resistance and vulnerability to C. difficile, members of the public should take care to use the most effective medication for their illness. Common illnesses not affected by antibiotics include colds, the flu, and all viral infections. 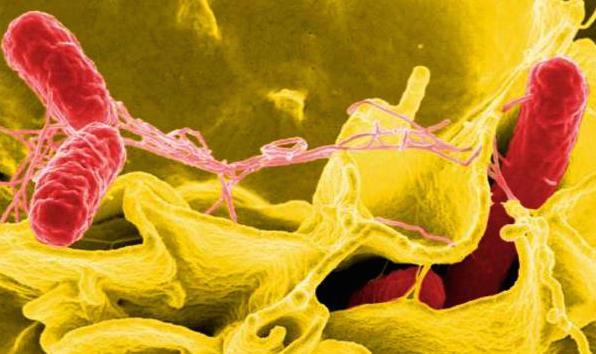 From the moment we’re born, bacteria from our surroundings begin to colonize our digestive tracts. Among other functions, these vital bacteria strengthen our immune systems and aid in digestion. As we continue to study these fascinating bugs, researchers have discovered that they may also play a role in allergy development.

A recent Canadian study suggests a link between gut flora diversity in infancy and the future development of food sensitization. Using DNA analysis of stool microbes, researchers compared the bacterial diversity of infants at 3 months and 12 months old. After carrying out tests to measure skin reactions to common allergens such as eggs, milk and peanuts, researchers revealed a link between increased gut bacterial richness at 3 months old and decreased food sensitivity after one year.

By continuing to study the impact of gut colonization on food sensitization, researchers may one day discover a method of preventing allergies by increasing bacterial diversity in infants. Eventually, they hope to cooperate with healthcare providers to develop more effective allergy treatments for patients later in life.

Read more about how antibiotic overuse increases vulnerability to C. difficile and the possible link between infant gut bacteria and allergy development. You can also find out more about the inner workings of the human body by visiting our BodyWorks gallery.