“A death-white wasteland stretches from horizon to horizon. The tremendous heat of two huge twin suns settle on a lone figure, Luke Skywalker.”

The twin suns on Tatooine’s horizon are an iconic image in film, but is it possible for a planet to really have two suns? And could we ever travel to such a planet to see a dual sunset?

Until recently, there was no concrete evidence to support the claim that planets form around binary (twin) stars until NASA’s Kepler Mission. The Kepler observatory was launched on March 7, 2011, and its mission was to discover Earth-like planets orbiting stars within our Milky Way Galaxy. It had a massive breakthrough when it made the first un-ambiguous detection of a planet orbiting two stars. The planet's name is Kepler-16b.

It's pretty exciting to know planets surrounding twin stars do exist! But, can they support life so we could one day see a twin sunset? 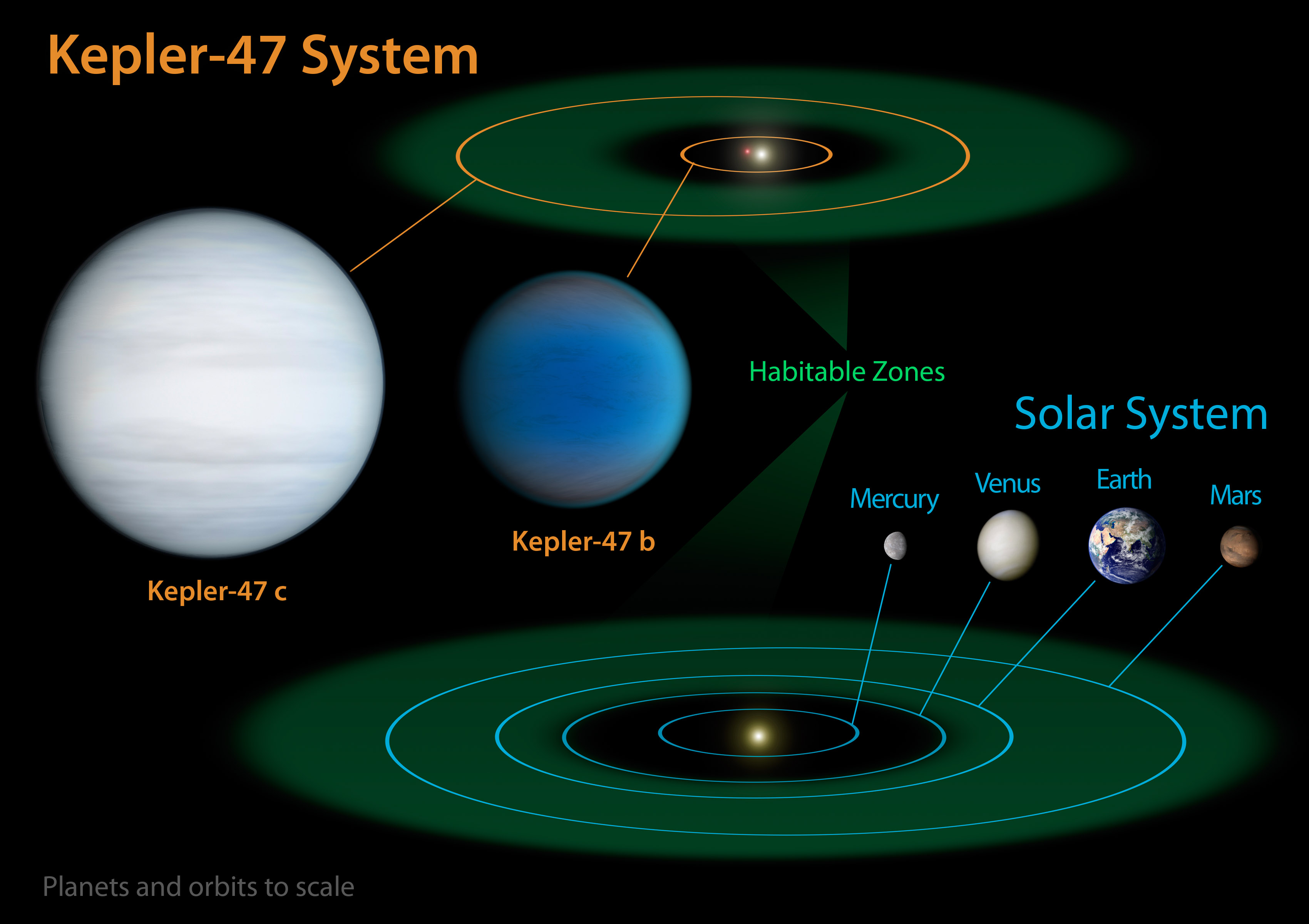 Well, Kepler-16b is not believed to be able to support life because is it made up of gas, rock and ice. It's also not within the “habitable zone.” The “habitable zone” refers to the orbit of a planet that is not too close, and not too far away from a star to have an atmosphere that will support liquid water on its surface.

So, we probably won't be visiting Kepler-16b, but the Kepler mission has discovered other planets orbiting binary stars. One planet gives hope for the future of double sunsets: Kepler-47c. This planet lies within the habitable zone of a binary star system. And, although studies show it is a gas planet, some hypothesize that any moons surrounding it could possibly support life.

We now know that almost 50% of all the stars in our galaxy are part of a binary star system! With planets being able to form around binary star systems, this not only increases the possibility of discovering habitable planets within our galaxy, but it also increases the possibility of us one day discovering intelligent life elsewhere in the universe.

So, catching a double sunset might not be science-fiction at all, it could just be a matter of time!

Stay tuned to the Science World blog for the next intallment of Science of Star Wars. If you want to read more about space, try Five Ways to Bring Out Your Inner Astronomer, or Is This the Future of Space Travel?