Look! Up in the sky! It’s a bird, it’s a plane, it’s… (you know how it goes) SUPERMAN! He can fly, he’s indestructible, he’s the strongest and he saves our skins! But, just how is Clark Kent able to accomplish all of these amazing feats? Let’s break down The Man of Steel’s powers and look at the Science of Superman!

Superman can lift things we humans can’t even fathom moving. His strength is one of his most prominent superpowers, but it might also be the power that is most taken for granted. Superman’s strength has a lot to do with his history...and the fact that he is actually an alien.

Superman was born on the planet Krypton. This planet is much bigger than Earth and therefore, has a greater gravitational force than Earth. When the planet was collapsing (either from the destruction of the core, or the civil war on Krypton) Superman’s father put Kal El (Superman’s Kryptonian name) into a rocket destined for Earth.

On Earth, Superman discovered he had great strength. This has to do with the fact that he was now on a planet with a much weaker gravitational pull than that of Krypton. Superman can perform such magnificent feats of strength because Earth's gravity doesn’t affect him as much as Krypton's stronger gravity would.

Think of it like our astronauts on the Moon. On Earth, walking is an ordinary feat, but on the moon (with less gravity), humans can bounce around because the gravity is much weaker. This difference in gravity allows Superman to lift objects that measure in the tons. In fact, the comics have put Superman’s strength at a point where he's able to lift around 2 billion tons! To put that into perspective, the Empire State Building is only 365,000 tons! 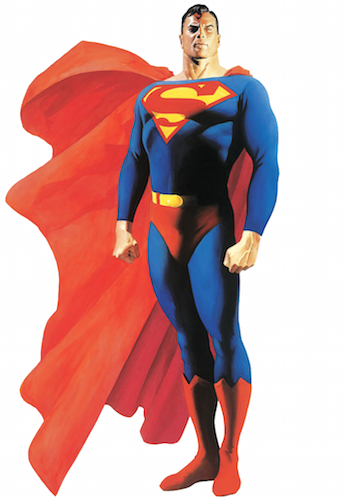 The difference in gravity may also explain how the Man of Steel is able to fly. Here’s my hypothesis: Superman can jump really high because of Earth's gravity. So, when Superman flies, it might be that he is just jumping really high...and horizontally. But, since he is still affected by gravity, he stays within Earth’s atmosphere and gravitational pull.

Another school of thought also explains Superman’s flight through gravity, but with a little twist. Since Krypton was a massive planet, around 1000-times larger than Earth, the gravity was so great that average humans would be crushed under its gravitational pull. So, it is plausible that the Kryptonians evolved to have anti-gravitational organs, which would allow them to function and live under the immense pressure. This would help ol’ Clark Kent on Earth since he could use those anti-gravity organs and fluctuate the gravitational pull on his own body, allowing him to fly in the sky as well as walk on the ground!

Some enthusiasts speculated about Superman's manipulation of Earth's magnetic field, others wonder if Superman's body could generate sub-atomic particles called gravitrons. What sounds most plausible to you?

Yes he can fly, yes he can lift buildings, but perhaps most impressive is that Superman can handle almost anything thrown at him (literally)! Whether it’s a speeding bullet to his eye, a knife to his gut, or a needle to his arm, nothing harms our hero! And this is because of two things: cells and radiation.

It is thought that the people of Krypton had a much denser molecular structure and therefore, it would be extremely hard for anything to penetrate through their supremely compact molecules! It would be like having a body of Kevlar!

Another source of Superman’s powers has to do with solar radiation and the cells of Kryptonians. Not only are Kryptonian cells very dense, but they can metabolize solar radiation. The radiation given off by Krypton's red sun was too weak for Kryptonians to process. Yet, when Superman lands on Earth and into the light of our younger star, he is able to take the radiation from our yellow sun and metabolize it—the way a green plant converts light from the sun into energy through a process called Photosynthesis.

This extra boost from the sun gives Superman the ability for flight, super strength and invincibility. In fact, you will even see moments in the comics and movies where Superman flies beyond the clouds and into the sunlight to “recharge” his cells!

Superman is invincible! But, there is a BIG exception to that statement. Superman is invincible, EXCEPT when he's around Kryptonite. This alien element is so well-known and engrained into pop-culture, that Microsoft Word recognizes it and can auto-correct to it for you!

When Superman’s home planet exploded, it created a leftover radioactive element: Kryptonite. The element comes in many forms, but the most iconic is as a glowing, green rock. It could be that Kryptonite affects Superman by interfering with his cells and their ability to metabolize solar radiation. Thus, it makes him weaker due to the inability of his cells to process the radiation necessary to give him his superpowers!

Kryptonite acts almost instantly on Superman and there is one simple non-scientific reason for that: writers don’t have twelve pages to show the slow decay of Superman. Writers want instant effects to keep the reader interested and intrigued!

Green Kryptonite makes Superman weak and can even kill him. But, Kryptonite comes in many variations—red, gold, blue, white, etc. All affect superman differently. Some rob Superman of his powers, some destroy plant life, some cause bizarre behaviour and transformations and some deprive Kryptonians of their memories. Further research into the chemical structure of these minerals will have to be done before we can say how they do what they do and why they don’t affect humans. 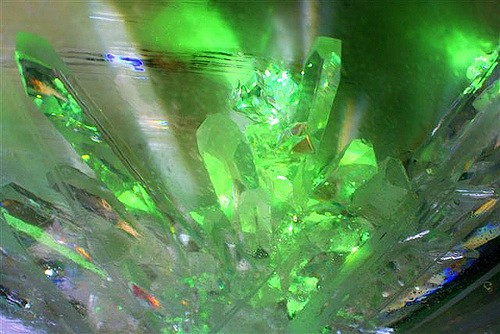 What other powers does Superman possess? Can you guess at the science behind them? If you want more information on the Science of Superman, we consulted this in-depth report and this detailed breakdown of Superman's powers!

Earth-born bodies are pretty impressive as well, have you heard of the parasites that can take over your mind? And do you know what happens to human bodies in space?