Lots of people think so. Urine has found its way into the mouths of many people over the years, from TV survivalist Bear Grylls to legendary, reclusive author J.D. Salinger. The act of drinking your own pee, or urophagia, is believed by some to help rid the body of countless ailments. To most of us, putting something back into our bodies that was forcibly expelled (like Jazzy Jeff from Uncle Phil's home) sounds crazy. So who should we pee-lieve?

Where did this idea come from?

The practice of using urine for medicinal purposes goes back at least as far as ancient Rome. Romans would wash their mouths and teeth with imported Portuguese pee, believing it to be a cleanser and whitener. In fact, people from many cultures have been convinced that pee has healing properties, including yogis in India, the modern day China Urine Therapy Association (now 1,000 members strong!) and this guy.

Are you already clambering to your cupboard at the speed of light for a cup, to catch that sweet, sweet elixir of life? Hold up.

So what exactly is it about drinking your own pee that allegedly cures what ails you? Armstrong and supporters assert that re-imbibing your own urine returns mineral salts, hormones and other vital substances back to the body that were made only more potent and refined by repeated filtrations through the liver (a.k.a. drinking your own pee over and over and over again). Likening urine consumption to the natural composting processes of nature, Armstrong summarized his argument by saying:

However, urophagia is only part of the story. Urine therapy also involves topical applications of the stuff, usually coupling pee compresses with pee cocktails. Some cultures have also expanded their urine repertoire, to adopt cow pee into their healing regiment along with their own urine. The Romans didn’t seem to believe that it had to be your own urine that you drank, so they kept large communal urinal troughs in public squares, for the citizen’s to use and to make contributions. 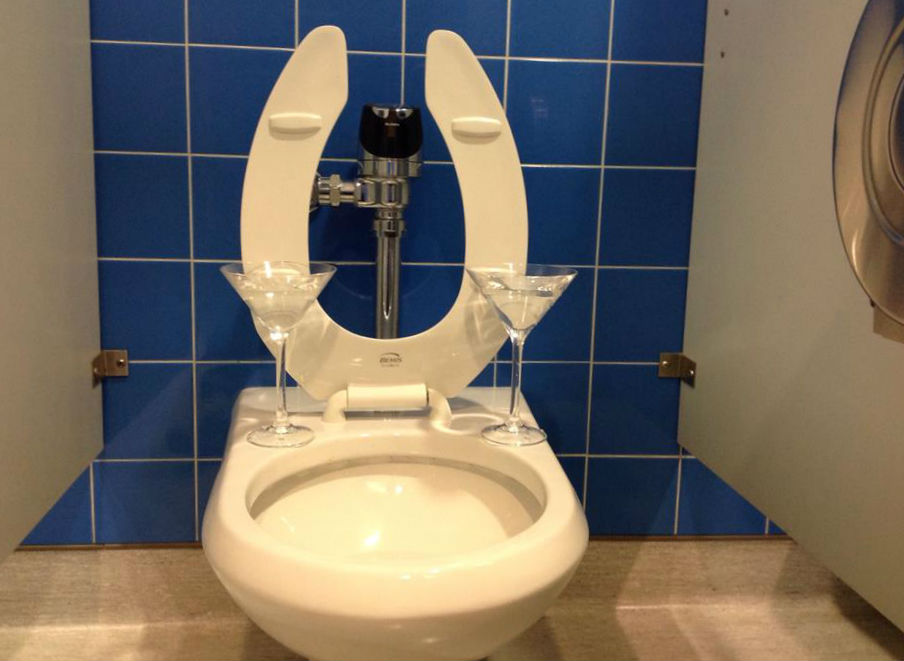 What’s pee made of?

Perhaps the best way to determine whether there are benefits to urophagia or not is to find out exactly what is in pee. As you may already be aware, urine is mostly made of water (95% of it, in fact). Until very recently, the rest of the urine was thought to be a fairly simple solution, containing about 50–100 other trace substances, such as urea, creatinine, uric acid, ions, sulfates and phosphates. For the past seven years, Dr. David Wishart and his research team from the University of Alberta have been taking a closer look at urine in an attempt to find out more about our waste management system. Amazingly, Wishart and colleagues found that pee contains more than 3,000 different chemical compounds!

So…should we drink our own pee?

There is currently no medical evidence that can confirm that urophagia is beneficial for your health. Drinking your own pee probably won’t really harm you, though there’s nothing but anecdotal evidence to suggest it’s good for you. However, my mother told me not to knock anything until you try it, so without further ado...