They say science fiction is just reality ahead of schedule and that certainly seems to be true. In 1895, Konstantin Tsiolkovsky, having been inspired by the science fiction of Jules Verne, proposed a tower that reached all the way from earth to geostationary orbit. This is a high earth orbit that allows satellites to circle the planet at a speed matched to earth’s rotation.

Now, more than 120 years later, this fiction may become a reality thanks to international efforts from scientists and engineers.

Now you may be wondering how on Earth could we build something like this? And the answer is: really cool physics. In fact, scientists and engineers have developed a couple of theories for the possible construction of the space elevator. 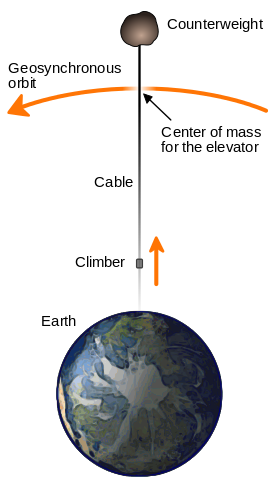 A satellite launched into geostationary orbit provides a counterweight, like the ball on a string. A tether made of strong and flexible carbon nanotubes would be lowered down from the satellite and anchored to the earth near the equator. The tether pulls the counterweight around its orbit, so the tether stays taut. 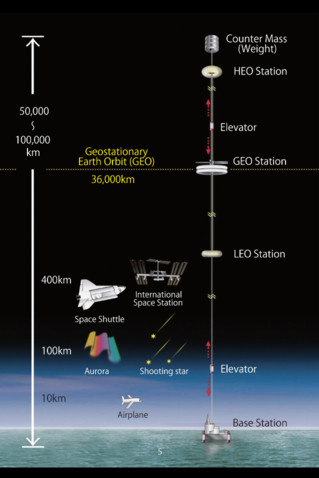 A climber would transport payloads up the tether into orbit. The earthbound anchor would need to be out in the ocean in a calm belt of little activity. 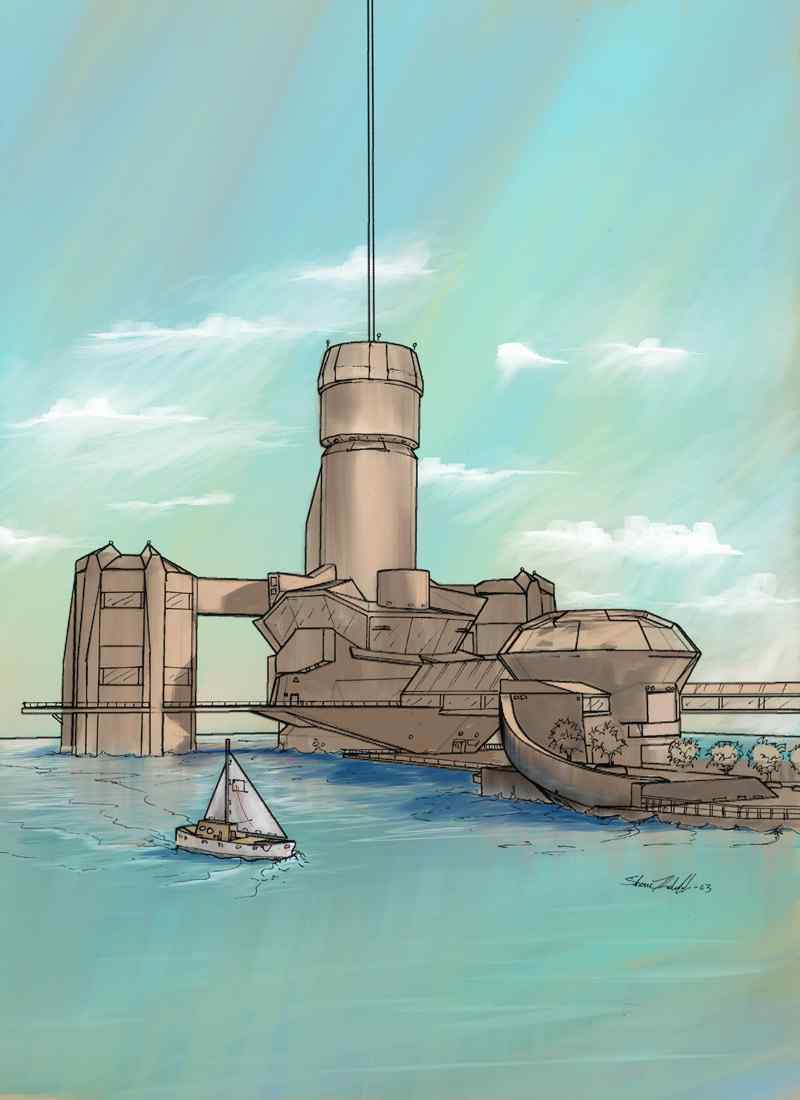 Thoth Technology, a private company based in Ontario, Canada, has patented an inflatable tower design for the space elevator. The tower would consist of stacked rings made of Kevlar cells, which would be inflated with hydrogen or helium to an extremely high pressure.

An elevator car would ride up the tower to carry space crafts and satellites up to a launch pad at the top, which would make space travel much less expensive since the space craft would require less fuel to get to space. If built, the structure could potentially transport people, which would make the dream of space tourism a reality. Currently it costs almost $10,000 per pound to ship to space. It is estimated that a space elevator would cut launch costs by almost 1/3.

How high would it be?

A space elevator would be almost 1/4 of the way to the moon and could take 5 tons of cargo every day or one 13 ton load every 5 days. Physicist Bradley Edwards says the first elevator built could get you there in 5 days, but estimates, as improvements are made, travel could be reduced to as little as 1 day!

How much does a space elevator cost?

Initial costs would be about $10 billion USD. This may seem like a lot, but with $17 billion USD spent every year in the US on Valentine’s Day alone, it puts the value of such a project into perspective. Getting multiple countries onboard would help to spread the costs and make this a worldwide masterpiece! Perhaps the space elevator will be the next international collaboration, as important as the International Space Station.

Want to learn more about space? Catch up on what the Hubble Telescope is up to these days, or what might be in store for the Future of Space Travel.