In many chicken species, males and females are different sizes, eat different food and live in different habitats. This is true for the Greater Prairie Chicken too, but with a catch. It depends on whether it is spring or not.

What’s so special about spring?

To answer that, we first need to know what is special about the Greater Prairie Chicken.

Greater Prairie Chickens are a lekking species. Lekking species are ones that gather in large groups and compete to attract mates. The mating grounds that house these competitions are (appropriately) called leks. At the leks, roosters make irresistible booming noises, inflate bright orange airsacs in their throats and drum their feet. Taken by the suggestive foot drumming, hens partner up with roosters and the cycle of life goes round. 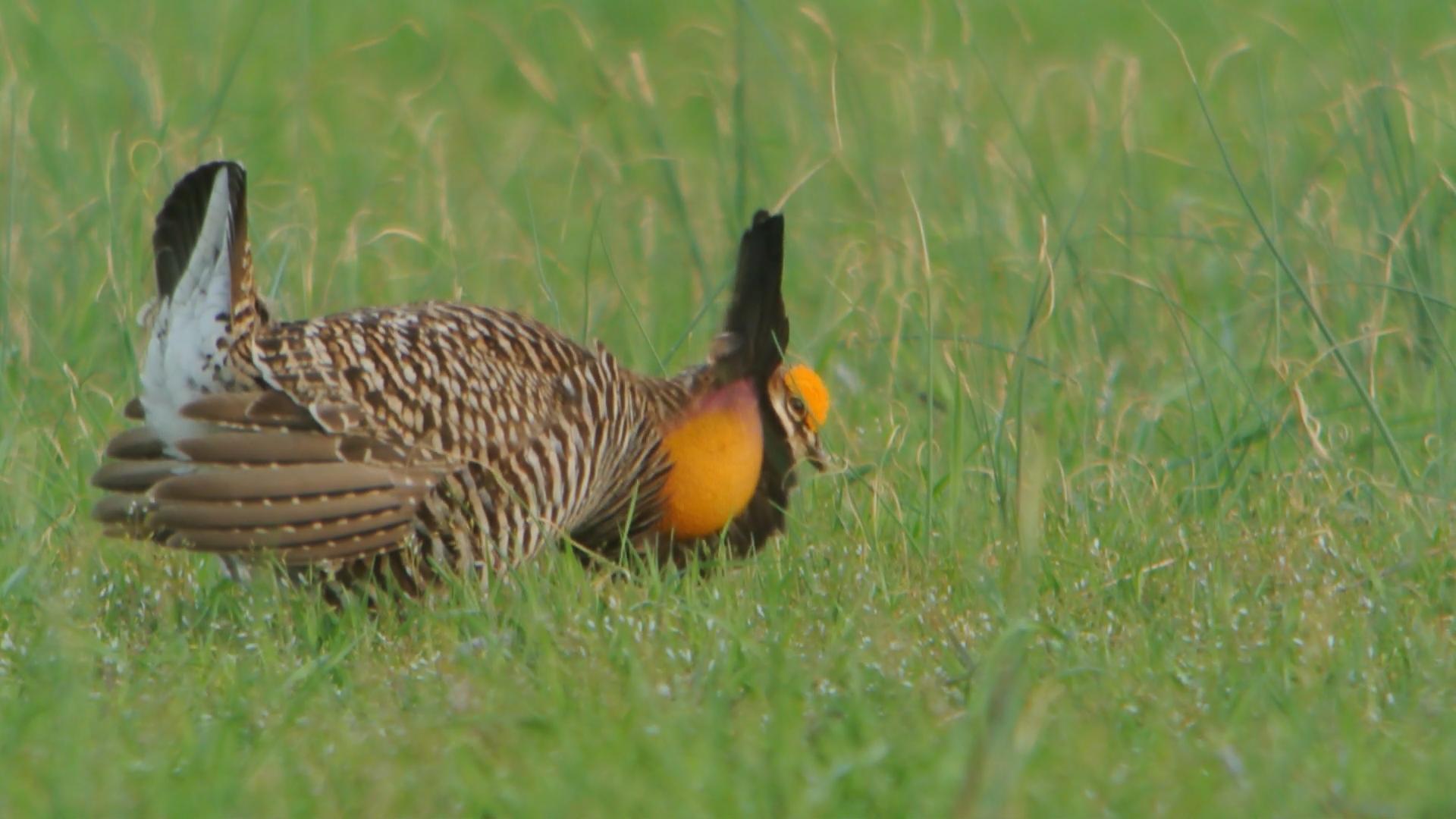 This monumental event occurs in the spring season and is comprehensively detailed in a study published in Behavourial Ecology and Sociobiology.

What do similarities amongst chickens have to do with foot drumming?

During the rest of the year, roosters and hens exhibit comparatively more independence from each other. They live in different areas and eat different food. During spring lekking, however, they inhabit the same area and so, have access to similar food sources.

How do we know this? A group of researchers did a study investigating seasonal differences in Greater Prairie Chickens. They pinpointed year-round chicken locations and diets. Impressively, they did so without using chicken tracking tags, direct behavioural observation or video recordings.

How did the researchers know the chickens' locations without tracking them?

They worked backwards. The researchers took feather, claw and blood samples from male and female Greater Prairie Chickens. These body parts start forming at different times of year, and they each contain stable isotopes. The ratios of isotopes present in each part depend on what the chicken was eating during the time it formed. So, analyzing the ratios gave the researchers clues about the chickens’ diets at various times of year. The researchers knew that the chickens had to get their food from somewhere, so their next step was to find the locations where the chickens’ food sources were growing. From that point, they were able to figure out where the male and female chickens had been in the winter, fall, summer and spring!

If you’d like to see some chickens in person, come out to the Ken Spencer Science Park and visit our very own spring chickens.