Is anything real at all?

Animation, in its many forms, is all about illusion. The folks who work in animation shooting film, doing make-up and creating video games go to great lengths to invent the tricks and illusions we’ve come to expect in entertainment. Vancouver Film School (VFS) trains animators to work in a variety of fields, such as in Computer Generated Imagery (CGI) and Special Effects (SFX). Most of the films and television shows use at least some CGI to augment the reality of a soundstage, a green screen or an outside set. Others rely on it quite a lot—think about shows like The Hobbit, Life of Pi or Game of Thrones. Since CGI became common in the ’70s and ’80s, the technology has advanced rapidly. Today, animators and SFX artists have made it nearly impossible to tell what is real and what is illusion. At a recent visit to VFS, we were given a tour of sites where the movie illusions start: 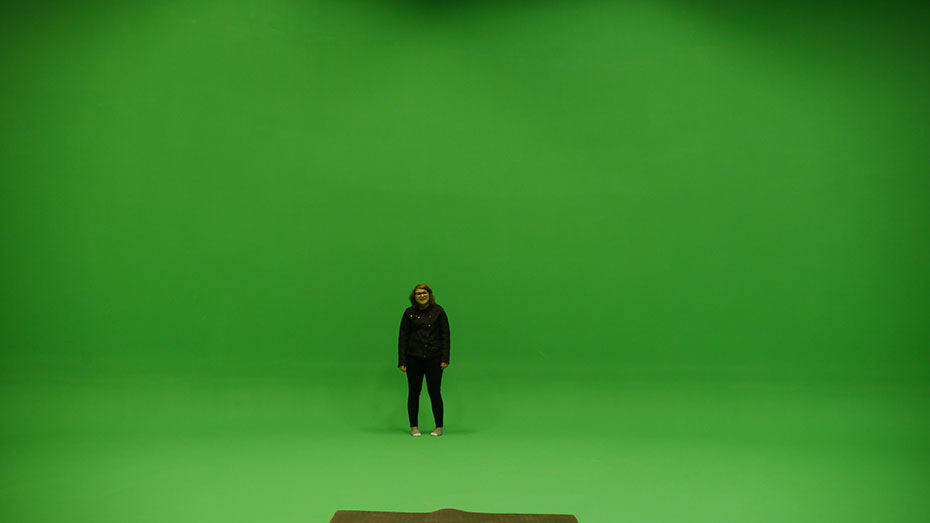 The green screen at VFS is not only impressive, it also happens to be the largest of its kind in North America. It’s so large and such an unusual shade of green that it has a very disorienting effect—I hesitated to step on it for a moment, suddenly unsure of the alien landscape I’d found myself in. Green screen technology is used in a lot of television, movies and video games. It’s even in the news! Have you ever watched the weather? Most meteorologists stand in front of a green screen that shows swirls of clouds and cold fronts on television, but to the poor person doing the weather report, there’s nothing but a green wall.

The way that a green screen works is by being green, or blue, or even red! The technology uses editing software that allows you to isolate a particular colour and effectively cut it out of an image in order to let another image show through. So, why green, you ask? The particular green colour used isn’t a colour that typically appears in nature and is unlikely to be used in props or costumes, so it’s easy to isolate. Sometimes filmmakers use other colours like red or blue.

But filmmakers aren’t limited to shooting in a green screen studio. On our journey we walked through pirate ships, train stations and mountains, all in one building! These incredible sets got me thinking about the many ways CGI is incorporated into film.

Are they outside or inside?

A major challenge for filmmakers is to get quality footage while filming outside. The great outdoors may be beautiful, but there are a lot of variables that are impossible to control for, like the weather, noise and time of day. So, when a scene requires a specific time of day and weather, plus dialogue, a director might choose to film in an indoor stage made to look like the outdoors. They rely on visual effects to fill in the gaps.

At VFS, I took a walk through some mountains, which looked like this when I was there: 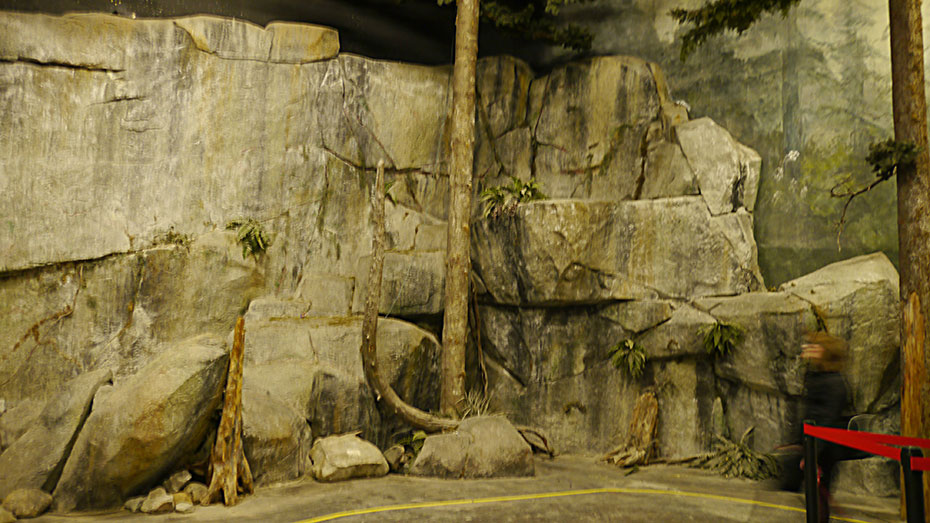 Are they really moving?

When I think of movement in film, I begin to wonder how they make planes, trains and automobiles appear to move. At VFS, I learned that over the years, techniques for creating the illusion of vehicular movement have changed quite a bit. Back in the early days of film, they were restricted to techniques like rear projection or painted scenery to simulate movement. These techniques are still used in film today, however, depending on the look you’re going for, a more common way to simulate movement is to film in front of a green screen. The example below is of a life-sized model train at VFS. You could imagine that, with the right lighting and camera work, this train could appear to be racing through the landscape.

This is how the train looked in person: 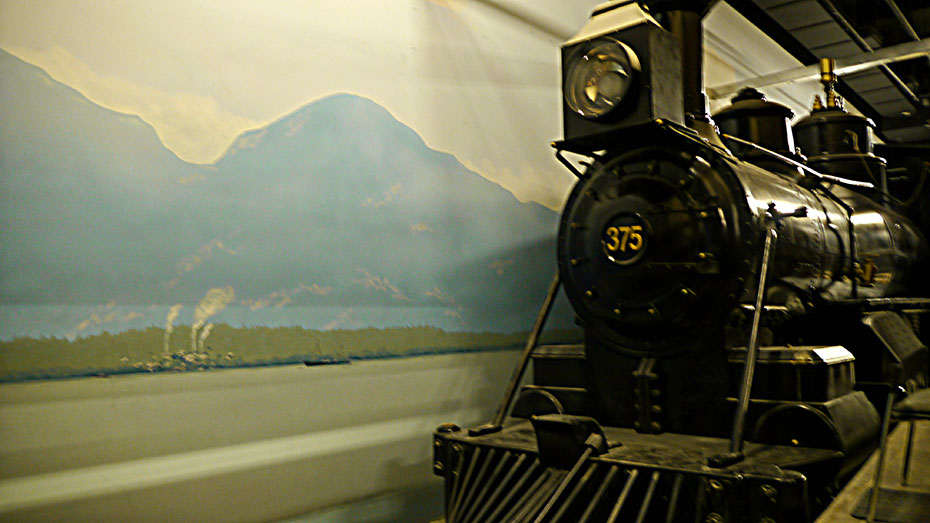 Here’s the same train in the movies: 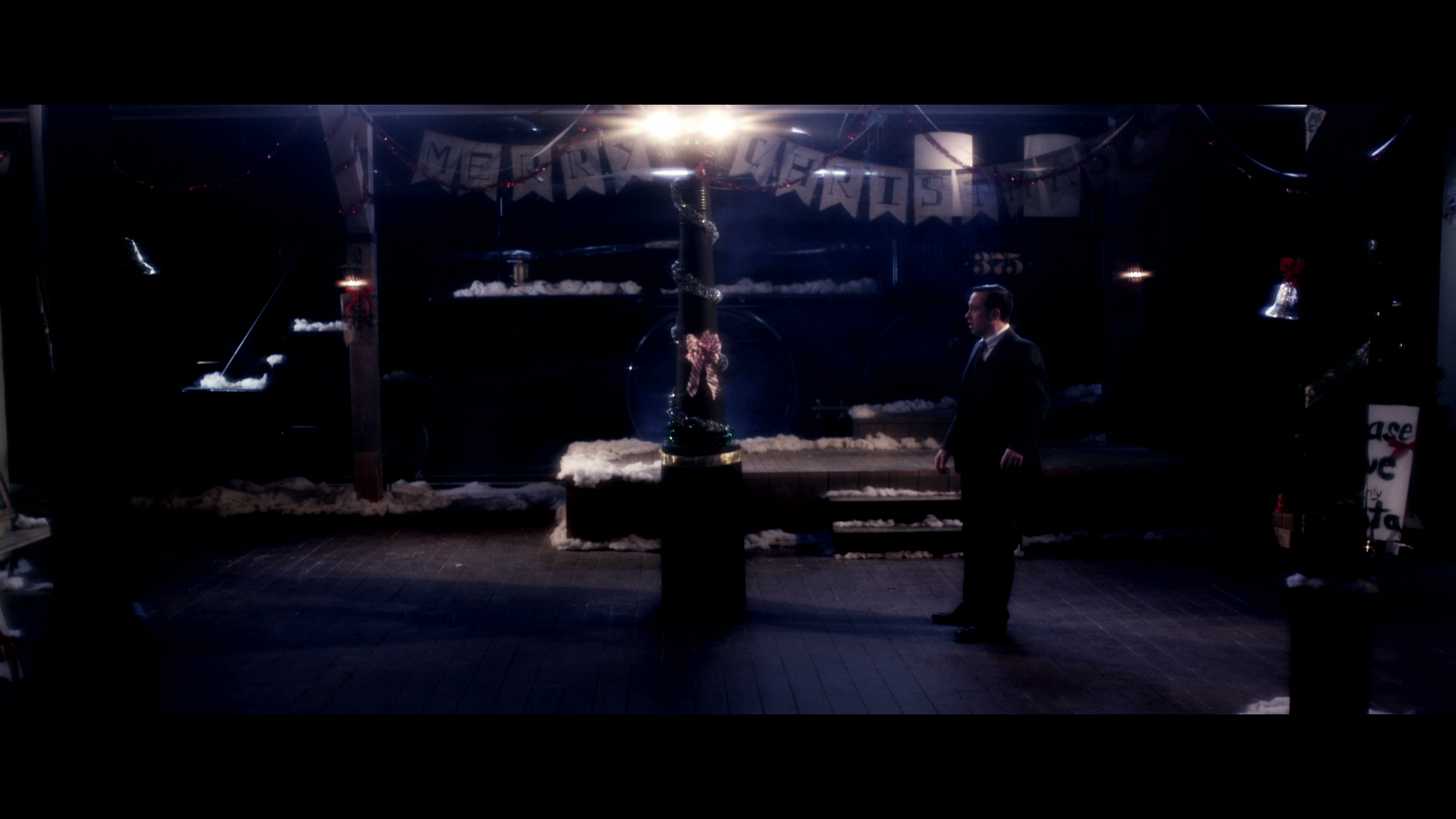 A scene doesn’t need to be filmed in the green screen studio in order to use the technology.

This hallway with its juliet balcony has been altered from the original monochrome grey to look like a totally different place! 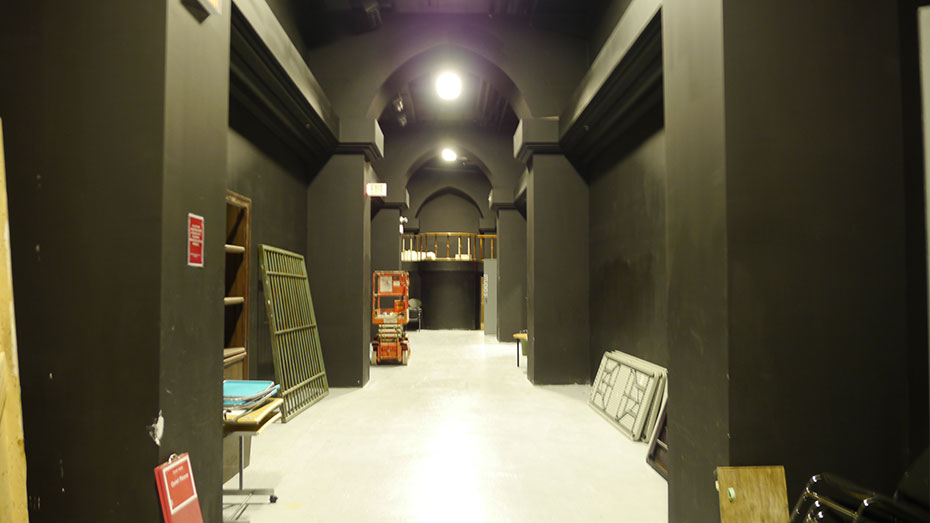 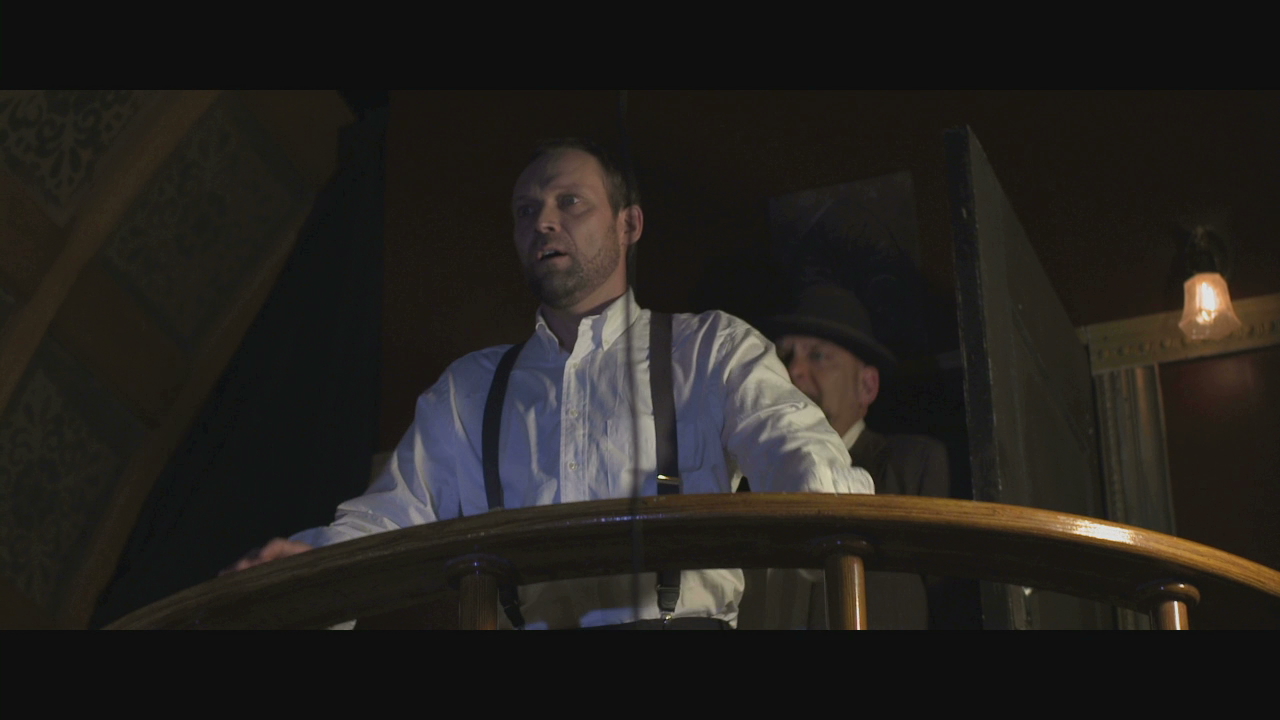 Probably the most fun thing we saw at VFS was this classroom: 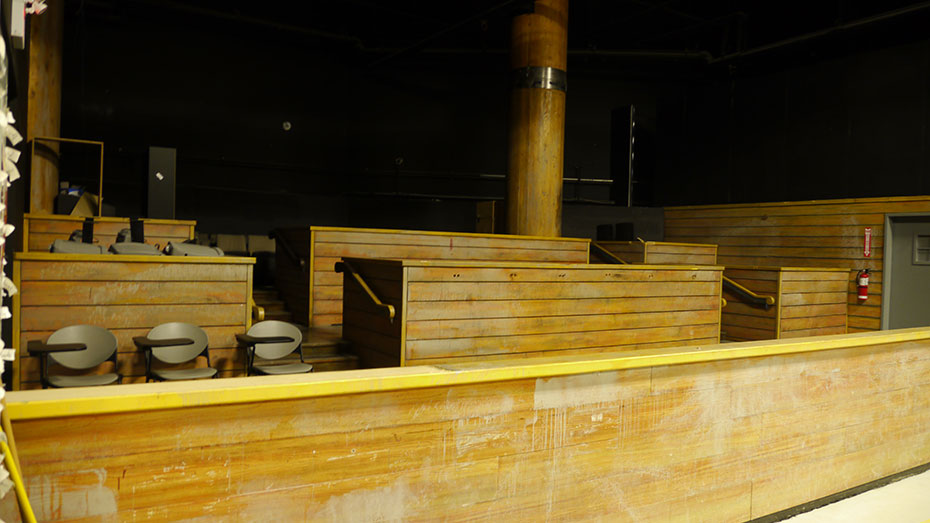 which also happens to be a pirate ship: 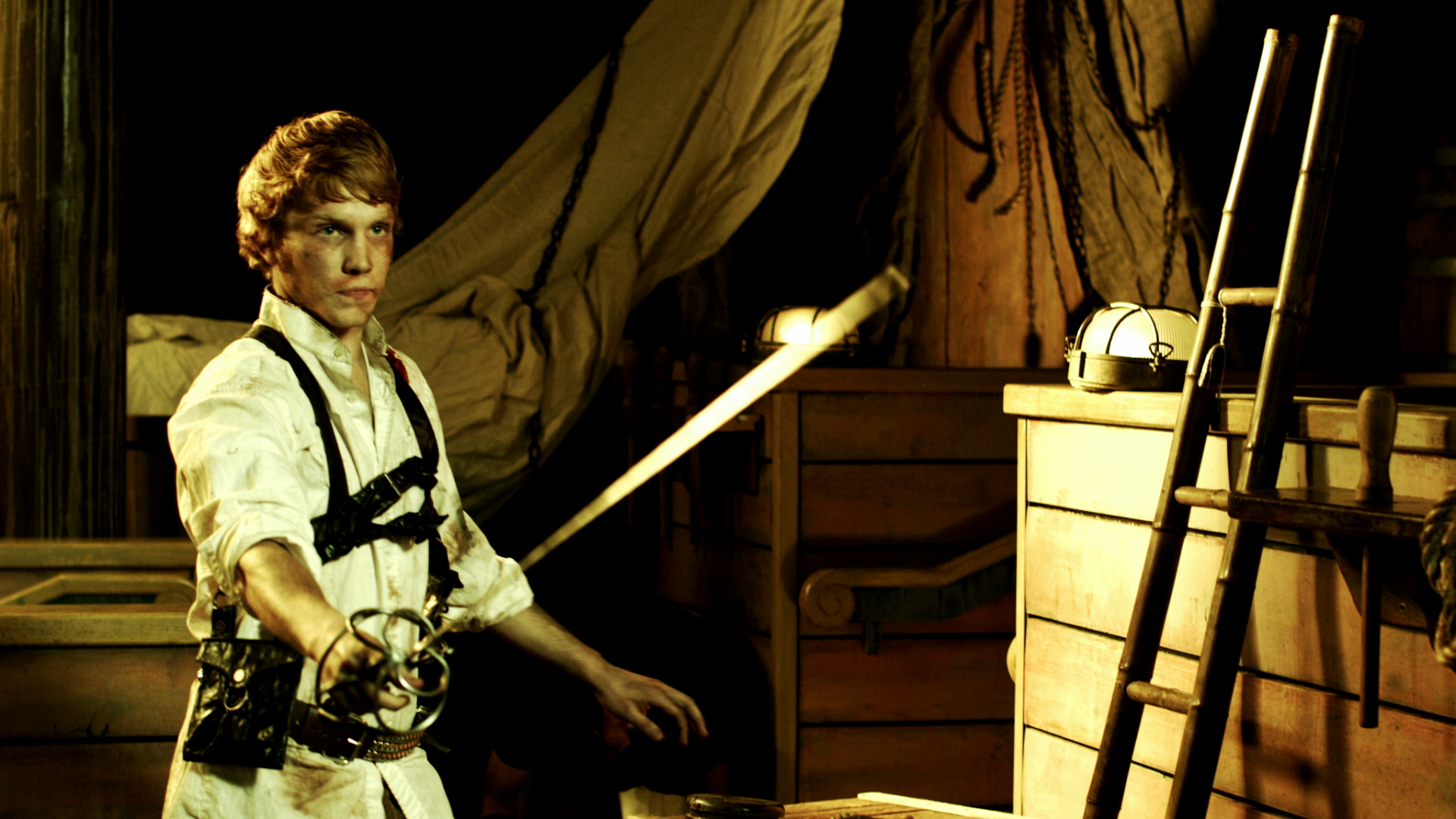 Could you imagine how hard it would be to pay attention to a lesson when your classroom is a pirate ship?

Join our friends and Academy Award winning VFX studio, DNEG, for an animation taster session! Animator Arna Diego and VFX Trainer Rosie Walker provide a step-by-step guide on how to take a character or creature from your sketchbook and bring it to life in the 3D world.