I have recently watched the movie The BFG and I have decided that I want to become a giant—naturally. But, before I begin the transformation, I thought I’d begin by finding some facts about what would actually happen if humans were giants.

In both the movie and the book, the BFG describes himself as 24 feet tall—taller than a male giraffe, which is around 18ft. In order to increase in size enough to rival the BFG, a human (approximately 6ft tall), would need to increase approximately 4 times in height. However, it isn’t possible to simply scale a normal 6ft tall human up by a factor of four due to the square-cube law.

The square-cube law states that as an object grows or shrinks in size, its volume grows and shrinks faster than its surface area—respectively. This law applies to any animal, since an animal that is twice as tall, compared to a similar animal, will experience the cross sectional area of its leg bones become four times as large, but have its weight become eight times as large. One’s muscles, bones and organs would not strengthen concurrently and as a result, their legs wouldn’t be able to support the weight of the rest of their body. 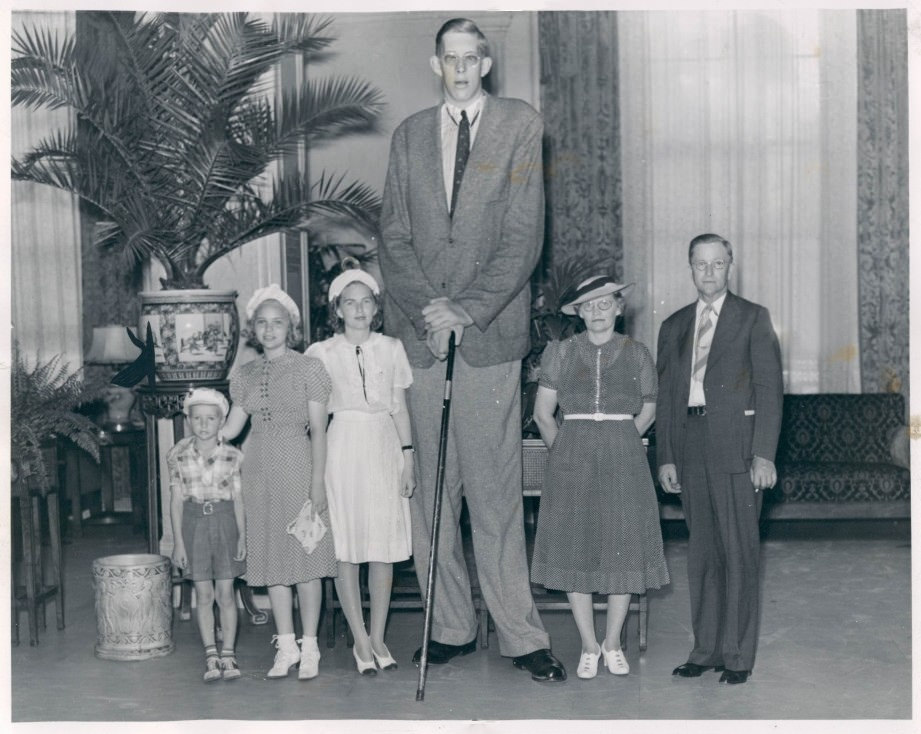 This effect can be seen, to a degree, in the case of the 8'11" tall Robert Wadlow, who grew so tall he required leg braces and a cane to aid his walking as the pressure of his weight was far too great for his bones.

The square-cube law may be a problem, but what if one was able to keep their same weight, a fixed weight, but only their atoms were stretched further apart? If one was to stretch their atoms further apart, even though their mass would remain the same, their density would decrease by a factor of 64—to 15.4kg/m3. If this was the case, they would basically be floating through life since their density is only about 12.5 times that of air (1.225 kg/m3).

Now this possibility may sound fun, but one would now have to be careful of their new nemesis—the wind. According to the Beaufort Wind Scale, one would need to be worried about wind speeds greater than 36km/h, which would bring them to 19 knots, a fresh breeze. At this point, the breeze would be enough for small tress to sway and for them to be whisked away.

Let’s scrap that idea and say that one could defy the square-cube law and that their bones would not collapse due to their new weight—how much would they weigh? According to my calculations, an average-sized, 6-ft tall human, would weight around 4500kg—about the same as an adult Asian elephant. At this weight, one would have to be careful when walking since, even though they would be fine on city sidewalks, they would sink in soil.

Another thing to consider is how quickly you could move around. As you have now become a giant, a person would assume that a giant could move faster. Sadly, earth’s gravitational acceleration would not scale up resulting in gravity taking longer to allow parts of one’s body to fall.

one can calculate that their new velocity would be about half of a normal human's. Meaning one would walk at roughly 10km/h, which is double that of a regular human but they would be taking longer to accelerate; however, that’s not the only thing that would be slower.

Since one has now become much taller, the electrical signals that travel to and from the brain have a much larger distance to cover, but the nerve impulse rate, the speed of the electrical signals, would be constant at 360 km/h. As a result, a giant would be four times slower at reacting—they would think at a rate of one second instead of a quarter second.

However, at least a giant would be stronger, right? Well, yes and no. As a result of becoming a giant, your total strength would increase by a factor of sixteen, but as the square-cube law applies, the strength to weight ratio has actually gone down by a factor of four. Not only that, but a giant should not do much labour intensive work as their heart rate would only be 29% that of normal—23 beats per minute (BPM) instead of the average 80BPM.

But, let’s focus on the positives: Firstly, this transformation would cause a person’s voice to deepen quite a bit. The resonant cavity in one’s throat would have enlarged, and as a result, their pitch would go down by a factor of four, between 21–45 Hz. In this range, one would be just barely audible to humans—we can hear from 20 Hz to 20 kHz. However, if a giant were to have any pets, the pets probably wouldn’t hear them at all. Dogs for example, can only hear above 67Hz and cats above 55 Hz.

The second positive is that according to Kleiber’s Law, a giant person’s metabolic rate would increase by a factor of 23. Now why might this be a positive? Well this would mean that if I were to become a giant, I would need 23 extra orders of tacos whenever I go to Tacofino and if that isn’t reason enough to become a giant, then I don’t know what is.

This is a guest post from, Justin Aujla, a student in our Future Science Leaders Program.  Read on in the student blogs to find out all about the neat-o research our young scientists are doing!