After the end of World War II, the United Nations (UN) was formed to try and “promote peace for all countries.” At the first meeting, called the UN General Assembly, a document was drafted to outline what we now know as fundamental human rights.

Human rights governs that every human being has the right to equality, dignity, respect and freedom from discrimination from the day they were born.

On December 10, 1948, the Universal Declaration of Human Rights was created by a drafting committee consisting of representatives from eight countries, including a Professor of Law at McGill University, John Peters Humphrey, who represented Canada.

While Humphrey continued to focus on international human rights throughout his career, he has come under criticism for not explicitly acknowledged Indigenous peoples in Canada as being inclusive of these ideals or the harm caused by the Canadian justice system. 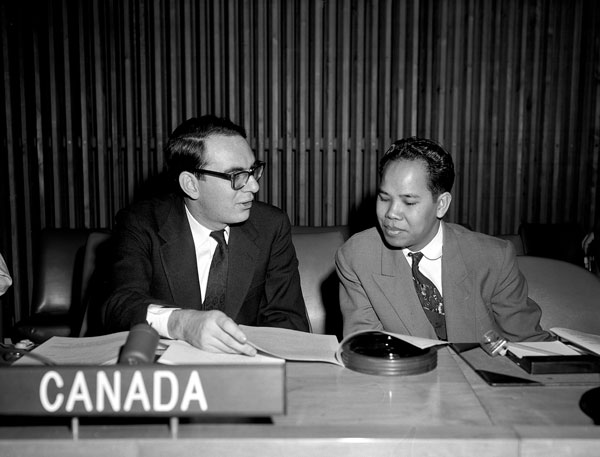 The Nobel Peace Prize and the UN Human Rights Prize are awarded on Human Rights Day, which was awarded last year to the Prime Minister of Ethiopia Abiy Ahmed for efforts to resolve the border conflict with Eritrea, as well as his political reforms that have granted amnesty to political prisoners, discontinuation of media censorship and lifted the country’s state of emergency.

Curious about how you can create a brighter tomorrow?

Our supporters—members, donors, sponsors, volunteers and partners—give to Science World because they believe that igniting wonder and empowering dreams through science and nature. Learn more about what we do here.