“I remember the moment I fell in love with science,” says Dr. Ali Tehrani.

It was 1994. His Biology 101 professor at the University of Massachusetts Amherst showed the class a black-and-white video of microscopic research of mitosis and meiosis.

As the first-year student watched body cells and reproductive cells divide, passing their genetic material on to their offspring, he entered a deep state of wonder.

“I looked and thought, ‘There is God'—and I don't mean that in a religious sense, but more so that the absolute beauty and power of creation was happening right before my eyes.”

This powerful moment led him here, both at the frontlines of cancer research and as a supporter of Science World.

“Science World is the start of training the next generation of talented and educated people who appreciate the beauty of science," he says. "People who are struck by that wow-factor, like I was.”

Dr. Ali Tehrani with daughter Leyla, who he says is one of Science World's biggest fans. 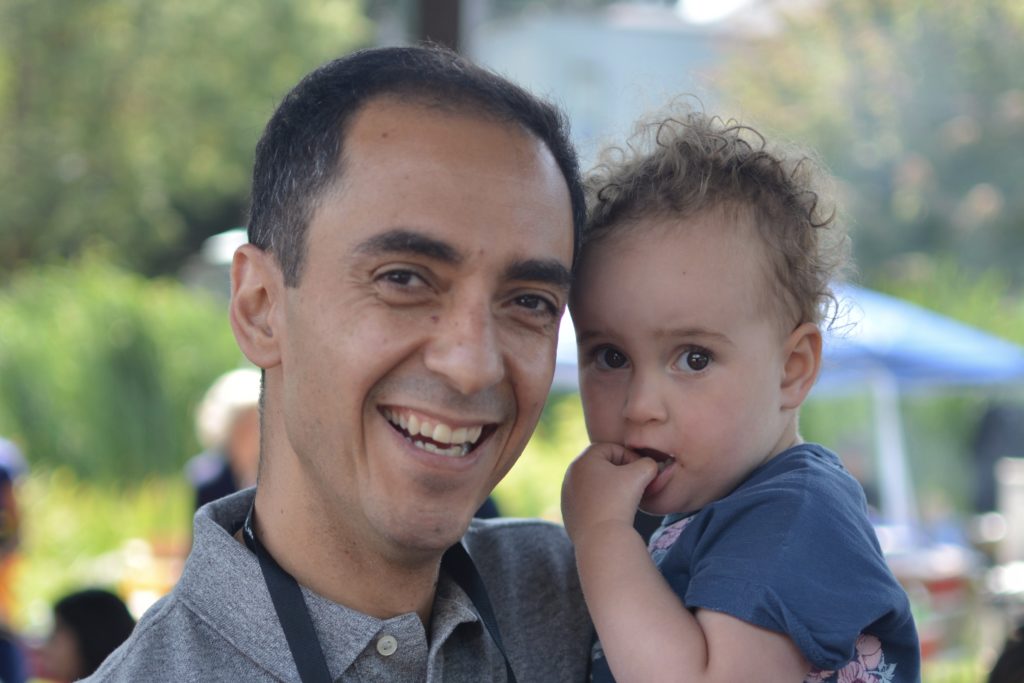 Dr. Tehrani and his biotechnology company Zymeworks recently committed a $50,000 gift to Science World in support of our fundraising campaign The World Needs More Nerds.

In 2003, Dr. Tehrani co-founded Zymeworks which, between Seattle and Vancouver, is now comprised of over 300 scientists and business professionals who work toward defeating cancer.

“When someone’s cancer is not there anymore and they can eat again, walk again, graduate from high school, celebrate an anniversary, when they can just give their loved one a kiss without the fear of dying,” says Dr. Tehrani (whose company focuses on gastric and breast cancers that impact millions every year), “I’m not quite sure I want to do anything else in life.”

Scientists analyze data in a Zymeworks lab. "Our computational technologies enable our scientists to design and test how well our molecules are working to fight disease." 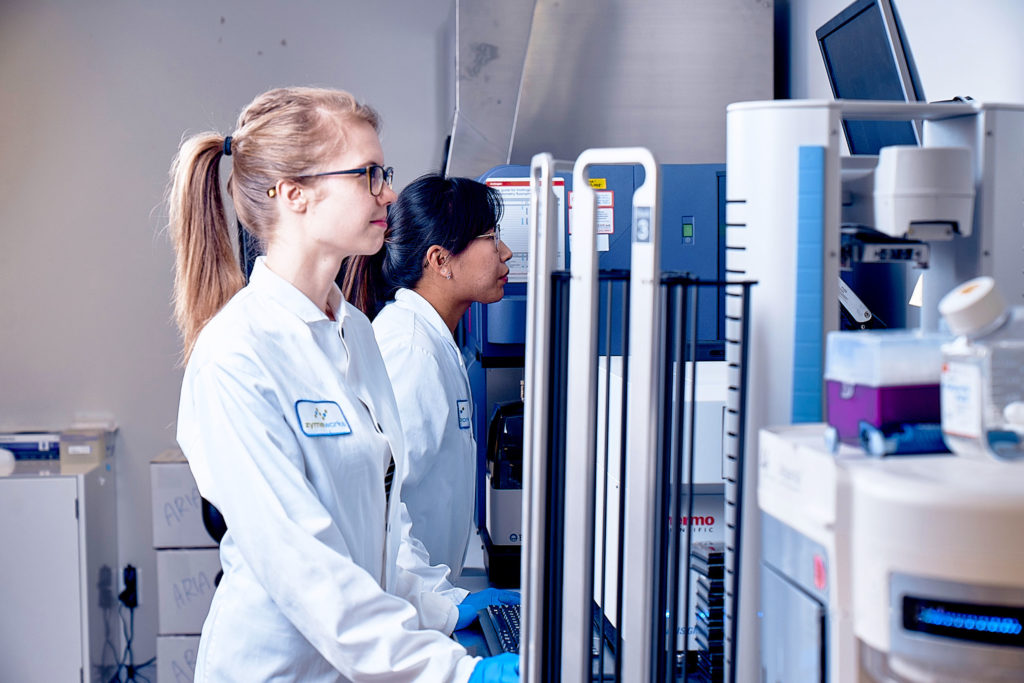 Dr. Tehrani’s donation to Science World was motivated by the uncertainty of the dome’s future, as a non-profit charity with reduced visitor capacity in a pandemic. “I can’t imagine Vancouver without Science World. It just needs to be here,” he says.

Inspired by our nerdiest heroes like Dr. Bonnie Henry and Dr. Theresa Tam, who have shown that caring for one another is an integral part of science, Dr. Tehrani made the generous offer to match any donations from his employees up to $50,000.

“Ask someone their favourite trait in a partner, and they’ll usually mention intelligence first,” says Dr. Tehrani. “In the end, nerds are the ones standing tall.”

Help fund the future and the next generation of problem solvers, wonder seekers, world changers and nerds.