In this game, students challenging each other in a moving, interactive, full-body, sound effect version of Rock, Paper and Scissors that incorporates four different stages of the water cycle:

This game demonstrates how water particles may take different pathways while still being part of the same water cycle. 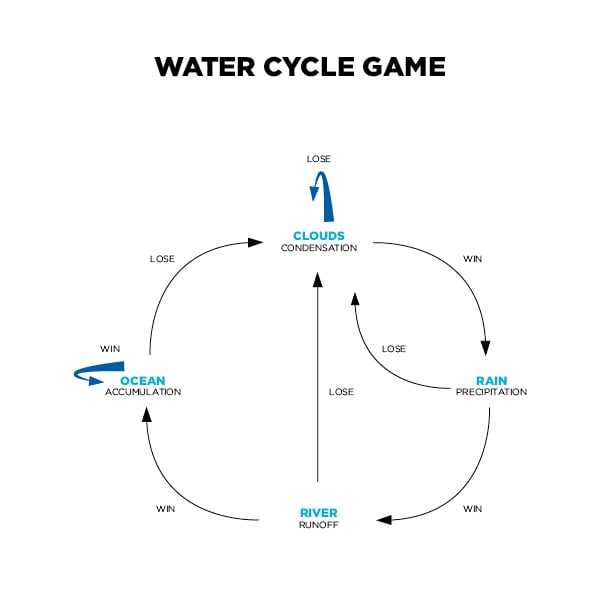 According to the World Water Council, the average North American household uses over 300 litres of…

Weather is an important part of our lives and one that we cannot control. Instead, it often controls how and where…