On the low end of the sociality spectrum and native to British Columbia, is the mason bee. We have Mason Bees in our very own Ken Spencer Science Park and they are solitary, which means they don’t really associate with one another unless it’s for mating. On the other hand, our honeybees (Apis Mellifera) are an eusocial species of bee. Which means, much like the adorable bumblebee and ferocious killer bees, they form highly complex societies. They represent true sociality or eusociality, which is the highest degree of being social. In comparison, while we, as humans, are definitely #social (just ask Facebook!), we fall just short of being eusocial because humans don’t fulfill all the conditions that define all eusocial communities. We are considered to be presocial. 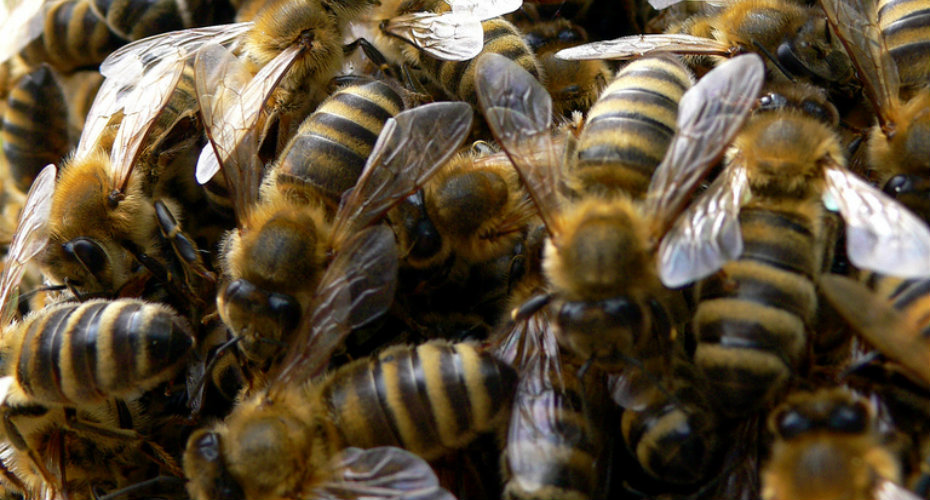 Eusociality is the phenomenon in which a single caste of reproductive females (usually only one member) produce offspring and a non-reproductive caste cooperatively raise and care for the offspring. To be considered eusocial, the colony of a species must have overlapping generations, cooperative brood care and reproductive division of labour by a sterile worker caste. ​A caste is a specialized group that carries out a specific function within a colony of social insects. So in a standard beehive, a single queen exists as the only female reproductive member in the hive. Her caste of worker bees does not reproduce, although they are not strictly infertile. There is also the caste of drones, which are the male reproductive bees whose sole purpose is to mate with the queen. This stratification leads to well-defined roles within the colony. Impressively, there is also extreme task specialization within the worker bees caste. Everyone has a job to do. But perhaps more importantly, the irreversibility of a bee’s responsibility in the hive is a hallmark for highly eusocial species. Therefore, once a bee has graduated from one responsibility to another (forager), she loses the ability to perform her former responsibility of, say, a housekeeper. This means that there’s no transitioning between behavioural groups and the society becomes a very interdependent one.

Why the females forgo their own reproduction to rear the queen’s offspring (but also their siblings) is still somewhat of a puzzle to evolutionary scientists. Many now point to the kin selection theory as a plausible explanation. But in my opinion, the fact that eusociality evolved also signifies that there is definite advantage conferred to being eusocial, hence the separate convergent evolution of eusociality arising in different animal lineages. As I sometimes gaze at our honeybees in the Search: Sara Stern Gallery, the hive seems to act as if it is a separate entity. As very aptly described by folks at the honeybeekeep.com, what makes a super organism is, "governed by the collective to accomplish goals for the good of the collective." Thus, either the group survives and thrives as a whole or they each will perish as individuals. Maybe, that’s something human societies can learn from and even aspire to.

Come check out our new beehive display in Search: Sara Stern Gallery and remember to use the hashtag #swBees when posting about the Science World honeybees. To learn more about the different levels of animal sociality, check out this link for the different degrees of sociality in insects.