It can be easy to overlook the complexity of plants. While we, complex mammals, may perceive plants to be simple, static, sunbathers, the fact is, the immobility restricting plants has resulted in the development of sophisticated and complex sensory mechanisms which allow them to survive in their ever changing environments. Masters of adaptation, plants are able to sense and optimally respond to many environmental variables such as light, water, gravity, temperature, soil structure, nutrients, toxins, microbes and chemical signals from other plants.

Researchers at MIT have been making headlines recently in a fairly new research approach called plantnanobionics. This approach creates an interface between plant organelles and non-biological nanostructures. The connection allows scientists to take advantage of the highly sensitive systems of plants by using human-made electronics that can interpret the desired information. To communicate with plants in this way, we must interact at the nanoscale level to be small enough to interact with the proteins and macromolecules in plant structures.

To work at the nanoscale, we must insert carbon nanotubes (CNT) into the plant. These CNTs are made of carbon rings, have a cylindrical shape and are one atom thick, meaning they are measured in nanometers. CNTs have the ability to fluoresce infrared light when excited, and the intensity of the fluorescence will change when the plant absorbs any nitroaromatic compounds – the molecules often used in explosives such as TNT.

When the plant is exposed to such compounds in water, they are drawn up through the roots to the leaves where they react with the nanotubes. When the compounds are sensed by the tubes, the near-infrared light being emitted by the leaves changes, seen in the image below. These changes are observed by a small infrared camera. When the plants react, the camera will send an email to a designated cell phone, wirelessly alerting you of the dangerous compounds in area within 10 minutes of exposure. This ability to quickly communicate with plants to gather information may be able to be applied for other purposes, such as detecting drought and monitoring plant health remotely.

Fig. 2 – The infrared light being emitted by the leaf changes as time progresses after exposure to explosives. Credit: Juan Pablo Giraldo/MIT

This isn’t the first time nature has “beat us to the punch” in terms of revealing opportunities for sophisticated technology. Researchers often mimic natural technologies that have been tried and tested by millions of years of evolution. Another example is the Robobees developed by researchers at Harvard, which are modeled after the unique wing movements of insect flight. This merging of nanotechnology and biology has allowed us to make leaps and bounds, building or modeling ideas around pre-existing concepts. In addition to agriculture and robotic applications, we are seeing advances in nanomedicine in using nanoparticles to treat diseases and grow new cell cultures. It is theorized that by the year 2055, we will be able to create computers out of biochemical and organic salts. 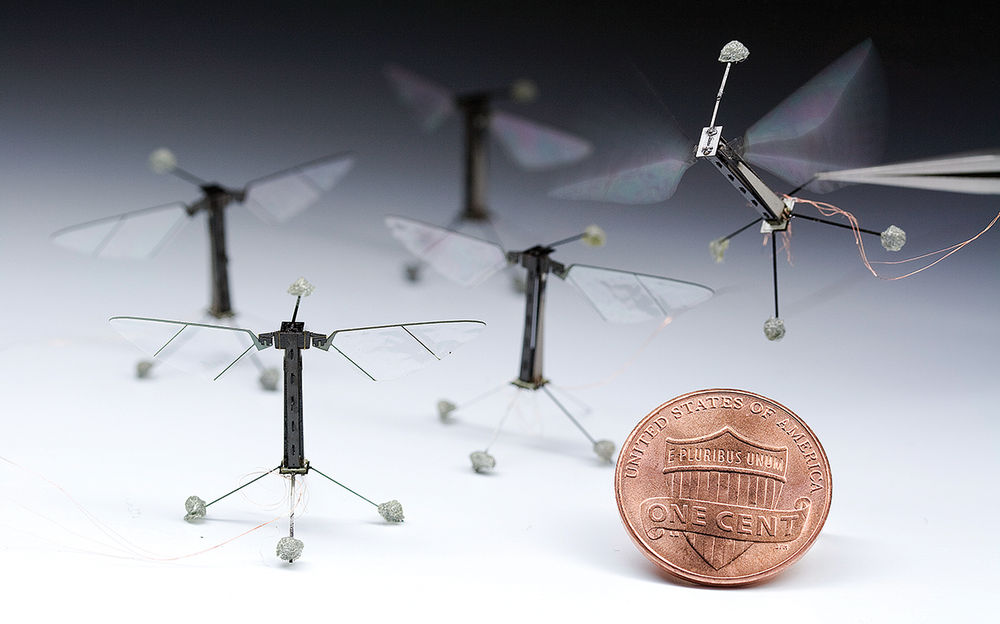 The video below shows the methods of this project, and full details can be found in Nature Materials here.

Are you really BIG on Nano? On now until January 2, 2017, you can Zoom into Nano in our latest feature exhibition.