This article about retrofits for building sustainability is powered by  Concert Properties, presenting sponsors for Science World’s feature exhibition Towers of Tomorrow. It empowers us to explore the intersection of urban planning and community collaboration.

Ten years ago, Dave Ramslie worked for the City of Vancouver as a Senior Sustainability Programs Manager.

During his tenure, Vancouver built the first energy plant in North America to draw heat from untreated waste water. It's called the Neighbourhood Energy Utility (NEU).

When local residents feared the sewage treatment centre would be an eyesore, the City hired artists, engineers and designers to solve that problem.

The teams at Francl Architecture and Pechet & Robb Studio fashioned the exhaust stacks into five sleek, concrete fingers. The structure is complete with LED-light-up fingernails that shift from colour to colour depending on the neighbourhood’s energy consumption. A visual reminder to customers to use less. 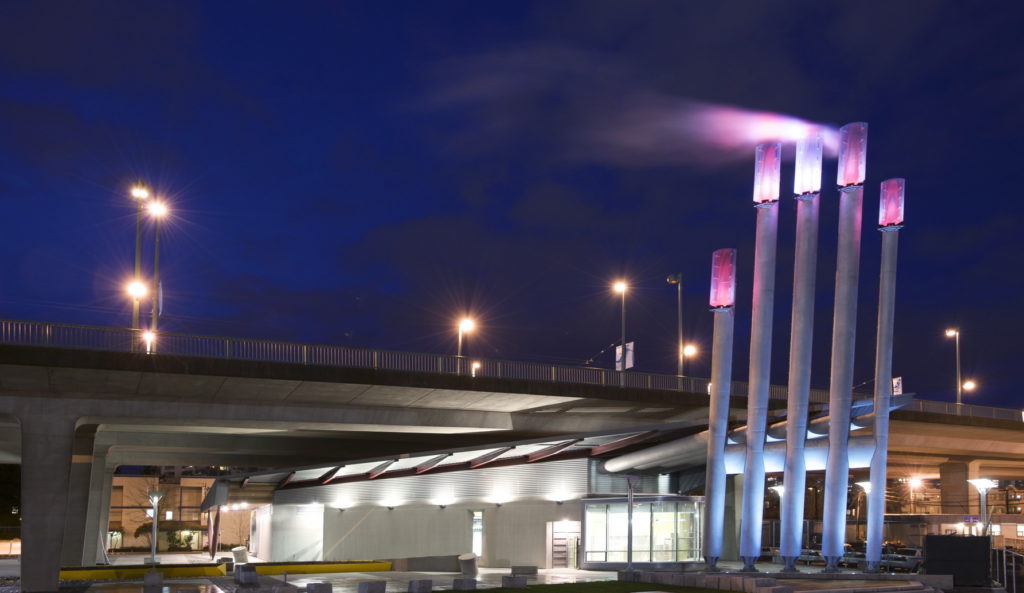 The small plant which contains a heat pump lives under the Cambie Bridge on Spyglass Place. There, the pump transfers heat from domestic wastewater to a line of product water. The product water then travels back out to neighbourhood to heat buildings—including Science World’s geodesic dome.

The system helps reduce thousands of tonnes of carbon every year. It's currently expanding to Mount Pleasant and Great Northern Way. Eventually, NEU will provide renewable energy to over 22 million square feet.

“For Science World, it’s a neat story,” Ramslie says, who is now the Vice President of Innovation & Sustainability for Concert Properties. “It was a retrofit that was not only efficient and saved on greenhouse gas emissions, but also gave the opportunity to give back to the community around you - making it greener as well.”

When Randy Cheah came to Science World as a Building Engineer, he brought over a decade of experience in computerized energy management.

Before he arrived, Science World had already begun purchasing heat from the NEU. We'd thus eliminated our need for a boiler and the burning of natural gas. Science World no longer produce any greenhouse gasses. In addition, a retrofit enables us to transfer our own waste heat back to the grid, back to NEU.

But thanks to the Building Engineering team efforts, and Randy's own retrofits to the heat management software over the years, we don't create excess heat.

He explains: “If there was an excess, we could sell it back, but we’ve never hit the target. Science World now uses all the energy we produce.” 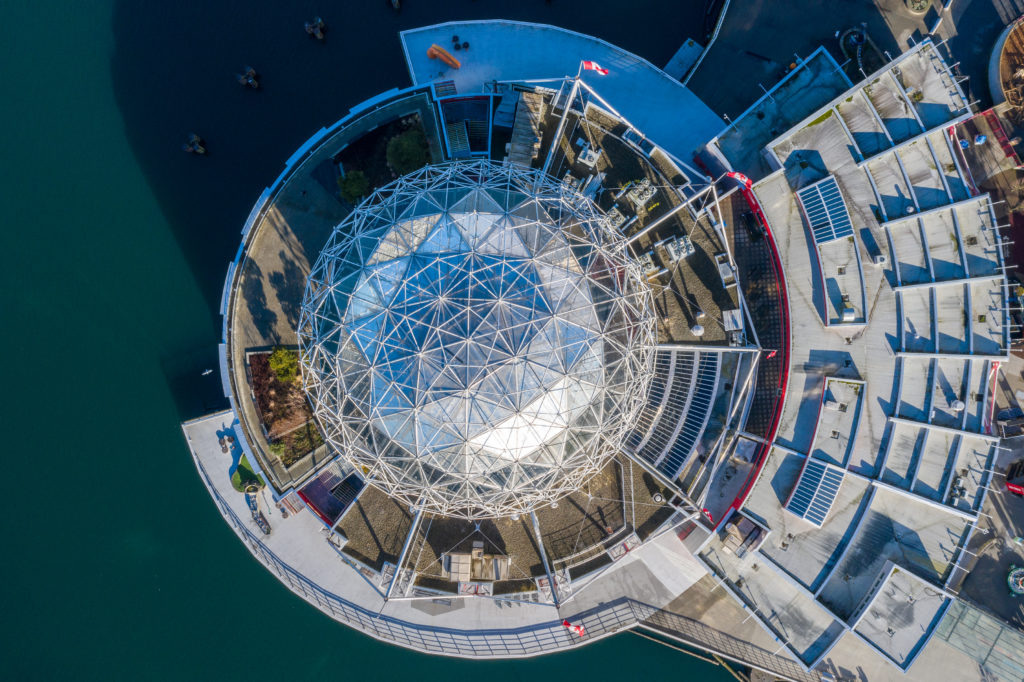 Ramslie incorporates the three pillars of sustainability into all his projects at Concert. This model combines three environments: natural, economic and social.

What began for Ramslie as a focus on the hard science of data and numbers has expanded to include questions of fairness and responsibility.

“I have an emotional connection to the work I do,” he explains. “It eventually leads me back to the question of equity.”

The values and principles of Concert drew Ramslie to his current role. As developers, they hold the perspective that the housing crisis is inseparable from the overarching crisis of climate change. “Climate change is real, and we have an obligation to do something about it,” Ramslie says.

Their target for all construction to be zero-carbon by 2026 is a multi-faceted challenge. It includes their newer endeavour to track and account for all embodied emissions.

For developers with huge projects, this can be a Herculean task. Ramslie describes the process as “not-uncomplicated.” Questions of equity rarely are.

“Not only do we see smoke and terrible air quality in our cities brought on by climate change, but also protests and social unrest; the reckoning around equity issues and racial justice, and Truth and Reconciliation here in Canada.

“There’s literally never been a more critical moment to address all these issues together.” 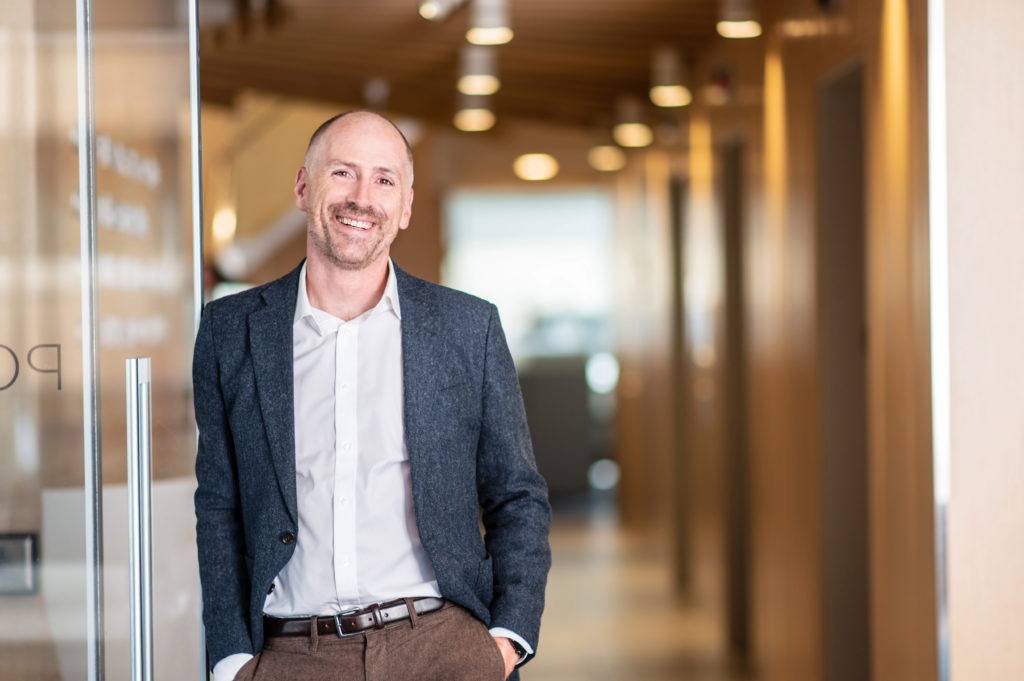 The Science of Community

For developers, Ramslie says the critical moment has come because they finally have the tools. Ten to fifteen years ago, the concept of zero-carbon buildings remained enigmatic. “Now, we know how to do it. It’s just a matter of putting resources behind it.”

This unique opportunity to provide legacy in sustainable development motivates Concert’s ownership group (17 small trade unions). “They are very supportive of our targets.”

And not just energy targets. 2021 will be Concert’s third year of social sustainability research, which next year expands to Ontario. As far as Ramslie knows, they’re the only landlords in Canada collecting this kind of data.

Their community programming tracks and measures how residents assess their own happiness, health and well-being; the number of neighbours they know in their building; how many they consider friends; who they can rely on in case of an emergency; and whether or not they feel safe in their community.

“The truth is, we don’t know our social impact, and we’re trying to figure it out.”

He chuckles, “Science World would be happy to know we’re taking a science-based approach.”

Extending dreamscapes of the future.

Our feature exhibition is now open until January 2021! Towers of Tomorrow, presented by Concert Properties and White Spot Restaurants and supported by TransLink, features 20 of the world’s most astonishing skyscrapers from around the world. Learn more about the science and engineering behind extra-tall architecture.