Recent visitors to Science World at TELUS World of Science are awestruck by the preserved giraffe specimen hanging in our atrium. Our science facilitators field many questions about it. Let me answer some of those questions here:

When I was studying vervet monkey behaviour in South Africa, I was amazed at the diversity of the creatures surrounding me. On my commute to work, I might find myself stuck in a “traffic jam” caused by a tortoise in the middle of the road, a white rhino that needed to be closely watched, or a herd of giraffe. The giraffe, in particular, made me so curious.

Why the long necks? 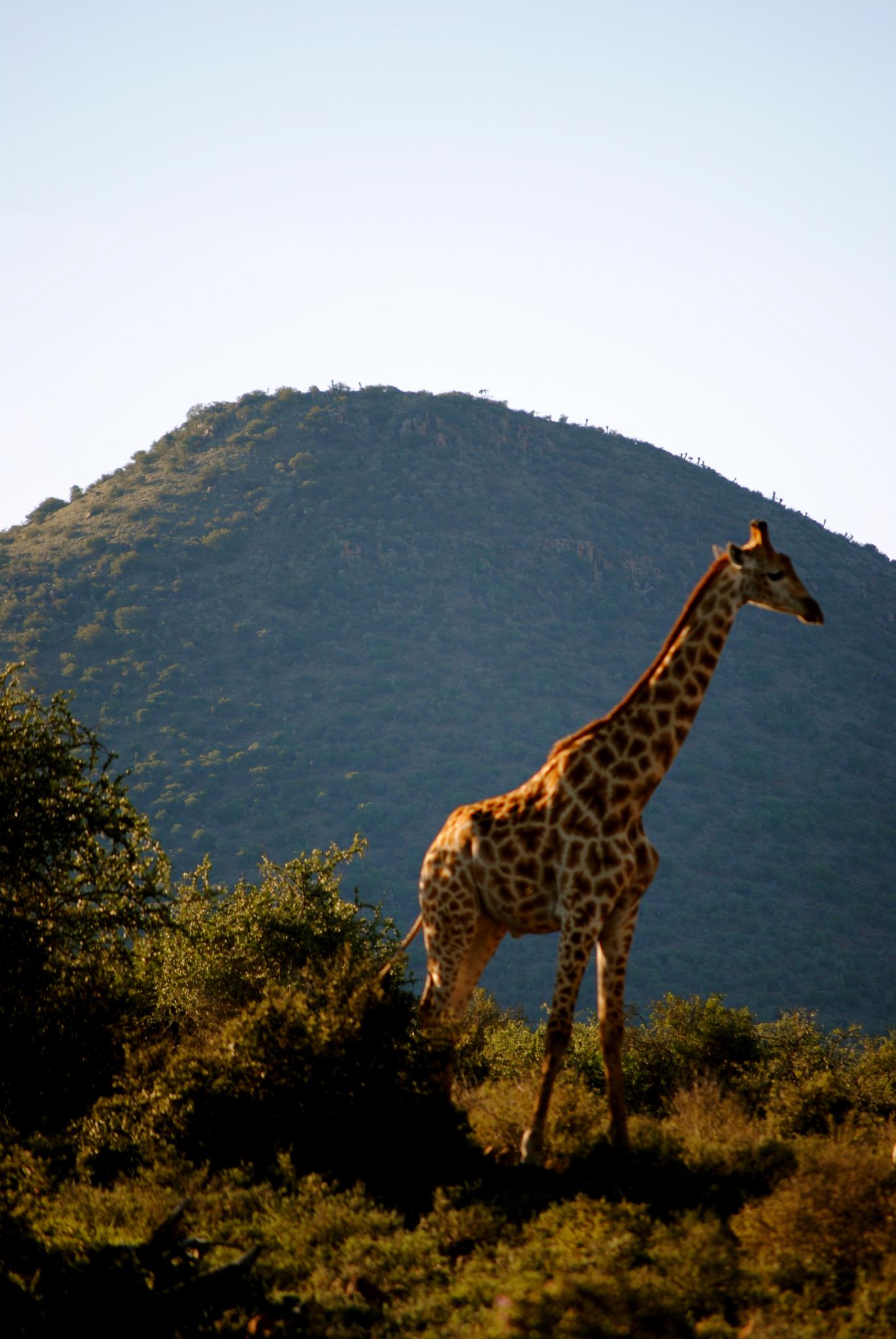 Giraffe are the tallest living terrestrial animal, due primarily to their most noticeable feature—their long necks. Giraffe can grow up to six metres tall, about 2.5 times the height of Shaq. However, like humans and most other mammals, they still only have seven cervical vertebrae (the bones that support the neck). The vertebrae in the giraffe are much larger than those of your average mammal.

Scientists have more than one theory about why giraffe evolved their long necks. Being taller would give them the advantage of eating leaves off trees that other herbivores couldn't reach. Alternatively, the long necks could have evolved as a response to males striking each other with their necks to win over a female—a longer, stronger neck may have had an advantage in battle.

The long neck means the giraffe has adapted to deal with the challenges that go along with it. In order to pump blood to their brains, giraffe hearts must be extremely powerful, with a blood pressure three times that of humans. The photo below illustrates the size difference between the giraffe heart (left) and the human heart (right). When the giraffe lowers its neck, there are special valves in the arteries of the neck that make sure the giraffe will not suffer from brain damage from the sudden increase in blood pressure. 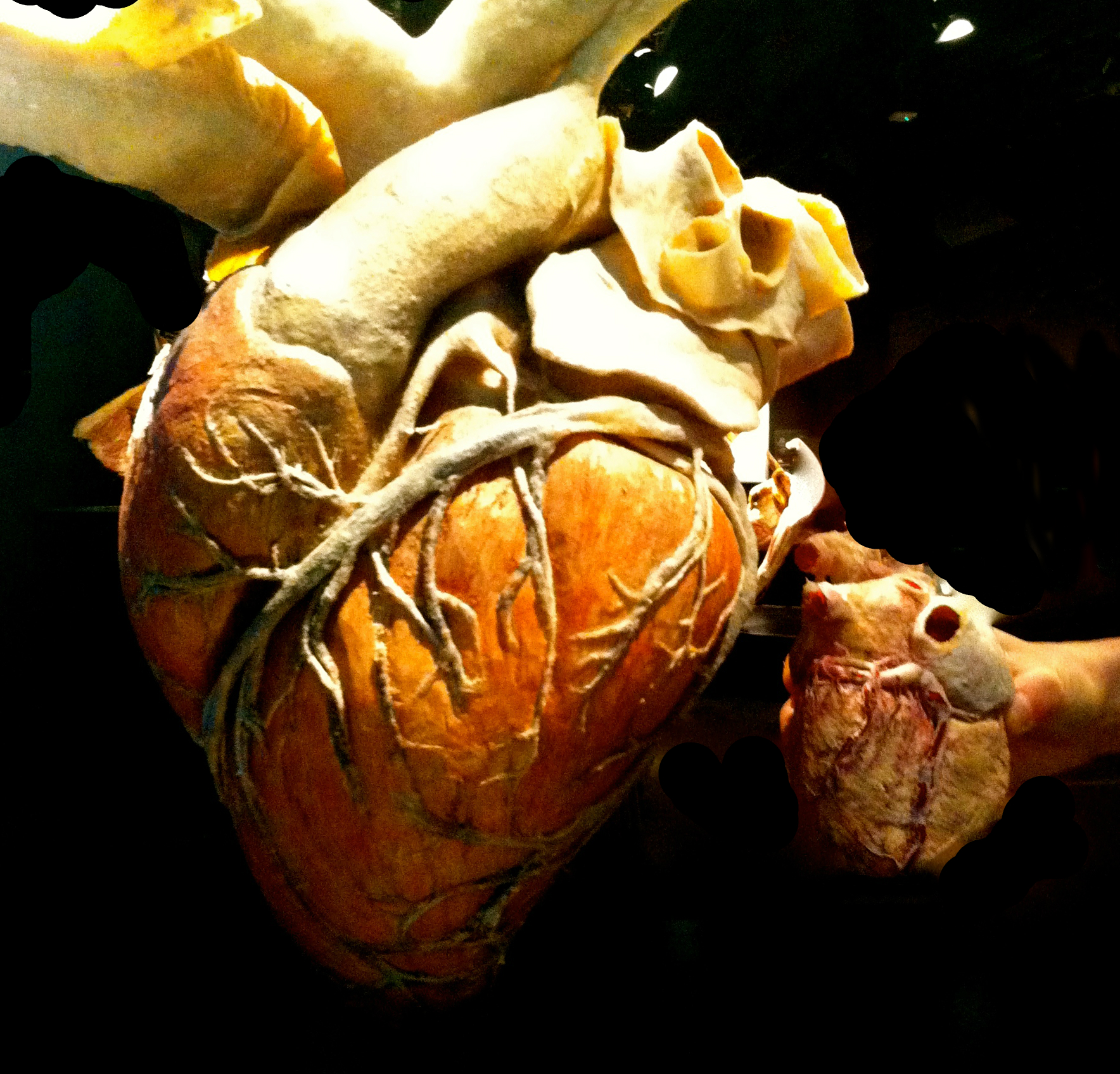 What’s a giraffe to do?

I spend a lot of time thinking about what I’m going to eat next and, similarly, a large portion of the giraffe's daily behaviour is influenced by food and water (finding and consuming). They don’t have the luxury of heading to the nearest market for their next meal. Instead, they spend 12–16 hours a day grazing on trees and shrubs. In order to drink, they need to splay their long forelegs out beside them or their necks won't to reach the ground. This stance puts them in a vulnerable position, which results in spending a long portion of their time scanning the environment for potential predators. Giraffe protect themselves from predators by kicking or stomping their legs, the force of which can shatter a skull or break a spine. Giraffe have been observed to kill lions this way.

A Tower of Giraffe

Giraffe are social animals, living in herds (also known as towers) of typically a dozen individuals. Living with others sometimes has consequences. Males may fight each other for mating partners. This often begins by sizing each other up by rubbing and intertwining their long necks together, which is often enough to establish dominance. If dominance isn't established, they begin exchanging what appear to be violent blows with their heads. Once a victor has been established, the males are able to coexist peacefully. Male and female giraffe relationships are also not without their quirks. Males may smell the females, or even taste their urine to see if the females are fertile, this is known as the Flehmen response. 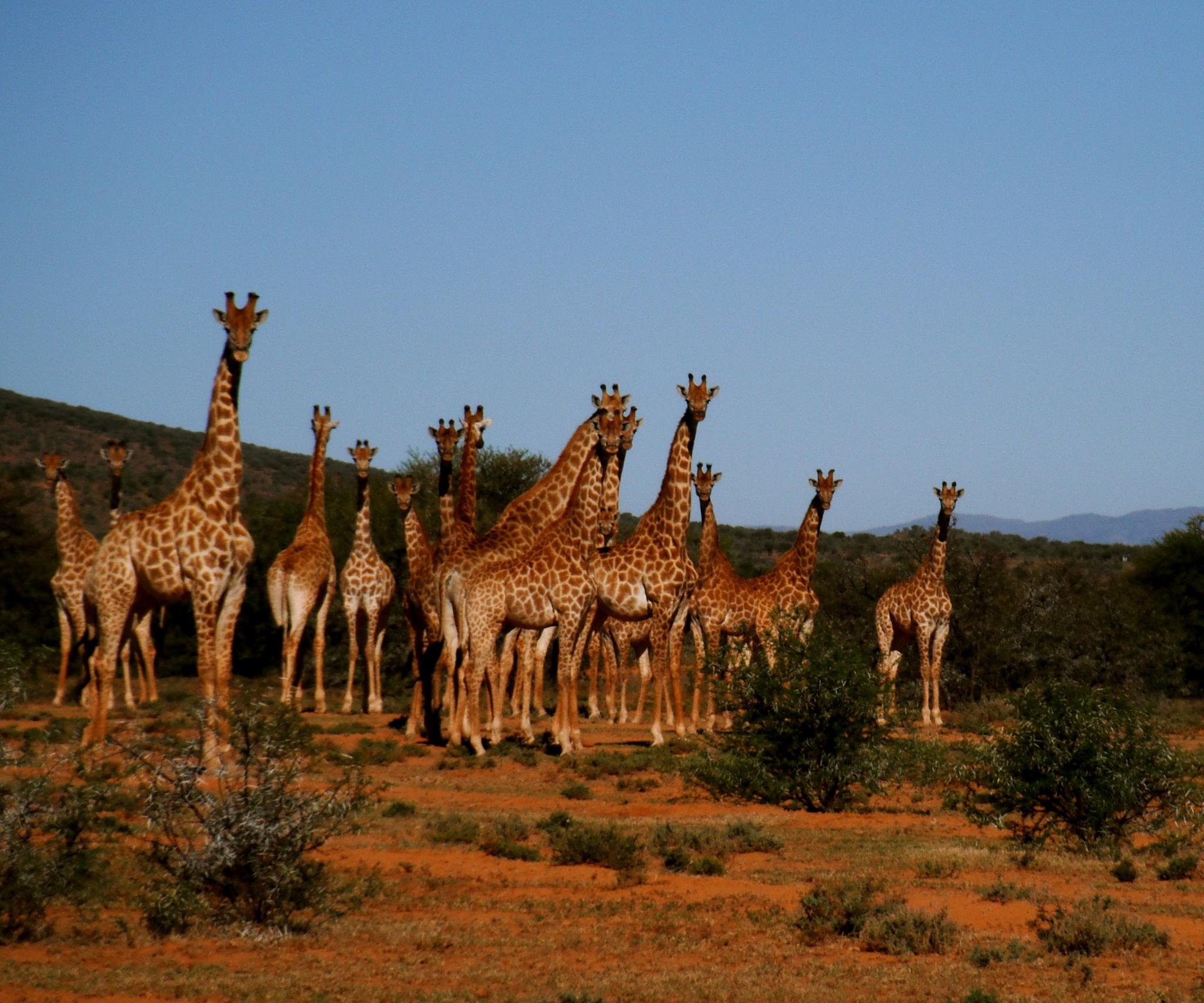 Females are social and are often found with other females and young giraffe if they are not protecting their own offspring. Females give birth standing up, and the calf drops 1.5 metres to the ground. The calf is able to stand within 5–20 minutes of being born.

Do you know what sound a giraffe makes? For years scientists assumed that giraffes don’t make sounds in the audible range of human ears. However, according to this recent discovery at a European Zoo, we may have the first recording of a giraffe sound. It seems like giraffe like to hum.

Get a closer look at the magnificent giraffe in our latest feature exhibition, ANIMAL INSIDE OUT, on until March 28, 2016.  While examining the structure and detail of the organisms on display, try to imagine the different behaviours they may exhibit in the wild.