People might not think vultures are the most glamorous of birds. Sure, they eat rotting stuff, have weird bald heads, and like the hang out in unsavory places, but is that so bad? Honestly, humans seem to have it in for anything that eats rotting carcasses, even when they’re a really important species. Personally, I think that’s what makes vultures amazing (and yeah, maybe I DO have a framed vulture poster in my apartment that highlights projectile vomiting, but hey, I'm a birder). Fortunately, it seems that others are coming around to the idea that, not only are vultures pretty important, but they are also working to clean up the planet! Until recently, no one saw a vulture's unusual eating habits as a valuable tool for conservation.

An initiative in Peru recruits vultures to identify and mitigate a serious problem with illegal garbage dump sites in the city of Lima. According to the Centre for Clean Air Policy, daily waste production in Peru is about 17,000 tonnes, and only two-thirds of that waste is collected. This results in 5.7 percent of Peru’s total emissions coming from the waste sector. There are 5 sanitary landfills in Lima and 8 in total in the country. These landfills collectively only treat 20 per cent of Peru’s waste, yikes! Illegal dumping can contaminate neighbourhoods, rivers and coastlines with harmful substances, impacting the health of humans and wildlife.

That’s where vultures come to the rescue. Gallinazo Avisa was created to help in the tracking, identification and reporting of contaminated areas in Lima. It’s an effort to reduce the amount of waste people produce and to raise awareness on the gravity of the issue. Their team consists of ten key members; a group of trained Black Vultures!

A close look at the featherless head of a black vulture. 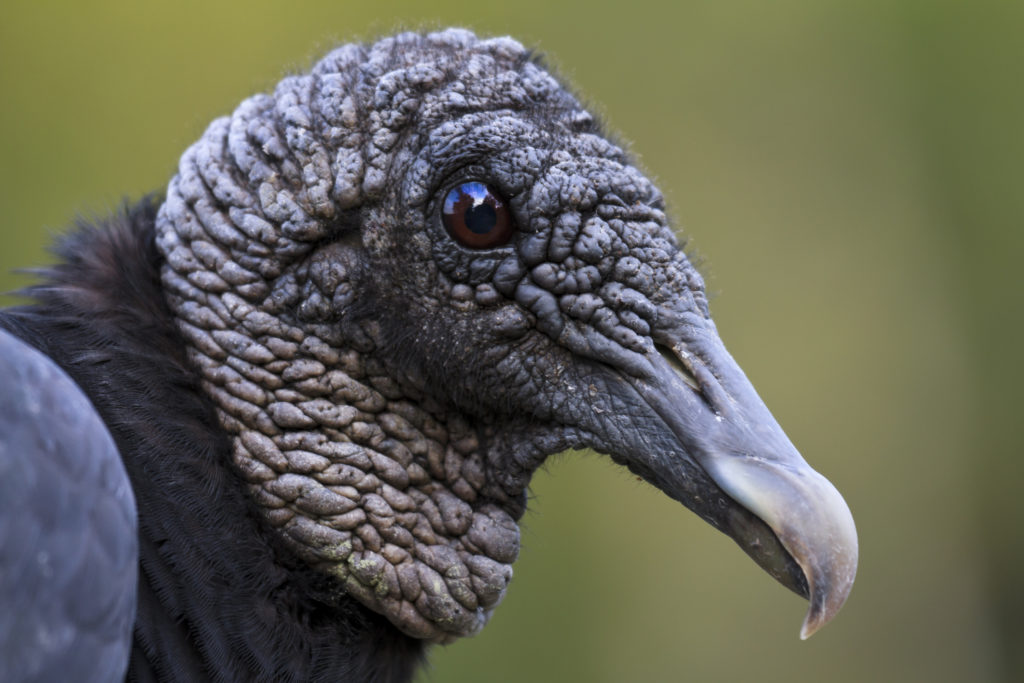 The vultures use their super strong sense of smell to find potential food from extremely long distances, and can eat some pretty gross stuff found at the dump thanks to extremely powerful gastric juices that help kill off harmful bacteria before it can make them sick. Using GPS tracking devices and cameras, these trained vultures create a virtual map to detect major sources of garbage and problem areas for illegal dumping. You can track where the vultures are visiting around the city over time. Residents are also encouraged to report problem areas in their communities to further raise awareness on the issue, which are then shared on the organization's social media outlets to spread the word.

Gallinazo Avisa just happens the have the greatest video to promote the program and educate people about the issue and how vultures are helping find a solution. Any video that uses narration from the perspective of a vulture is a winner in my books. Plus, one of the vultures is named Captain Huggin. Awesome.

If you want to learn more about human waste production, how it impacts the environment and how you can help, visit the Our World gallery, or the Ken Spencer Science Park.