Ada Lovelace was a mathematician known for writing the first computer program in the 1840s, almost 100 years before computers, as we know them today, were invented. Ada worked with Professor of Mathematics at Cambridge, Charles Babbage, on a mechanical calculator called the Analytical Engine. Babbage, who became her colleague and lifetime friend, benefitted from her incredible knowledge and expertise . Though it was never built, Ada’s contributions to the Analytical Engine expanded far beyond its intended use to perform calculations for complex math problems. Ada’s relationship with logic and creativity allowed her to see what her counterparts at the time could not: that the mechanical computer “might act upon other things besides numbers,” such as letters, symbols and even other variables like music.

Ada Lovelace Day falls on the second Tuesday of October to celebrate her legacy and to highlight the accomplishments of women in the STEAM field.

A diagram of the computation behind the Analytical Engine based on the notes of Ada Lovelace, considered to be the first computer program . 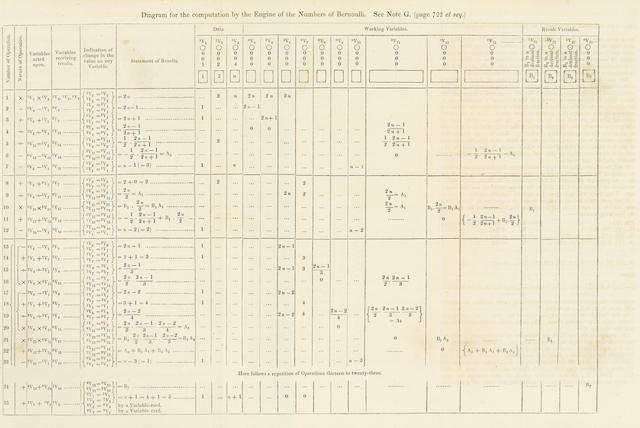 Want to learn more about inspiring women in science, technology, engineering and math?

Come join us for our second annual Girls and STEAM event on November 2!