Daily, we see a countless variety of plants growing in our neighbourhoods, in our parks, in our forests, but most of us pass these without taking a moment to observe their beauty and diversity.

The Importance of Observation

The ability to look at plants around you, to study them and to think critically about how they grow, reproduce and adapt to their environments over time are very important scientific skills. Many of the greatest scientists throughout history have come upon their theories through simple observation of the plants around them.

Four historically important botanists are Carl Linnaeus, Maria Sibylla Merian, Charles Darwin and Alfred Wegener. Through his observation of plants, Linnaeus came up with our current genus and species classification system. Maria Sibylla Merian, a naturalist and scientific illustrator, paved the way for modern botany with her 1675 publication. Darwin theorized evolution and Wegener theorized continental drift after observing plants, fossils and other living things. and paved the way for modern plant study. Together, these are some of the most profound discoveries in historical science, and have all arisen from careful observation of the living world.

Flowering plants typically go through a life cycle. A plant grows from a seed, which contains genetic information and nutrients that a plant needs to turn into a seedling or a baby plant. Then, plants take energy from the sun, which is used in chemical processes to produce sugars for their growth. 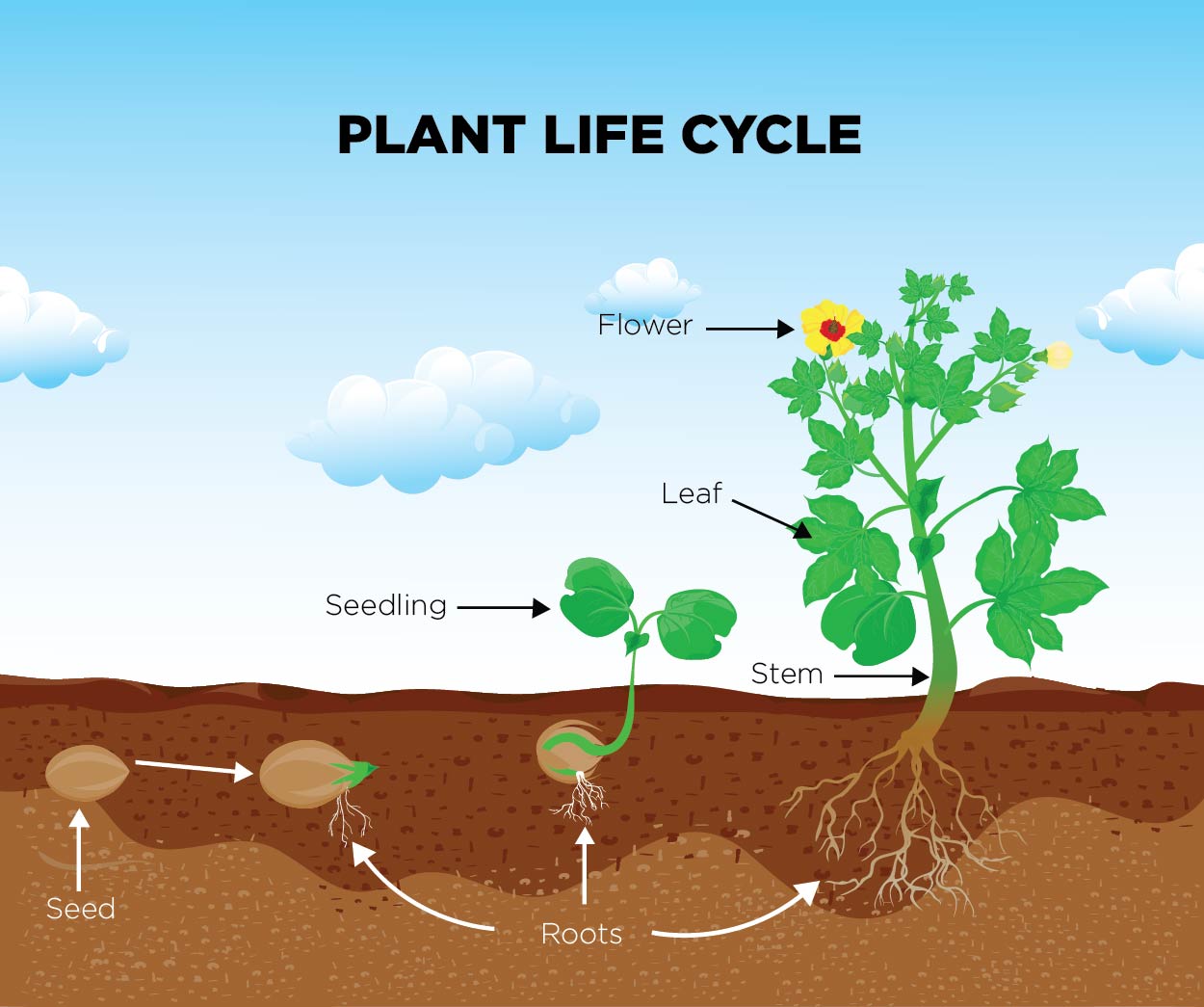 When a plant is reaching the end of its life, or it is reaching the end of a growing season, it will make many flowers. Then through reliance on wind currents, or animal pollinators, pollen from the male part of a flower, the stamen, is transferred to the female part of a flower, the stigma. When the pollen reaches the eggs, it will fertilize them. The eggs will develop into seeds, which once propagated will grow and the plant life cycle will then continue.

Conifer or cone-bearing trees, like the Western Red Cedar, and spore-bearing plants, like ferns or mosses, have different lifecycles, but still follow the same concept of two sexual parts meeting and forming the beginnings of a new plant.

Not all plants are considered beautiful or useful by humans. For example, weeds are plants that grow where we do not want them to be growing, but not all weeds are bad. Some common weeds are more nutritious than spinach, and others are medicinal. Learning more about the plants around us, including weeds, can help us to gain respect for more of the plants we see.

Complete Flower: A flower that contains all four parts of a flower: sepals, petals, stamens, and pistils. Opposite of imperfect flower containing only one sex of reproductive parts.

Fragmentation: A method of asexual reproduction exhibited by some plants. The ability to grow separate new plants from one plant that is ripped into separate pieces.

Introduced Species: A species that has not originated in a particular region, but now lives in this region. Brought to a region typically by humans or changes in environmental conditions.

Invasive Species: An introduced species that threatens local species or the entire ecosystem.

Native Species: A species that has originated in this region.

Ovules: The unfertilized eggs in the center of a flower. After fertilization, these will develop into seeds.

Petals: The colourful parts of a flower that attracts a pollinator towards the rest of the flower.

Pistils: The part of a flower containing the female reproductive parts (ovules).

Sepals: The outer layer of a flower. Sometimes looks like another set of petals, and sometimes like green petals.

Stamens: The part of a flower containing the male reproductive parts (pollen).

Taxonomy: The method of classifying or categorizing something.

Tree Rings: marks one year of growth of a tree. Measured by the distance from one dark ring to the next in a cross-section of a tree.

Vascular Cambium: single ring layer of cells between the wood and bark of a trunk. This is where new growth grows from, both for the bark and the wood core.

Weed: A plant that someone does not want growing where it is growing. Not necessarily a bad plant, just subjectively not wanted.

What’s important about the birds and the bees? Pollination plays an important role in our everyday lives. It has a…

When we think of rainforests, we think of broad-leafed plants and animals like monkeys, giant snakes and brightly-coloured frogs. We…

Who do we share our homes with? Your backyard contain a great deal of wildlife. Animals will live in any…