"Future Science Leaders taught me that science is about working with other people to achieve great things." 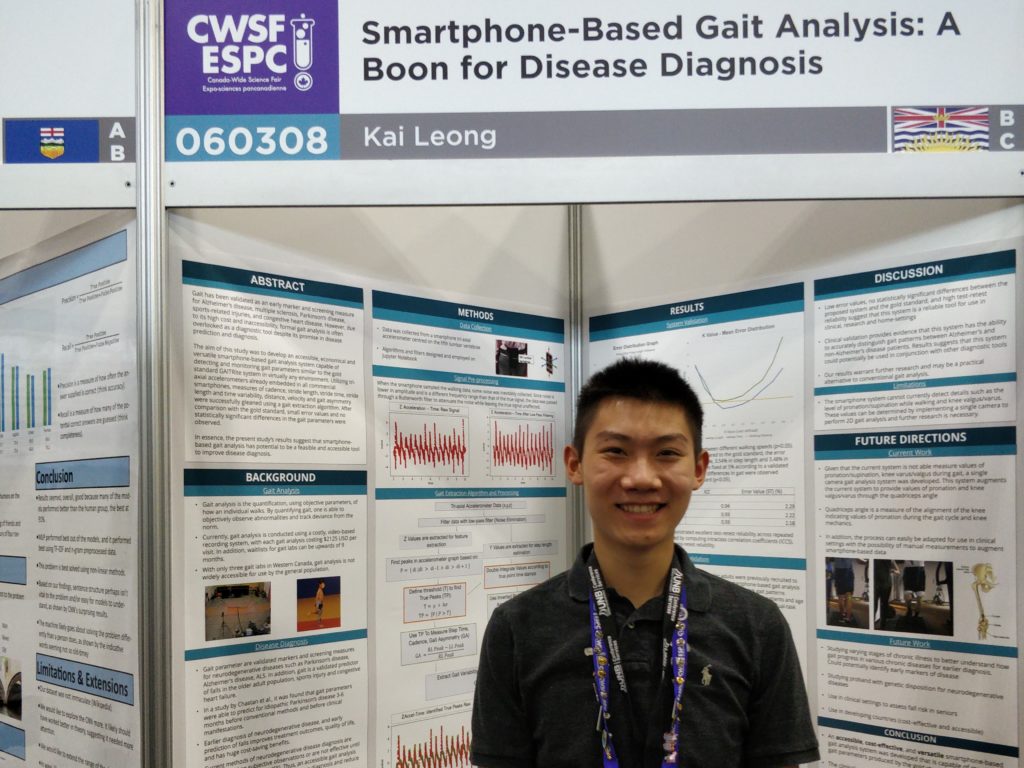 When Kai Leong was four years old, his grandmother introduced him to urban mushroom foraging. She showed him how to identify different types of fungi by their colour or texture, and he credits her for sparking an early love for scientific inquiry.

When he was in grade eight, doctors misdiagnosed his grandmother with depression. “It turned out she actually had dementia,” he tells me. And thus began his journey toward Smartphone-Based Gait Analysis: A Boon for Disease Diagnosis, a project that has won him multiple science fairs around the world and led to several university scholarships.

“A lot of people don’t know this, but the way we walk can be a biomarker or predictor for neurological diseases. However, the technology is incredibly expensive."

"I wanted to code a program that could be accessible to everyone. Something that could run on your smartphone and be simple to use. I wanted to make it easier to diagnose diseases for a very vulnerable population: seniors.”

“I had always thought of coding as this enigma, [a skill] that’s so hard to obtain, that only the smartest people could understand. When we were introduced to it in Future Science Leaders, I was like: ‘Wow. I can do this if I work hard enough.’"

"It was one of the many ‘A-ha moments’ I had during the program. When everyone around you is doing something you previously thought was impossible, you get inspired. Everyone was helping each other. Some were better than others at it already, but we all came together to tackle this challenging problem.”

His grandmother, whose Alzheimer's disease has progressed, was able to use the program. "If she were still able to speak, she would congratulate me. I know she would be very proud."

"FSL inspired me to create a science club that helped me win an $80,000 STEM scholarship."

Junior students observe an expert-led STEAM activity in Helen Zhang's popular Trial and Error Science Club. Helen modelled this club after her experiences in FSL, wanting to bring advanced science to younger grades at her school. She had no idea this inspiring academic leadership would lead her to win the prestigious Schulich Leader Scholarship valued at $80,000. 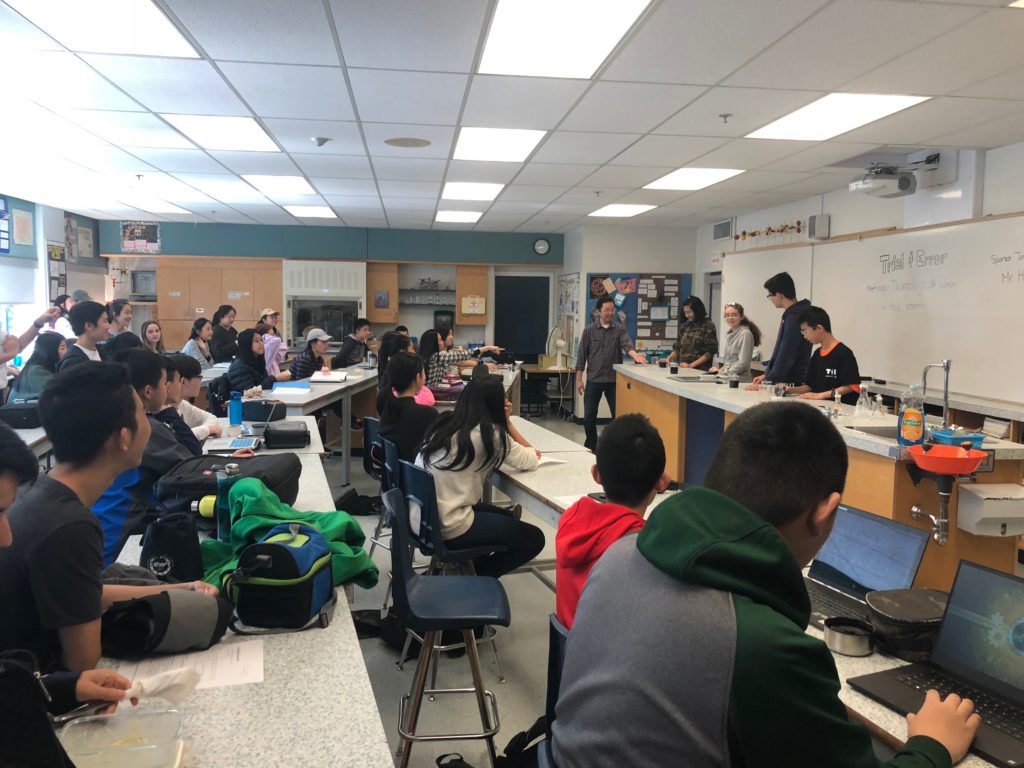 “Future Science Leaders not only taught me advanced scientific knowledge, but also introduced me to fellow students who were passionate about science, and showed me how to collaborate with them.”

"Future Science Leaders helped me enormously in my classes. We were doing an experiment in high school, checking the genetic differences between wild fish and GMO fish using polymerase chain reaction technique. Because I learned this in FSL, I was ahead of the other students. The teacher was quite surprised. This is one of many examples of how FSL allowed me to take a step forward before my peers."

"Without FSL, I wouldn't have the job I have now."

The bright green 3-D reconstructions of a mandible you see below (held by Future Science Leaders alumnus Edward Wang) were generated using leading-edge software that helps surgeons virtually plan their operations before they take place.

Part of Edward's job at Vancouver General Hospital was to design that software.

“I work at VGH as a research engineer with a head and neck surgeon named Dr. Eitan Prisman. He had this idea for augmenting surgery of the jaw.”

The program Edward worked on is currently undergoing clinical evaluation and, if successful, Edward will have contributed to a computer application that will help the next generation of jaw-cancer patients experience easier surgeries with better reconstructions.

“I was lucky in my FSL experience. My mentor Dr. Catherine Anderson had the idea to build a project so students could learn about coding and 3D printing. I built an android app to control a 3D-printed rover that another FSL fellow had designed. That’s how I learned to program. Those two skills—programming and 3D printing—is how I got this job. The network and support of FSL continue when you leave the program.”

We're looking for the next generation of Future Science Leaders.

Love science? Crave challenging, hands-on experiments? Want to meet peers with the same passion for inquiry? Future Science Leaders could be for you.

We Should Embrace the Unknown: An Interview with a Future Science Leader