Why We Give spotlights Science World donors.

When Norm Francis found himself in Bill Gates’s home for dinner 20 years ago, he was starstruck. As CEO of Vancouver software company Pivotal Corporation, he describes himself as “the little guy.”

But it wasn’t the host or guests (like Martha Stewart and Nike CEO Phil Knight) that dazzled him; rather, it was the spectral presence in Gates's domed library of famed polymath Leonardo da Vinci.

“It was like he was in the room with us,” says Norm about viewing pages of the Codex Leicester, da Vinci's collection of scientific writings, from behind protective glass.

The 16th century manuscript, filled with mirror writing, drawings and diagrams, makes observations and predictions about the luminosity of the moon, the power of water, and the flight of birds.

“Da Vinci held that paper in his hands. He wrote those words! It was an incredible moment, to be so close to his study of the natural world.”

Norm describes the wonder he felt that evening as a lodestar that’s guided him his whole life. It led him to make a founding donation to Science World’s first capital campaign in 1989. And it’s inspired him to continue giving. 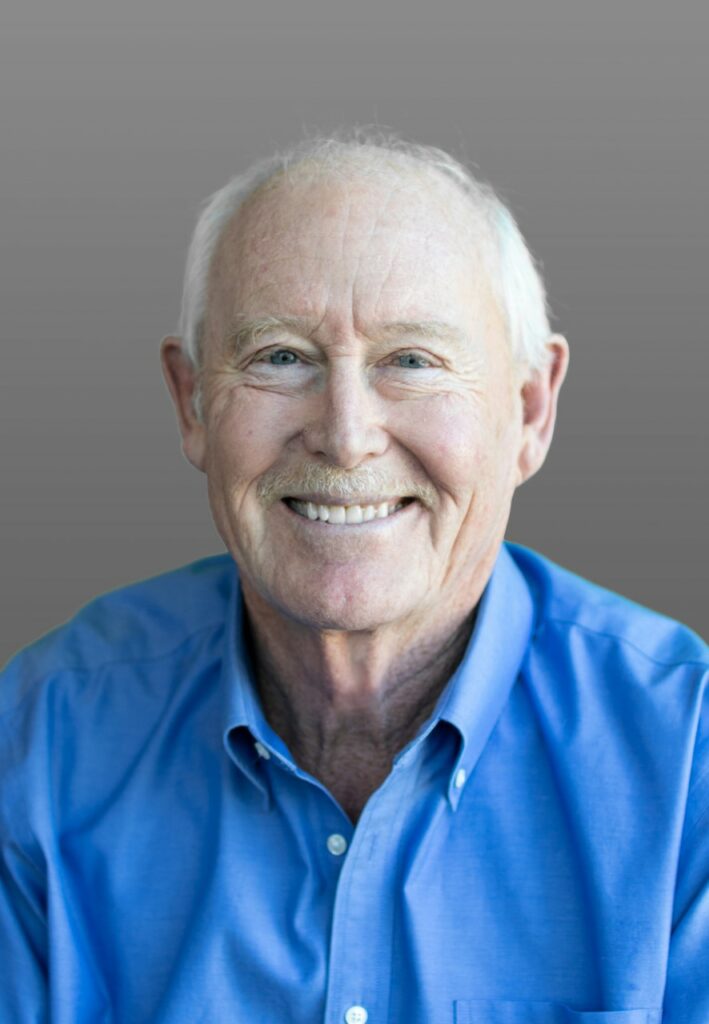 Impressive business and philanthropic ascents notwithstanding, Norm has always been humbled by the natural world.

He grew up on a small fruit farm in BC’s Southern Interior, before it became an international wine capital. "My environment was my Science World," he reminisces.

He learned in the orchards and the mountains; on the trucks they drove, with the fertilizers they sprayed and the tools they used. “It was constant exploration. And isn’t Science World a sophisticated version of that?”

At twelve-years-old, Norm’s world expanded overnight, when his father and some town members arrived on the farm toting cables and an antenna.

He watched them climb the mountain behind his house to install an aerial at the top, and then string the cables back down to the valley. “Suddenly, we had this little black and white window into the world.”

On Saturday nights he watched Hockey Night in Canada, and on Sundays, the Ed Sullivan Show. “It was a marvel,” he says.

When Norm gives to Science World today, he does so for kids who, like him, come from rural or northern regions. He says those who live outside the Lower Mainland "don't always have the same opportunities to get energized about science."

“That’s why I’m a huge fan of Science World’s outreach programs. Because my roots are in a small town.”

The Fullness of Time

Norm describes his rejection from the University of British Columbia's engineering program as "probably the best thing that ever happened to (him)."

From his very first class exploring their massive mainframe computer, Norm has been captivated by the exponential progress and accelerated change of technology.

"If you’re wearing an Apple watch,” he says, “it’s a thousand times more powerful than that first computer at UBC that took up a department basement.”

To the young people he mentors and the entrepreneurs he invests in, Norm illustrates computer science’s unbound potential by outlining the changes he’s seen in his time.

Norm learned programming in the punched card era, encoding data on physical paper. He witnessed the creation of the microchip, the personal computer, and software such as word processing and email, and the Internet. He emphasizes how wireless data, invented largely in Vancouver, has revolutionized the way we live.

“Twenty-five years ago, few people thought online shopping would even work,” he laughs, acknowledging that the pace of this profound and radical transformation is "almost beyond human comprehension."

“It’s why we need more kids interested in science and technology. It’s why we need Science World. So that kids can experience the wonder of science, and then figure out how to use it for good.”

Join the growing community of Science World donors by making a gift today.

Why We Give: Thought Experiments with Dr. Robin Louis

Why We Give: Dr. Allen Eaves & STEMCELL Technologies