In Why We Give stories, Science World donors share what inspires them to fund the future.

As Dr. Robin Louis and his granddaughter Annabelle spend time together on an island off the Sunshine Coast, he notices her observations. “This morning, she looked out the window and said, ‘Oh, no, all the water’s gone!’ And that kicked off a long conversation.”

Annabelle asked what causes the tides, and why they happen twice a day, and how the moon stays up in the sky. “And you can explain all those things with physics,” says Robin. “It's very related to our day-to-day interaction with almost everything.”

Dr. Robin Louis and his granddaughter observe the tides. 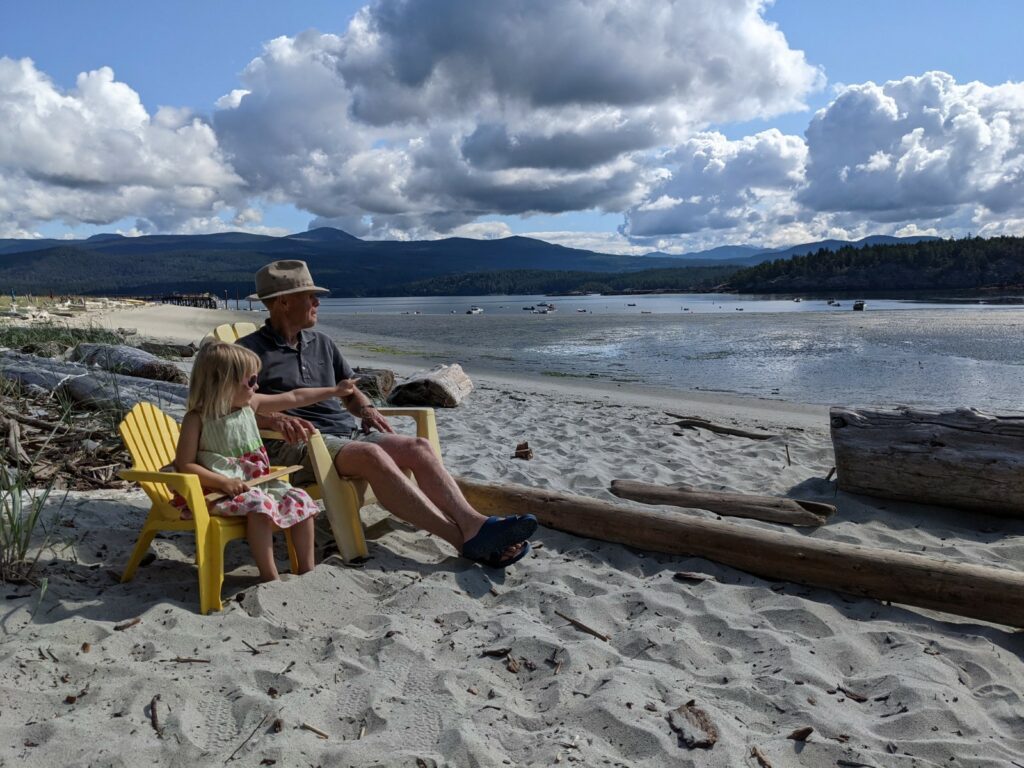 Robin cites Einstein’s thought experiments as an inspiration for his lifelong career in STEM. “I mean, here’s someone sitting in a room with a pencil and a pad of paper, just thinking through some very basic problems. It always strikes me as a wonderful thing.”

The challenge, Robin recognizes, lies in communicating these basic concepts to the public.

When Einstein’s theory of general relativity permeated Western mainstream media for the first time in 1919, The New York Times prefaced the article with a warning: “Efforts made to put in words intelligible to the non-scientific public the Einstein theory of light so far have not been very successful.”

Science World, Robin says, is a part of the solution in making science and science learning accessible.

He believes science is for everyone, “not just specialists,” and sees the future of the organization as a province-wide resource to promote interest in science and a source of scientifically accurate information.

His most recent $100,000 gift to our $10 million Fund The Future campaign will help update our galleries and exhibits and bring online programming to over 3 million people this year.

In addition to his generous giving, Robin served as a Science World Board member for eight years; he founded and has chaired our Advisory Committee since its inception; and he led our Bridging The Gap campaign. Today, he’s a member of the Fundraising Committee for our $10 million Fund The Future campaign. To date, Robin has given an incredible amount nearing $400,000.

“Anything to promote decisions based on science is a big plus in the world.” 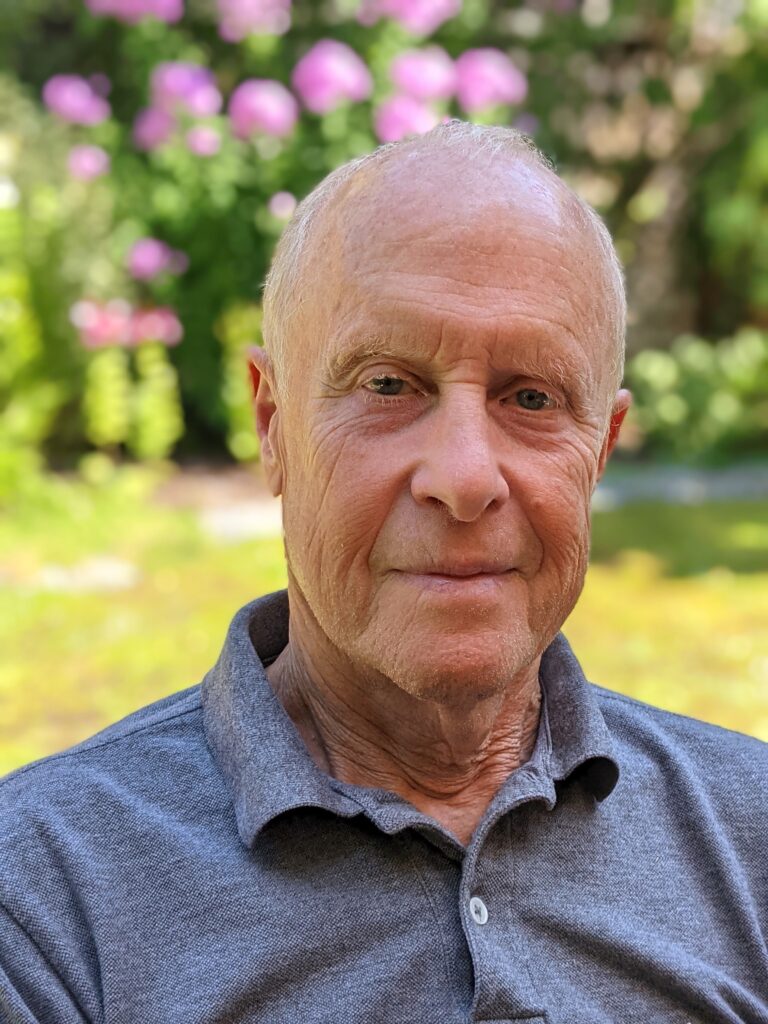 Having received his PhD in physics from UBC in 1971, Robin’s attraction to the field lies in its ability to interpret natural phenomena.

When it came time to choosing a career, Einstein’s thought experiments had influence again. “I thought to myself, if I could sit in a room and do what Einstein did, that would be really neat. But I didn’t think I was likely to do that. So, I decided to focus elsewhere.”

During his PhD, he’d taken every computer-science course UBC had to offer—a total of two. "In the mid-eighties, I gave away my physics books and started calling myself a computer guy.”

He’d also done some freelance programming for a local company that developed software for schools. “In one minute, we could schedule a high school with 1,000 students each taking 12 courses a year. By hand, that took weeks to do and was a horrible task. Solving that problem with computers was pretty neat.”

One day, a co-founder of the company offered Robin the role of president. He laughs, “I've never had a job where I knew what I was doing when I started.”

After selling the software company and testing out retirement, Robin entered his next career as a venture capitalist. “I wanted to maintain my connection to science, and Science World was an obvious way to do that.”

His favourite Science World memory is from 2013 when Dr. Lyn Evans, project leader of the Large Hadron Collider, visited the dome. His free talk about the world’s most powerful particle accelerator—capable of recreating the conditions less than a billionth of a second after the Big Bang—attracted hundreds.

“The place was packed. The collider is one of the most complicated machines ever constructed, by the most specialized scientists in the world—very technical and very complex, but the public was totally engaged.”

When people ask Robin why he gives to Science World, and not, for example, to cancer research, he poses a sort of thought experiment.

“Finding a cure for cancer is a very difficult problem. There are a lot of people working on it today, but we’ll need to have lots of smart people working on it in the future. Science World reaches those future researchers and doctors at an early age and encourages them to pursue science.”

Make a donation to our $10 million goal and join our growing community of Science World donors. Because the future needs more nerds.

Why We Give: James Dean

Why We Give: Julia Zaks & Robert Chin