Science World is a charitable organization that engages British Columbians in science and inspires future science and technology leadership throughout our province. We engage children’s natural curiosity about the world; we encourage them to formulate questions and then to actively seek answers to those questions, using whatever tools are at their disposal.  With the increased focus on inquiry-based learning in the BC curriculum, Science World supports teachers to integrate inquiry learning into their classrooms.

Inquiry-based learning requires guidance from the teacher to support students’ progression along the inquiry continuum.

This activity can be adapted for any level of inquiry, depending on the students’ familiarity with inquiry-based learning. It is important, at all levels of inquiry, that teachers help guide students through their thought processes (meta-cognition) based on their observations.

Aerodynamics is the study of how gases move around things. The word has its roots in the Greek words for “air” and “power.” Air, which is a gas, creates lift as it passes over and under the loops of the hoopster. The loops of the hoopster are airfoils. Air moves faster over the top curve of the loops than beneath the loops. This creates a low-pressure zone above the hoopster that lifts it into the air. The hoopster is an example of Bernoulli’s Principle: that fast-moving air has lower pressure than slow-moving air. 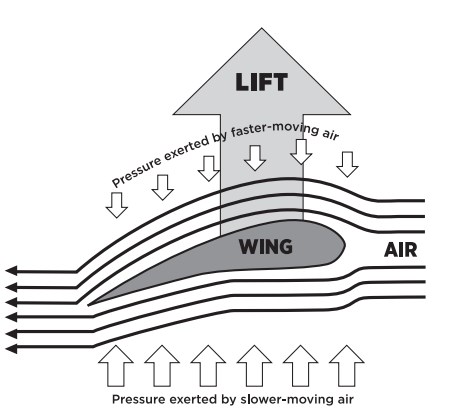 Teacher's Note: Scientists are not in agreement about how much Bernoulli principle versus Newton's Third Law of Motion contributes to lift in an airplane. As an extension activity for keen students, they may research the respective arguments and present them to the class, or find some way of building a model to test both theories.

Hypothesis:  a proposed explanation made as a starting point for further investigation.

Prediction: a statement about what might happen in the future.

Example of the Inquiry Process 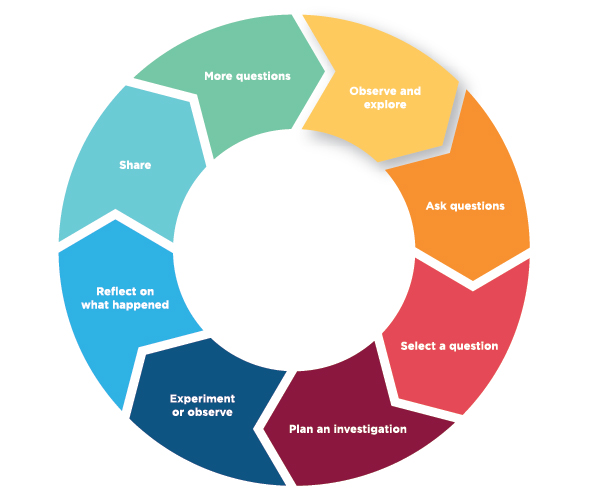 Ask Questions for a structured or guided inquiry:

If students are familiar with inquiry, omit the question posed in step 2 for a more open inquiry.  Help students form their own questions for investigation (ones that can be answered by taking action) with starters such as:  “What might happen if…” or include the phrase “does the____ make a difference?” or “How does ____ affect ____ ?”

Class discussion: Which hoopsters flew further? Why? What have you learned about the hoopster? What questions do you have now?  Discuss results using the forces of flight.