The Chair of our Fundraising Committee shares what inspires him to support Science World and why he believes this organization is vital to the future of BC.

In basketball, you’re more likely to sink a bank shot from certain positions on the court, even when you’re equal distances from the net. Why?

In Grade 8, living in a small town on Vancouver Island, Manny Padda was determined to find out.

His coach told him that if he wanted to play professionally, he needed to take 500 shots a day. So, Manny spent hours on the court. He measured angles and ball spins and calculated distances. Geometry and math empowered his dreams of pro-ball.

“When I realized science could help me get better at something I loved?” he reflects back. “That was pretty amazing.”

Today, he’s the Founder and Managing Director of New Avenue Capital, a private family office that invests into social-impact enterprises—tech companies that give back.

Though he pivoted away from basketball, his drive to confront challenges from every angle while using science is still a full-court press. 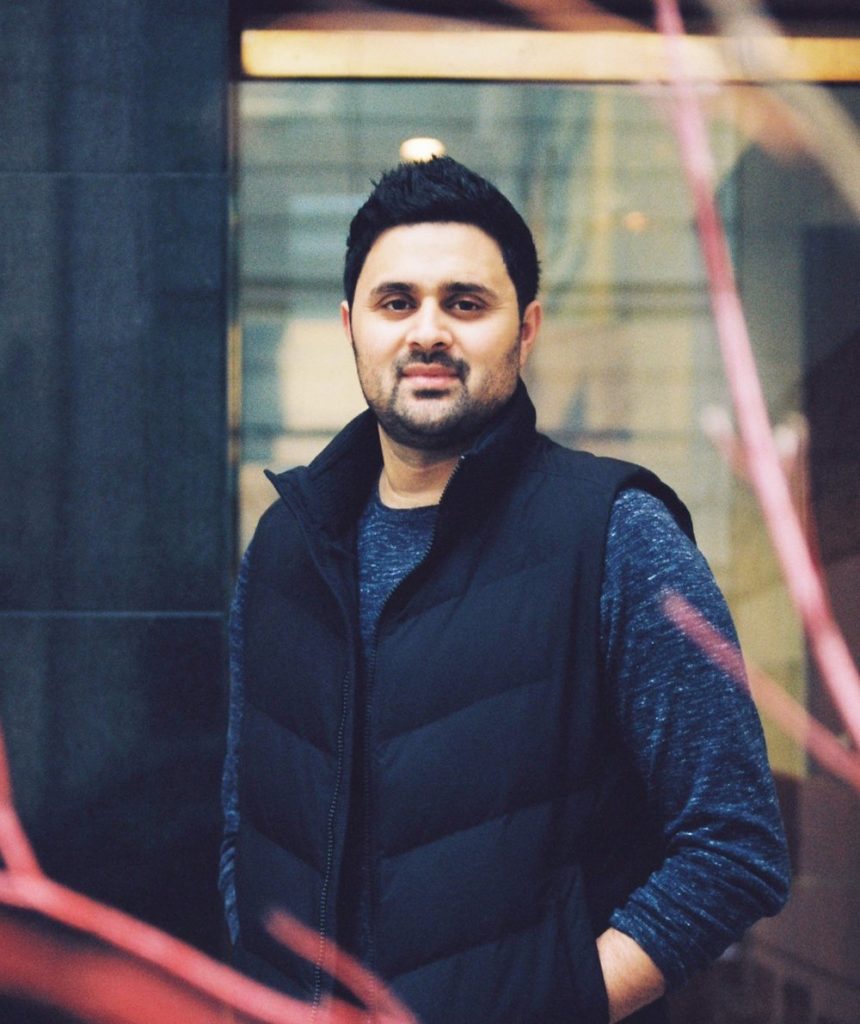 That’s why he chairs Science World’s Fundraising Committee, a group of STEAM-minded professionals tasked with raising $10 million in 2021.

This team of industry experts and leaders are supporting 2 major initiatives: the first, scaling our program digitization to reach over 3 million learners this year, especially those in rural, remote and Indigenous communities, as well as women and girls. The second, building immersive experiences and vital capital projects that continue to connect people in British Columbia to science and nature.

Manny says both these expansions are critical for meeting the biggest challenges our world faces, and for the future of our economy.

Give and Take and Give

There’s a story Manny’s mother likes to tell about her son. On a family trip to India, she gave her 9-year-old boy some money to bring to the temple and put down as alms. Before entering the temple, however, Manny saw a man sitting on the steps and gave him the money instead. “He looked like he needed it.”

Today, Manny donates a percentage of his earnings to organizations in BC that help remove barriers to opportunity, “because a society is only strong when everyone has equal access.”

Beyond that, giving to Science World helps deliver vital skills to learners in BC who might then turn around and create companies that Manny can invest in and help grow.

“The more skills we give our kids in STEAM, the better jobs they’ll have in BC. There’ll be a precipitous and tangential line from Science World to the jobs we can create. Why wouldn’t I invest in Science World?” asks Manny, who is also a founding donor for Wonder Gallery and a presenting sponsor for Science of Cocktails. “It’s a win-win-win-win.”

Manny helped us open Wonder, our gallery designed for kids age 0 - 5. Here he is with his wife Sunita and their child in 2017. 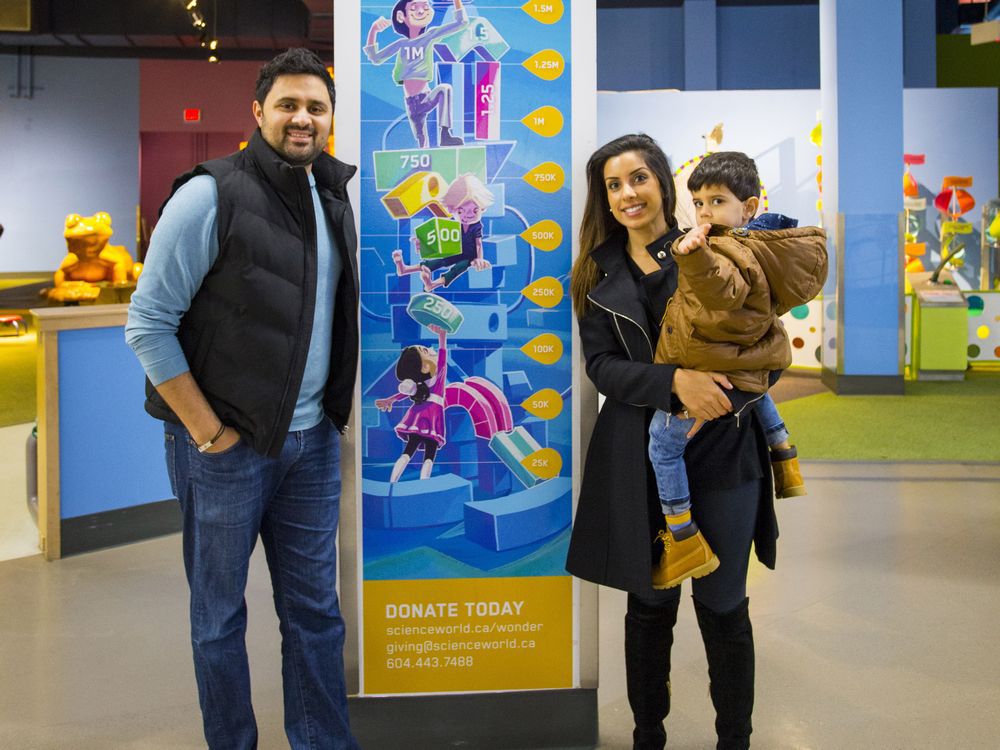 He attributes both his trust in education and his philanthropic mindset to his parents who worked at a local sawmill and in retail on Vancouver Island. With their earnings, their family helped several more family members emigrate.

“And still, every summer I went to an education and sports camps and got new pair of basketball shoes,” Manny says. “I always knew I was very privileged.”

As an investor, Manny says he “leaves science to the experts.” But, as someone with a lifelong battle with anxiety, he relies on it every day.

“If I’m feeling sad, I’m like, ‘Okay, I’m missing out on vitamin D and serotonin. I need to go exercise.' Understanding scientific evidence is literally the only way humanity can survive going forward.”

“The more we build up people’s general knowledge in STEAM, the more they can reasonably question things.”

He wants potential donors to know 2 things. The first, that Science World is an incredibly fiscally responsible charity, with less than 2% of our funding coming from the government. The second, that the new and expanding digital outreach is for people at every income level.

“That’s why I give. Because it’s for everyone’s future. We’re at an inflection point of where we’re going with Science World. And it’s going to be amazing.”

Make a donation to our $10 million goal and help fund the future.

Why We Give: Dr. Ali Tehrani & Zymeworks

Why We Give: James Dean

Why We Give: Julia Zaks & Robert Chin