Future Science Leaders is Science World’s weekly afterschool enrichment program for teens at Science World in Vancouver and the Health and Technology District in Surrey. We are now accepting applications for 2020-2021.

Read stories from current participants about how Future Science Leaders has cultivated their curiosity, shaped their aspirations for the future, and provided many fun afternoons of STEAM (science, technology, engineering, art & design, math) in the process.

Enter the dome and head through glass doors, past Science World’s Centre Stage, up the elevators to the second floor and beyond the bustle of Wonder Gallery. In a hidden corner of the building, a colourful laboratory called the Launchpad awaits, brimming with all sorts of scientific equipment. A quote from Carl Sagan’s last interview greets you at the entrance: “Science is more than a body of knowledge. It is a way of thinking.”

Future Science Leaders gather in the Launchpad at Science World. 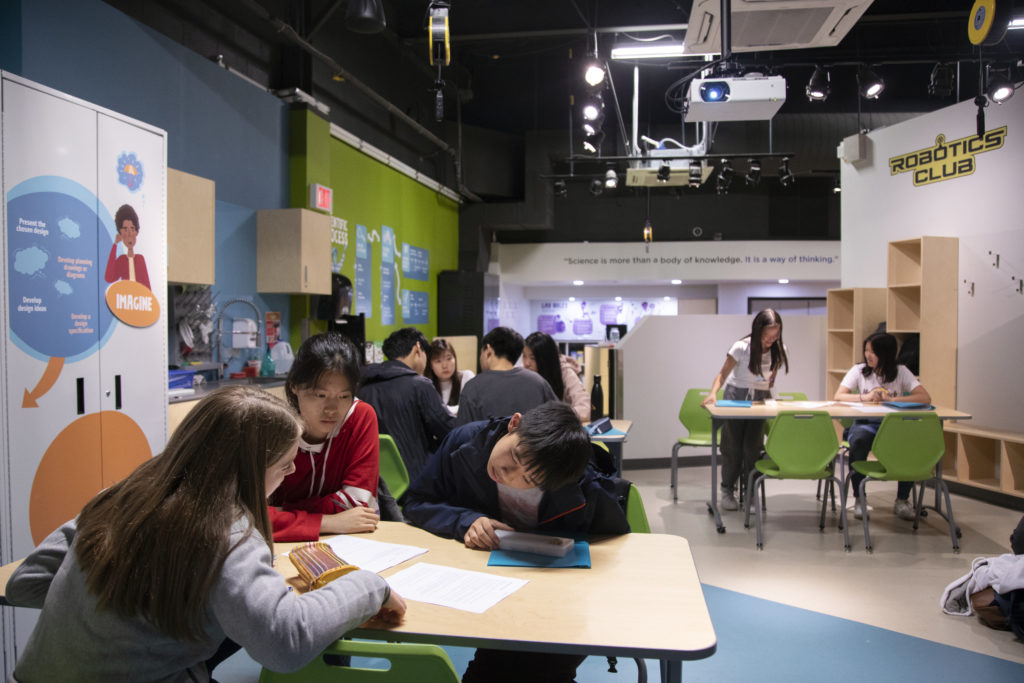 Here, the Future Science Leaders assemble, filtering into the Launchpad and chatting excitedly. I catch snippets of their conversations spilling over one another. I hear about parabolic dishes and electric generators. University applications and science fairs. Running code and module errors. Agar plates and solar power. Forest fire simulations and magnetic flashlights.

These teens are in the second year of the program and are completing major projects—either Research or Engineering—on subjects important to them. I’ve come to hear about their STEAM journeys: how the skills and topics they learned at the beginning of the program have led them where they are now.

One by one, they tell me about their projects.

Ellie is testing the efficacy of nighttime teas. Emily is creating sustainable dye using food waste. Sean wants to find out if micro-plastics threaten the bacteria in our gut. And then there’s Yumai, who just might just have the biggest question of all.

To do that, she is investigating the buoyancy of arks. When Yumai became a Future Science Leader, she found a 2013 scientific paper that piqued her interest. Scientists had found that, using dimensions from an ancient text, they could create a boat that would carry 70,000 animals. Yumai wanted to dig into that research herself, and is now working with different materials and angles for the hull, seeing if she can build a vessel that floats.

“I never thought I would complete a physics project. I thought I would go into biology,” she tells me. But, after Future Science Leaders provided her the opportunity to engage with multiple physicists from vastly different fields, Yumai realized: “This is something I can do.” 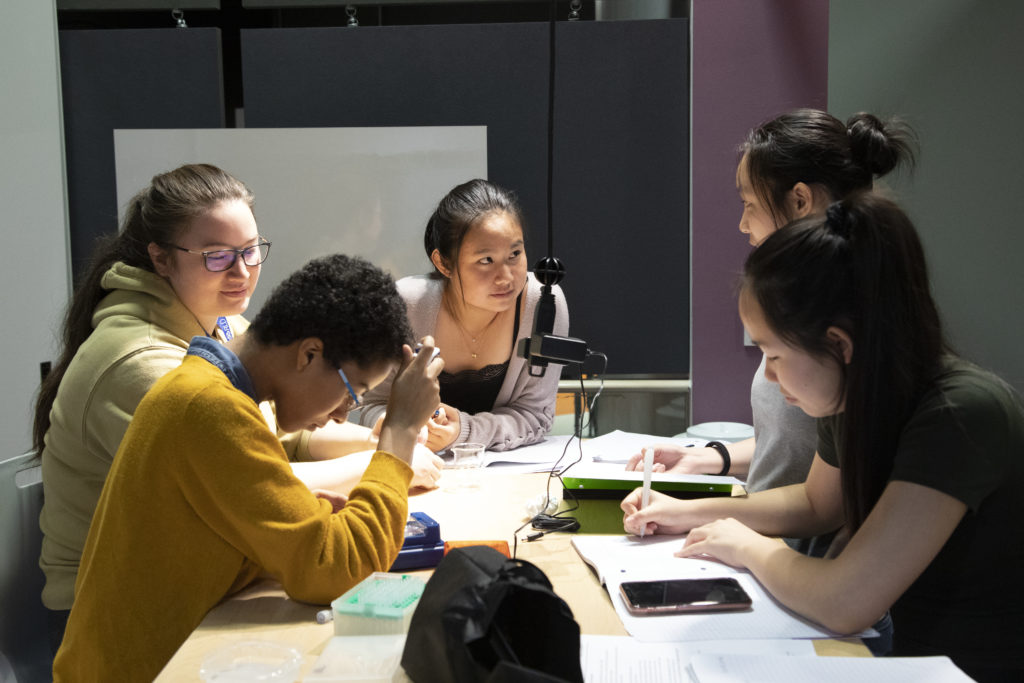 Flora is saving energy by building a shoe insert that could power a computer monitor. Rand is protecting the environment by making fertilizer using coffee grinds. And Robin hopes to reduce litter by creating an object-detection algorithm for a device that alerts pedestrians to errant trash.

Like Yumai, it was the exposure to two PhD candidates in Future Science Leaders that helped him realize he wanted to pursue mathematics.

After that, he started learning advanced math that he wasn’t being taught in grade 10, like linear algebra and multivariable calculus. “That’s when I encountered machine learning and coding. And I started a science fair project that I knew Future Science Leaders could help me complete.”

It’s not all machines, algorithms and coding though, for Robin. “The first phase of this project had me finding and labelling over 700 digital images of pieces of garbage,” he says with a wry chuckle. 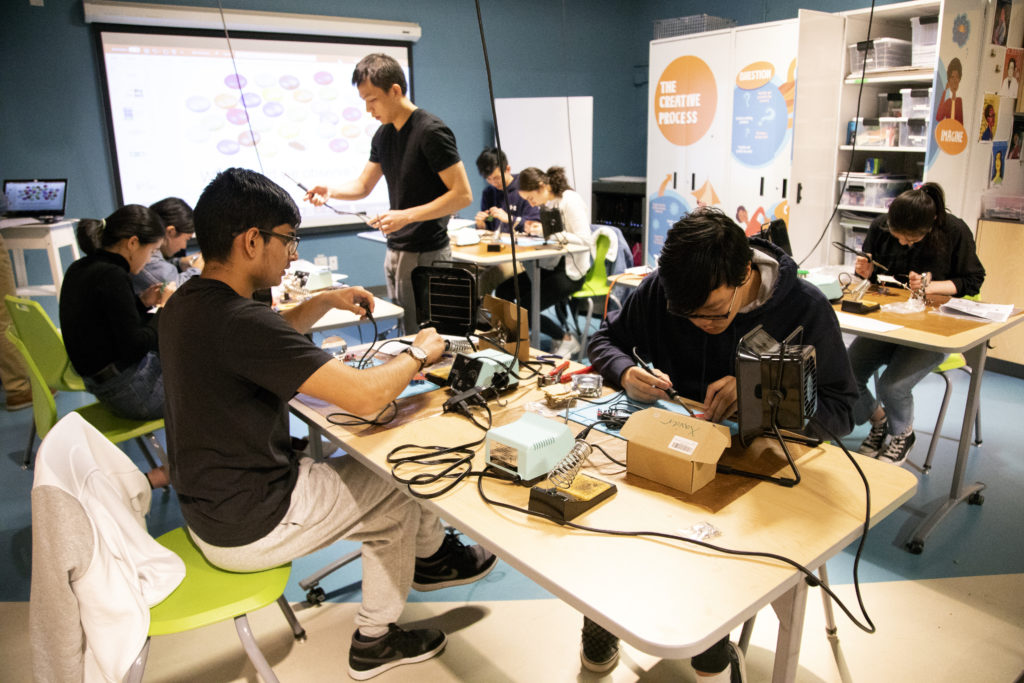 Students with this kind of dedication to STEAM have been finding their niche in Future Science Leaders for almost ten years. The program’s alumni go on to win international science fairs and prestigious scholarships, supported by the multifaceted mentorship that continues after the program ends.

We’re looking for the next generation of Future Science Leaders.

Love science? Crave challenging, hands-on experiments? Want to meet peers with the same passion for inquiry? Future Science Leaders could be for you. Registration is open now.

Could You Be a Future Science Leader?

We Should Embrace the Unknown: An Interview with a Future Science Leader

Where are they now? Future Science Leader: Megan Nantel